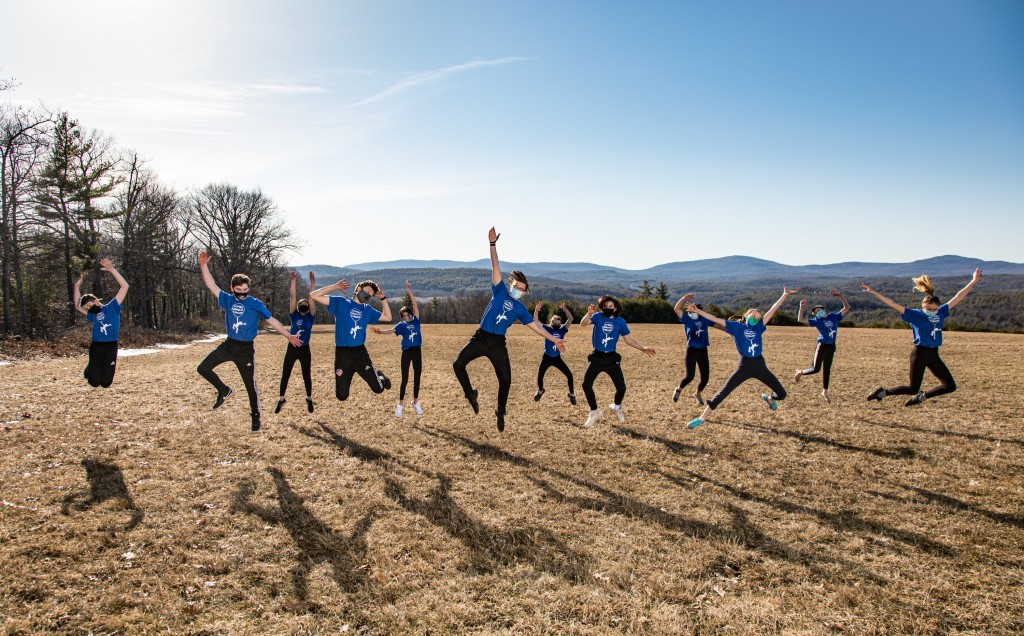 A walk in the woods is good for your heart and soul. That’s science talking. The serene influence of nature combined with the simple effort of walking in forest air can calm and fortify a person better than any tonic. But what if you add a little art and amazing displays of talent and skill to the walk? The organizers and performers of Circus in the Woods are conducting an experiment to find out what happens, and you can be their subject. Here’s what you need to know, in four acts: 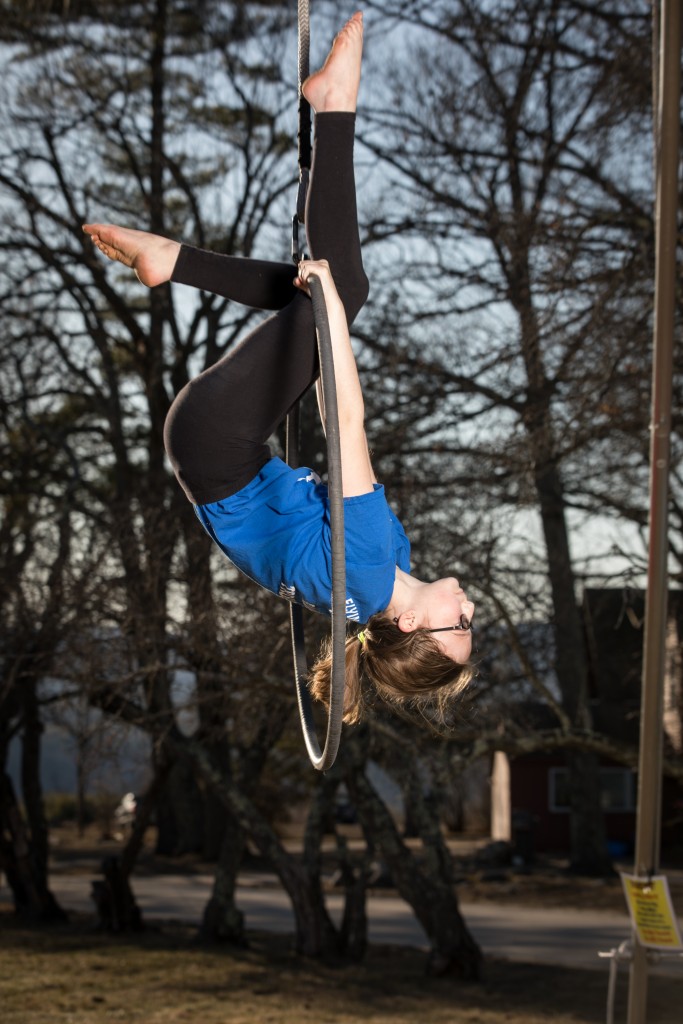 Act 1: Forest for the Trees

Imagine: Family and friends alike arrive at a familiar, beloved conservation property on a beautiful early summer day. While masked and socially distanced from other family units, guests walk onto a wooded path, where the sound of music reaches their ears just as they come across a team of jugglers among the trees. After watching for a few moments, they continue through nature to find acrobats and handbalancers, tightwire walkers and aerialists on silks or trapeze, suspended from a silver rig glistening in the afternoon sun.

In the thick of the pandemic, the concept of Circus in the Woods came as an epiphany to Jackie Davis, the founder and executive director of Flying Gravity Circus (FGC). She wanted to create a show where spectators and performers could be safe and socially distant while enjoying the magic of circus. Now Davis is thrilled to be partnering with the Harris Center, the Beaver Brook Association, the Hooper Institute and the Andres Institute of Art as hosts of her fully realized plan for the Circus in the Woods.

The Latin root of the word circus is “cir” — a ring or circle — and while most traditional circus performances tend to adhere to the traditional ring, tent or theater setup, the organizers of this year’s show decided to turn things upside-down by reviving a tradition of an outdoor circus that dates back to Rome in the 13th century.

Organizers will create a loop trail for the audience to follow around the grounds of each host venue, with circus acts performing at designated stops along the way. “I’m looking forward to the circus community seeing new things at the nature centers and to the public who frequent the nature centers seeing those places in a new light,” says FGC Artistic Director in Residence Rachel Schiffer. “There’s an extremely exciting exchange happening here, where circus and nature get to highlight the best of each other’s world.”

Flying Gravity Circus was started in 1999 by a group of 11 students from Pine Hill at High Mowing School in Wilton.

“When we came up with the idea of starting our own circus company, it was really a new and exciting idea that we could start a youth circus,” says Jon Roitman, founding member, head coach and artistic director

Although Schiffer and Roitman have crossed paths while performing and working within the circus community, the Circus in the Woods project is the first time the two are collaborating on a show.

“You can’t have enough sharing and exchange in the arts,” says Schiffer. “If you’re stuck thinking about the same thing in the same way over and over, where are you going to go from there?”

Roitman flashes an enthusiastic grin — his excitement for the upcoming shows. “Just being able to create art again in the way that I love to do, and the way that these kids love to do, is what I’m most looking forward to. Circus really is a performance art, and without the chance to do it in front of an audience, it just doesn’t feel the same to the kids or to those of us running the program.” 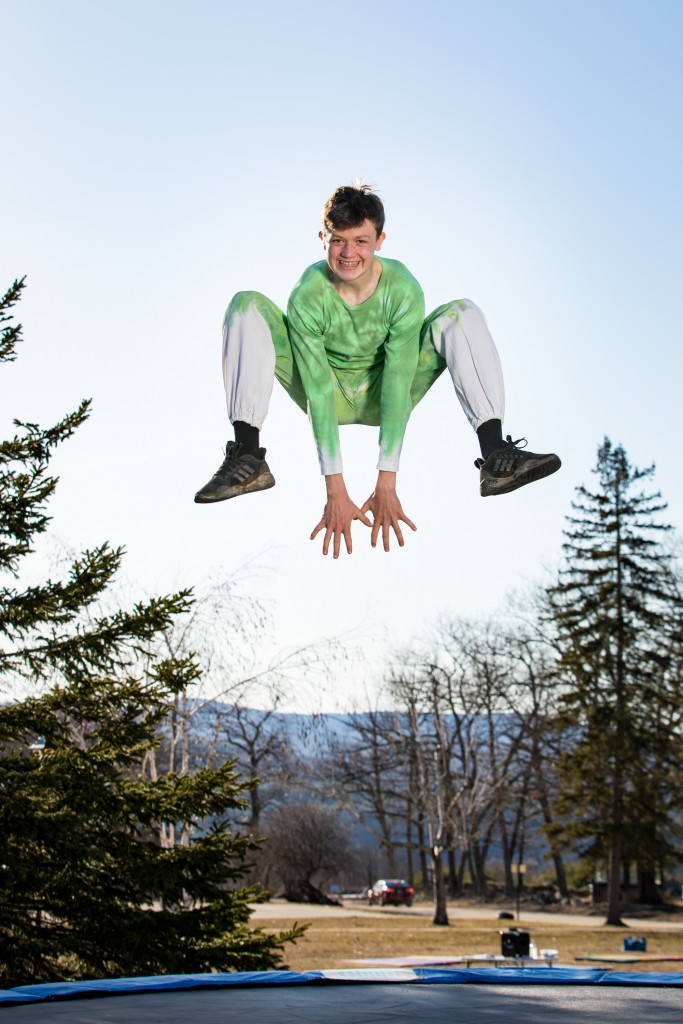 Avery Steere reaches new heights as he impersonates a frog on the trampoline. Photo by Kendal J. Bush

It was as children that Roitman and Schiffer both found their own love for circus, so it was natural for them to develop their own skills by teaching and inspiring young people in a safe environment of inclusivity. “Jon is a really good teacher and he has a wonderful way of speaking to everyone on the same level,” says Schiffer, “but he also recognizes that each student is different and each requires something unique and special. Every one counts for Jon, and there’s no stopping his trajectory to try to move that forward.”

FGC troupers Judith Boyd, JK Kamieneski and Emily Fulton have been practicing all year preparing for the shows this spring. The three 14-year-olds share the bond of circus and a tireless work ethic that keeps them all pushing the boundaries of what’s possible.

With silks blowing like sails in the background, Boyd offers a shy smile while sitting propped atop a stack of primary-colored practice panel mats. “I think it definitely helps boost your confidence a lot, and I think it’s really good to be in an environment where it’s safe to fail, and it’s healthy and natural to fail. No one is going to get an aerial drop [a thrilling plunge on the silks] on the first time and have it be easy, but once you get it, it’s like you can overcome challenges and you can succeed,” says Boyd.

Kamieneski flashes a showstopping smile while attempting to juggle pine cones. “Some tricks take a lot more practice than the others, but I feel that when you work so hard and then you get it, you feel a sense of joy. It can be very frustrating, but in order for you to do circus you have to develop patience.”

Across the practice field, Fulton performs some of her finest circus skills for her mom who is creating a video for her upcoming audition for Circus Smirkus, an award-winning youth program based in Vermont. “Here we can just be teens and have fun and be safe, and then we have this circus that brings us all together with shared skills and a shared love,” says Fulton. “Having people like Jon and Rachel around are living proof that, yes, this works and you can get good at it — that is what’s best about it.”

The teens are all looking forward to the shows this month. As she shares her exhilaration for the Circus in the Woods series, Fulton beams. “I think it’ll be cool to combine nature and circus and get to carry on the tradition of doing circus outside, in nature, and I think that will be a lot of fun,” she says.

Roitman shares the troupers’ enthusiasm. “This is such an exciting time for us to continue growing. I can’t wait to see what we do next.”

For tickets and more information on FGC events and programs visit:  flyinggravitycircus.org

Times: Visitors will be grouped in small pods (socially distanced) for shows at 2, 3, 4 and 5 p.m.

* These sites are wheelchair accessible across unpaved terrain.

** Not recommended for wheelchairs — rugged terrain accessible by wooded trails only.

Categories: Family-friendly things to do, People