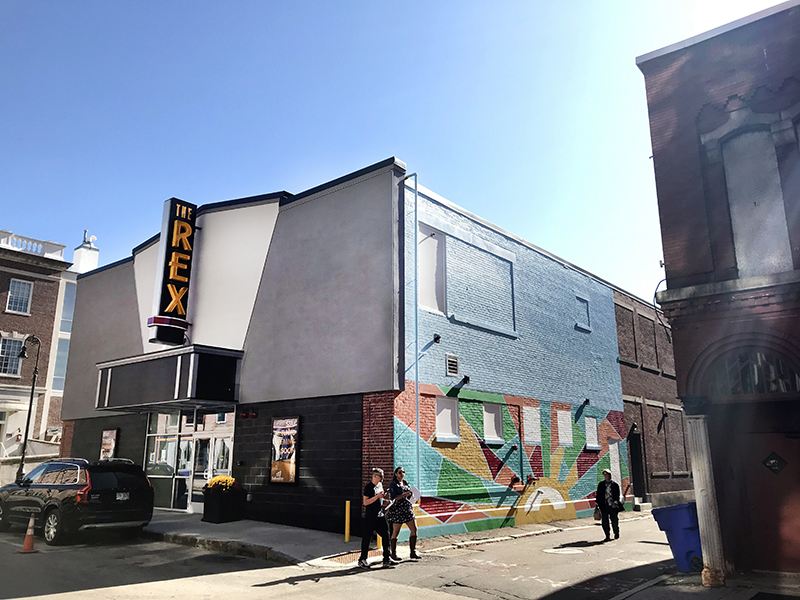 The new Rex Theatre on Amherst Street in Manchester. Photo by Chip Allen

The Rex, which is operated by the nearby historic Palace Theatre, has undergone a number of transformations over its 90-year lifespan. Originally a printing press, from the 1940s to the 1980s it was a movie theater, and much more recently was used for a series of nightclubs. After the last club closed its doors, the building, which was by no means in the best shape, sat empty. For years there were rumors and ideas floated about restoring it to a home for the arts — something that has happily come to fruition.

Today, the extensive renovations have returned it to something akin to its movie house days — a versatile 300-seat venue for music, comedy, meetings and much more. It’s a nice complement to the much larger 800-seat Palace and its adjacent intimate Spotlight Room, giving organizers more options from entertainment to providing a welcoming gathering space for the community. We look forward to many great events at this wonderful addition to Manchester’s downtown.