Today’s school supplies include a bit more than new shoes 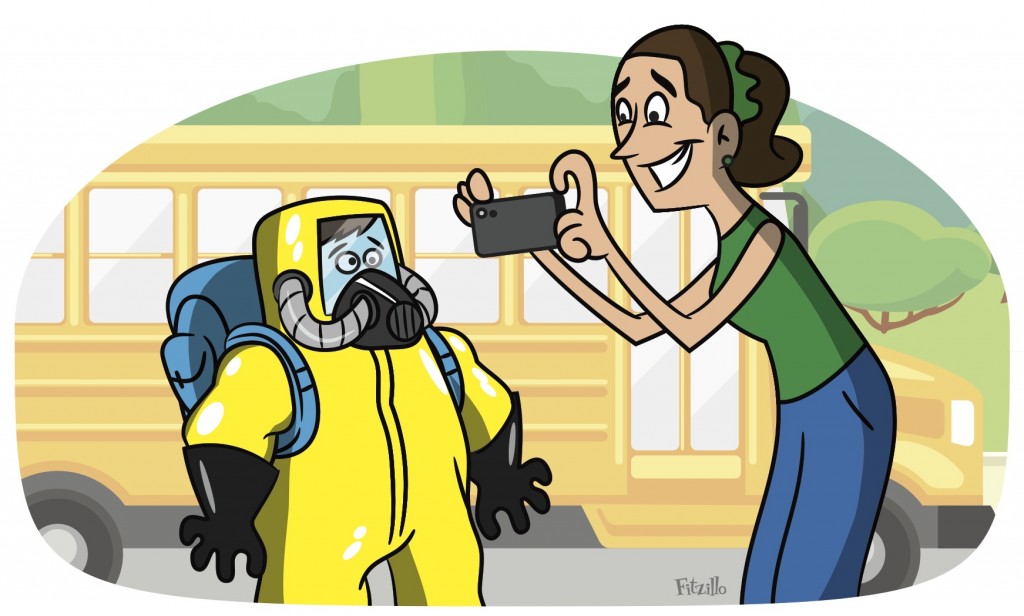 It’s back to school time. If you, like me, are old enough to remember Benson’s Wild Animal Farm, those words open a junk drawer of mixed emotions: excitement, anticipation, sheer terror.

As I recall, most girls typically liked going back to school because it meant one thing: new shoes. Back then, 95% of shoe sales for kids happened the last week in August, also known as the High Holy Days at Red’s Shoe Barn. Most kids got one new pair of shoes a year, and we had to take care of them as if they were Dorothy’s ruby slippers because they had to last till next year, at which point they became our Regular Shoes.

See, we only had two pair of shoes. Of course, shoes cost more then, but they also lasted longer than today’s shoes for kids, which hold up for about 15 minutes before they start shedding bits of Velcro and you have to go to CheapMart and buy another pair made from recycled No. 5 plastic
by highly skilled machines in China.

New shoes were not a big back-to-school incentive for us boys, nor were the two pair of pants and three shirts our moms bought from Monkey Wards or the Sears catalog. For us, the only good thing about going back to school was the new TV shows that came out at around the same time. The promise of “Batman,” “F Troop” and “McHale’s Navy” on Channel 9 was like a pre-anesthetic, numbing us to the impending pain of long hours on wooden chairs, writing reports about Gen.John Stark or the New Hampshire state bird (the purple finch, which eats seeds, berries and insects). We did like getting new supplies: pencils, notebooks, and a protractor and compass that we never figured out how to use except for scratching our initials on desktops.

Then there were the three-ring binders. Rich kids got new ones with paisley patterns or fake alligator skin. The rest of us got castoffs from Dad’s office or freebies from Smerdley Insurance (“Serving the Insurance Needs of Frost Heaves since 1959”).

These days, of course, kids head off to school with more supplies than Lewis and Clark carried on their expedition. A typical back-to-school list now includes: 87 pencils, 12 colored folders, 10 sets of markers, nine pink erasers, four calling birds, and enough glue sticks to construct a full-size replica of the state capitol.

This year, kids will also need hand sanitizer, tissues, wet wipes and a Peewee Protective™ hazmat suit. That’s only in the more metropolitan communities, of course. In other parts of New Hampshire, kids will go back to school with nothing more than an open carry permit. It’s a Live Free or Die approach that lets each school district decide how it’s going to handle reopening, following the guidelines of the CDC, the WHO, HBO or the National Society for the Preservation of Covered Bridges (headquarters, Hillsboro).

Personally, I’ll be hunkered down watching the “Flintstones,” pretending it’s September, 1960. And I’ll be wearing my School Shoes, so there.

About Fred: Fred Marple has been staying home, avoiding people, and limiting social contacts at his home in Frost Heaves, New Hampshire. Nothing has changed.