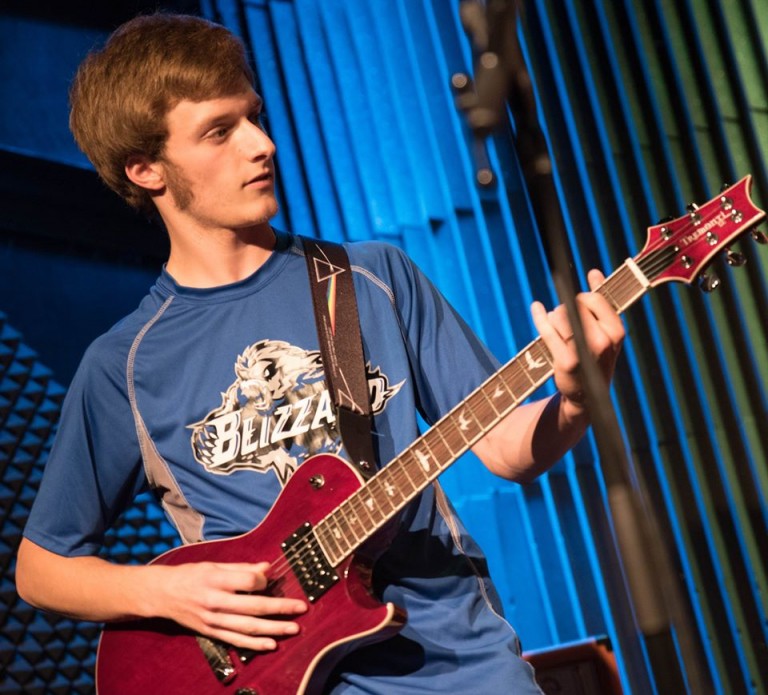 Jason Flood loved to play soccer, Little League and deck hockey. He taught himself to play guitar and bass, liked to sing, played in bands and took part in chorus and drama productions.

Jason, a Pinkerton Academy graduate and Derry resident, also struggled with undiagnosed depression, and he took his own life on November 20, 2016, at 18 years old.

Since his death, his family and friends have worked to keep Jason’s memory alive through the Jason R. Flood Memorial Fund — a group designed to raise awareness and combat the stigma of mental illness.

The purpose: “Get kids together and get them talking,” Jason’s mother, Danielle, says. “For us, it’s about getting kids to do what they love and finding things that make them happy. It’s about letting them know they’re not alone and making sure they know there’s always somewhere they can turn or someone they can talk to.”

“It grew out of a crazy idea from a bunch of tenth-graders sitting in a band room after school,” Jason’s father, Douglas Flood, says of the original concept. “They were in their own little punk band, and they said that one day they’d want to have an all-day festival at MacGregor Park and have music and pizza all day. Unfortunately, they never pulled it off. After our son died, though, the kids came to me and said, ‘we can do this.’”

And they did. Last year’s Pizzastock was the first two-stage event, and this year’s event was to feature 18-27 acts on three stages. COVID-19 altered the plans, however. Pizzastock 4 will now feature several bands streaming from two studios in Derry on July 18 and 19. 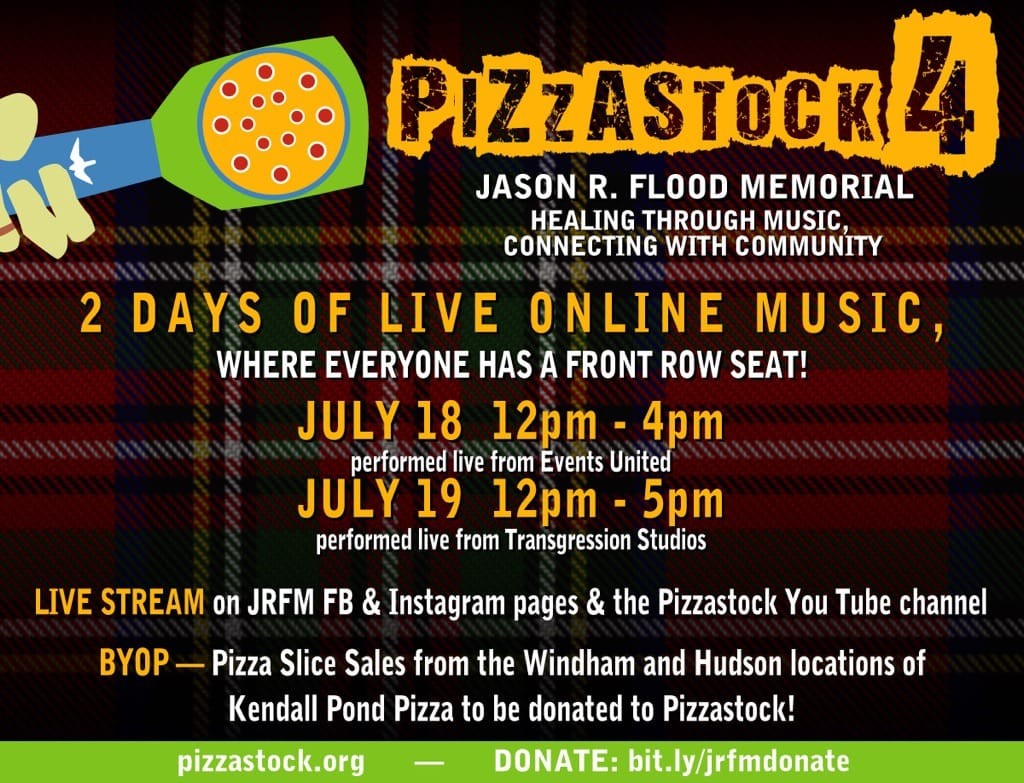 Sunday
Brenda Guggisberg from The Upper Room, a Family Resource Center
Laurie Ato from the Center for Life Management
Adrianna Buccieri from the Boys and Girls Club of Greater Derry