No Man’s Land Between NH and Canada

Looking something like two toddlers in a playpen or two boxers about to go toe-to-toe swapping punches, there exists an odd configuration of boundary markers in northern New Hampshire on the international border between Canada and the US. These two bounds are near the point where Route 3 crosses from Pittsburg, New Hampshire, into Chartierville, Quebec, and are about as far north as you can go while still remaining in New Hampshire. Stories told about these side-by-side monuments say that one bound is in Canada while the other is in the US, and between them lies approximately 18 inches of no man’s land. 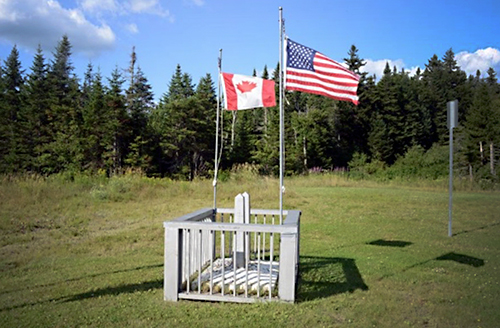 If you are wondering why there are two monuments marking one single spot or how there came to be a gap of no man’s land between the two countries, you have to look back to 1842 and the Webster-Ashburton Treaty, named in part after New Hampshire statesman Daniel Webster. This treaty was written to end some 60 years of squabble over the border. The dispute resulted from an unclear description included in the 1783 Treaty of Paris, which officially ended the American Revolutionary War.

When the Webster-Ashburton Treaty was negotiated and finally executed, the two countries, by mutual agreement, set out to survey the length of the newly defined border from the mouth of the St. Croix River in Maine and New Brunswick to the St. Lawrence River in Quebec and New York. Legend says that one team of surveyors started at one end and proceeded east, while the other team started on the other end and proceeded west. The two survey teams concluded their work in 1847 when they met in the middle in Pittsburg, New Hampshire. But at the point where the two surveys came together, they discovered that their lines didn’t quite meet, creating a discrepancy of a little less than two feet.

How to find it

A lot of the thrill in finding these sites is in finding the sites. Turn off your GPS or cell phone, look at old maps, use some deductive reasoning, talk to the locals, and go exploring. Explorers should always stay off private property and private roads without permission.

Considering the total distance that was surveyed, the equipment available and the techniques that were then in practice, this small discrepancy was not very significant. The two survey teams could not determine the cause of the error, nor reach an agreement about the proper location of the point, so they shook hands and erected two boundary monuments side-by-side that have remained in place, locked together by a concrete pad for more than 170 years. The International Boundary Commission now recognizes this double monument as Monument #484, yet it remains an unresolved — although amicable — dispute between the two nations.

As with any good tall tale, there’s another version of this legend. This alternate story suggests that there wasn’t really a surveying discrepancy at all, but rather that the surveyors involved had an extra monument with them (and a sense of humor) and decided to erect a double monument just to make for a good story. Personally, I prefer the version of a lack of precision that needs a little international camaraderie to resolve the issue.

One final tall tale told about these monuments says that the steel playpen erected around these bounds was done to prevent criminals from escaping into the sliver of no man’s land, and thus being beyond the reach of the law from either country. More likely it was done just to prevent snowplow trucks from bumping into the monuments while pushing snow around. 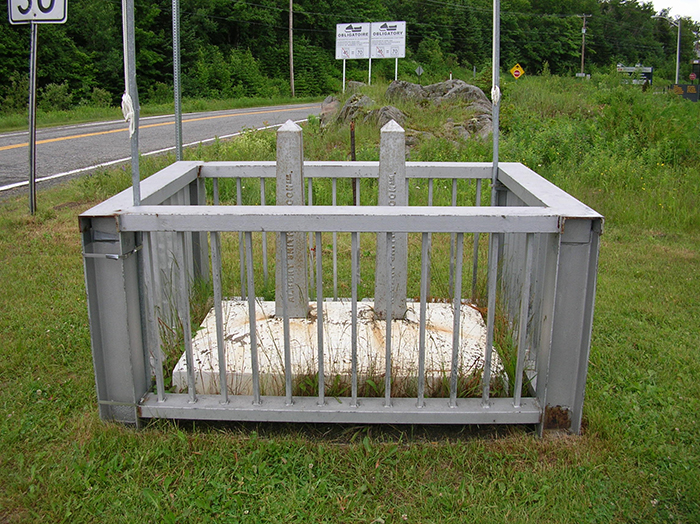 These pillars (above) in Pittsburg marking the border between the US and Canada create a small 18-inch gap of “no man’s land” that’s neither here nor there, unlike the usual single marker (below). 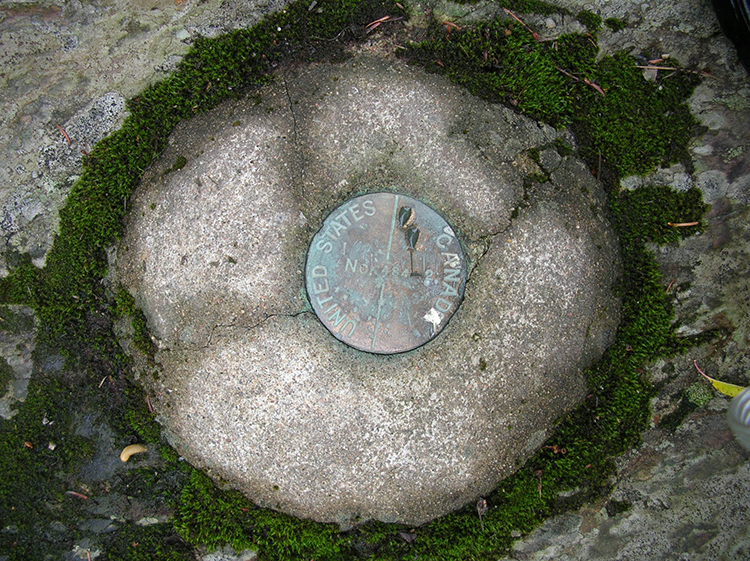