NH Native Produces HBO’s “The Lady and the Dale” 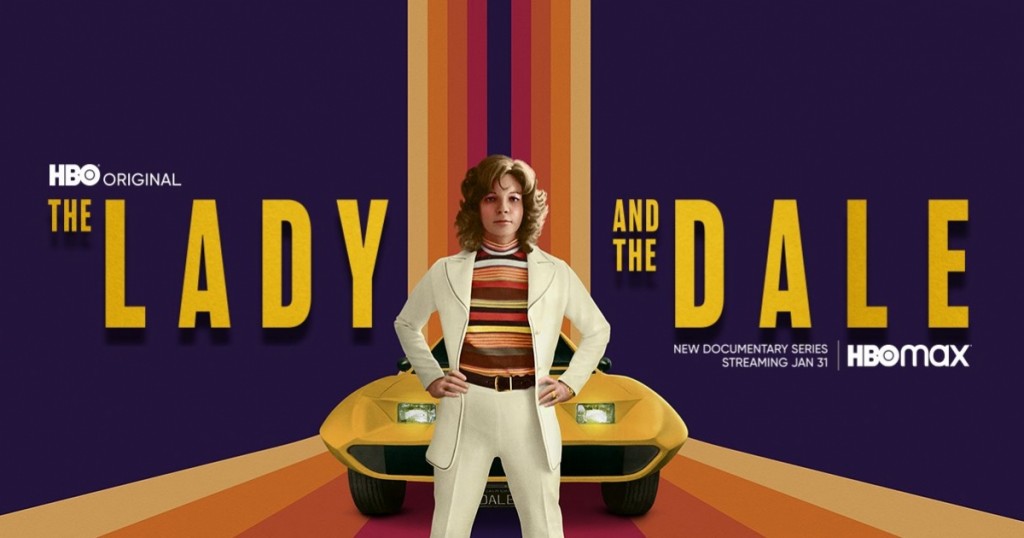 Nick Cammilleri, a Hampstead, New Hampshire native, has two remarkable stories to tell — the long-lost tale of Liz Carmichael, and his own story of financing a documentary series inspired by her life.

Coming across Carmichael’s story was a defining moment for Cammilleri. After watching an “Unsolved Mysteries” episode about her from the 1980s, he was hooked. “I couldn’t even believe her story; [it] was remarkable. I thought it was the greatest story I’ve ever heard in my life, and I was blown away by it,” he says.

Liz Carmichael was a mysterious, complicated and controversial character. But, those who knew her best — both family members and producers of the series — know that she was also charismatic, clever and charming.

She rose to prominence in the 1970s for several reasons. On the positive side, she created the 20th Century Motor Car Corporation with the original owner of The Dale, a type of fuel-efficient, three-wheeled automobile. The Dale was supposed to improve the auto industry at the height of the oil and gas crisis.

However, Carmichael was subsequently known for running a scam. A local reporter’s investigation found her company to be fraudulent, and he eventually outed Carmichael as trans. From there she fled, taking her investors’ money with her. For most of the rest of her life, she, her wife and five children were on the run from authorities.

Cammilleri financed the series by driving Lyft ride-shares and using settlements from two car crashes. He poured his heart and soul into this project — spending almost a decade researching, writing, filming and more. Right when he had started to give up hope on the documentary, he began to catch several critical breaks. First, producers Andre Gaines and Allen Bain were interested. Together with Cammilleri, they pitched the series to the Duplass Brothers, and eventually got HBO on board.

Carmichael’s story was not perfect, and the series does not claim that it was. A variety of old photos and videos, animations and cut-out images, courtroom and news coverage, and expert and family commentary is used to artfully complement the content of the documentary.

“The Lady and the Dale” encompasses many important current issues, including transphobia, crime, culture and media representation.

A trailblazer in more ways than one, Carmichael began her transition in a time where information and acceptance of trans people was limited and often misrepresented. Born as “Jerry Michael,” Carmichael faked her death and disappeared for several years. She re-emerged as a woman, Geraldine Elizabeth Carmichael.

Despite the feelings of fulfillment and success, Cammilleri says he’s “retired” from documentaries for the rest of his life, and will focus instead on writing.

“I’m retired from documentaries. It would have to be another Liz Carmichael to pull me out of retirement of documentaries. Nobody could will you the way that woman could. She was incredibly inspiring to me,” he says.

Cammilleri worked with a large team of writers, editors, researchers, consultants and producers. Elizabeth Pepin Silva, an award-winning documentary filmmaker, put in a ton of research work behind the scenes. She, Andre Gaines and Allen Bain were pivotal in the success of the documentary and often do not receive the full recognition they deserve, Cammilleri says. The producers also consulted many trans activists, such as Susan Stryker and Precious Brady-Davis, in order to properly understand Carmichael’s struggles and accurately portray her story. Zackary Drucker co-directed the series with Cammilleri, providing valuable insight as a trans woman and as an Emmy-nominated producer.

In the 1970s and ’80s, the media largely framed Carmichael as deceptive and fraudulent, and did not fully represent her story. Seeing an article praising “The Lady and the Dale” in the LA Times was closure Cammilleri didn’t know he needed. “I wanted something to take away from this project, and I didn’t know what it was. And then, I saw that article and I was like, ‘I’m gonna frame that, put that on my wall,’ because we gave her back. We gave her back her dignity — it got taken away. And it’s like, that means the world to me,” he says.

Liz Carmichael passed away of cancer in 2004, but her story — with a revitalized representation — lives on in “The Lady and the Dale.”

Deep in the Woods on a Fat Bike