Looking for a place to find good food, entertainment and a long list of beer choices? This list has something for every beer lover, whether you’re looking for a fine meal or late night fun with friends.

Though this speakeasy-style lounge is known for its specialty cocktails, beer lovers will find a nice selection of craft beers including a number of local options. Follow them on social media to learn the week’s password. Yes, you really need it.

There are 20 rotating drafts, many of which are local. If there’s somehow nothing on draft that appeals to you, the can and bottle list is impressive as well. There’s a full menu, though the wood-fired pizzas are hard to pass up.

With a beer list of 30 or so options on draft plus cans (check the website for frequent updates), there’s plenty to try here. The food menu ranges from snacks and tacos to full-size entrées and sandwiches.

Home to authentic German cuisine, this Hooksett eatery offers a selection of German imports on tap, including Spaten Lager and Faranziskaner Weisbier Hell. Many other bottled German beer selections are available as well.

The Beer Guide to NH

Originally known as “The Cellar Pub,” Biedermans has been Plymouth favorite since it opened in 1973. A wide selection of domestic and imported brews on tap includes Founders Porter, Moat Mountain IPA, Smuttynose Hommunculus and more. Food offerings include deli sandwiches and subs.

Derry’s Cask and Vine vows to support local producers of beer and wine, offering Granite State-brewed beers from both North Hampton’s Throwback Brewery and Hooksett’s White Birch Brewing. An inspired collection of sandwiches, entrees and desserts is also available on the menu. Reservations are suggested for parties of four or more visiting on Friday or Saturday.

Created by the owners of the popular Kittery, Maine, restaurant the Black Birch, the beer list features a number of craft selections, including local options and beer made right onsite at the restaurant’s own brewery.

Wash down excellent wood-fired pizza with a local beer − many from the Seacoast region. While you’re there, check out local brewery Tilton Brothers next door.

The name really says it all, but you can believe it — find inventive pizza plus a long draft and can list that features plenty of local options.

An n-trend gastropubo opened by the team behind the Hanover Street Chop House. They have a number of rotating drafts plus a long can and bottle list. Both feature an impressive amount of local breweries.

While the Fireworks’ focus might be on making “wonderful simple food,” the Keene eatery also boasts a collection of local craft beers. Selections from New Hampshire’s White Birch Brewing and Smuttynose are available on tap, in addition to other brews.

Manchester: Much like its sister restaurant, the newer Manchester location features an impressive list of local beers. For those willing to look for it, there’s an onsite speakeasy, Lost Luggage.

The Holy Grail Restaurant and Pub

Originally built in 1895 as Saint Joseph’s Church, the Holy Grail is one of the Seacoast’s most popular pubs. The building’s original church structure has been re-imagined to function as a restaurant. The “choir-loft” dining area overlooks the main bar, where pews serve as seats. A mix between a modern bar and a traditional Irish pub, many imported beers are on tap at the Grail, including Guinness, Smithwicks and Murphy’s Irish Stout. A consistent Best of NH Award-winner.

This hip, fun artisanal burger joint with a menu that includes everything from classic beef to a smashed falafel vegetarian patty. They also have an excellent craft beer selection.

Featuring a food menu with stuffed pretzels and sandwiches to go along with an excellent beer list with many local options.

A farmer-owned, farm-to-table restaurant that has 16 craft beers on tap plus organic wines and local spirits.

Irish pub on the shores of Newfound Lake that serves homemade entrees such as shepherd’s pie, fish and chips and Guinness beef stew. Live Irish music every Friday night. The draft list is short, but rotates and often includes something interesting in addition to the obvious Guinness. Bottles offered include Unibroue, Dogfish Head, Ommegang Abbey, Northcoast Brewery, Innis & Gunn and more.

The Local Eatery boasts a menu filled with local food creations plus a variety of New England brews on tap, including selections from Vermont’s Switchback Brewery and Maine’s Sebago Brewing Company. New Hampshire breweries White Birch Brewing and Woodstock Brewery are also represented at the bar.

There’s not much better than delicious pizza paired with a tall beer. La Festa has a number of excellent local drafts and bottles to accompany your brick-oven pizza.

Latham House Tavern serves 18 draft beers through English beer engines – a modern throwback to the days of cask beer. Those drafts include a rotating collection of local, national and international beers you might not find in many places.

Molly’s is far more than your usual college town bar. Their relatively small but impressive draft and bottle lists include mostly New Hampshire and regional breweries.

With over 50 beers on tap, this Hooksett restaurant invites visitors to “dive deep into the cultural roots of craft brewed beer.” Pair one of their backyard barbeque menu items with a draft brew. Just a few of the offerings on tap include selections from Red Hook, Smuttynose and Switchback. A Best of NH Award-winner for its draft selection.

The Orchard Grille at Applecrest Farm

This farm-to-table restaurant is actually located right on a farm. Doesn’t get fresher than that. In addition to the very local food, they have a relatively small, but well-considered local beer and cider draft list that changes frequently.

Home to inventive menu items with an Asian flair, the Pearl Restaurant carries a selection of local beers on tap. Try the Henniker Brewing Company’s Amber Apparition ale, or the Massachusetts brewed BBC Steel Rail. A wide variety of bottled beers and wines are available as well.

With an award-winning (including Best of NH) menu and several draft beer offerings, The Peddler’s Daughter is a Nashua favorite. Enjoy New England-brewed beers on tap including Sea Dog Wild Blueberry ale and Harpoon IPA. Imported offerings such as Hoegaarden, Boddington and Smithwicks are also available.

A new addition to downtown Manchester that opened in September of 2013. Interestingly, they serve Jamaican fare such as roti, fritters and stew peas. A nice tap selection with more beers available by the bottle.

This popular Concord eatery is home to the “Peanut Pub,” a bar with 35 draft lines. Check out “Acoustic Fridays,” when live music and beer promos are on tap. The main dining room also offers a menu filled with contemporary American dining options.

This northern New Hampshire eatery offers a variety of local beers on tap, including selections from Granite State breweries Woodstock Inn and Tuckerman as well as other New England brewers such as Switchback and Sea Dog. For those who come hungry, as its name suggests, a wide selection of choice steaks are a highlight of the Red Parka’s menu.

Gastropub style menu with mains that range from a gnocchi “mac and cheese” and grilled salmon to a roasted tomato tart and rosemary rubbed flank steak. Small plates are also offered and include ale steamed mussels, steak and cheese sliders, cod chips and more. Salads, sandwiches and burgers round out the menu. A large number of local and other craft beers are available on draft and by the bottle.

With a huge variety of domestic and imported beers available in bottles, this Bedford restaurant also features a number of draft beers. Woodstock Autumn Ale, Berkshire Steel Rail, Smuttynose Star Isle and – the classic – PBR are just some of the brews available on tap. A selection of wines and unique food offerings round out the menu.

Newer, but already bustling tavern with a menu of pub and comfort food favorites, plus a well-considered beer list with nice local selections.

Go to the Stone Church for great music, and stay for the excellent draft list that features a number of international and local beers.

Home to live blues music and an authentic pub atmosphere, the Strange Brew is a downtown Manchester classic. Over 100 draft beers are available from the bar, and the menu features a wide selection of munchies like the Chili Chicken Nacho Supreme and Fried Pickle Chips. Come on Tuesday night for selected two dollar drafts and half-price appetizers.

“A tapas style restaurant with an Americana twist,” more than 10 New England beers are on tap at this Laconia location, including selections from New Hampshire’s Smuttynose, Tuckerman and Woodstock Inn. The menu features offerings made with locally produced ingredients, organic when possible.

Thirsty Moose Taphouse has an ever-changing rotation of beers on tap. Though each location has a different number of drafts and bottle options, each one has a truly impressive list to choose from. Opening a fourth location soon in Exeter.

The Tavern is attached directly to the store operation, a butchery and specialty market. The market offers fresh house-made sausages, burger ground several times a day and any cut of meat you can think of. Over in the Tavern, find these same items grilled to perfection and stacked on a bun or baked in the oven for Texas meatloaf or BBQ baby back ribs. The Tavern now has 12 new lines and 20 New England Beers on draft. The Tavern was the Readers’ Poll winner for Best New Restaurant in 2013.

A New Hampshire landmark for over two centuries, Tuckerman’s Tavern at the New England Inn boasts a storied heritage. The location’s original farmhouse was built on the site in 1809, when the Eastern Slope of the White Mountains was still untamed wilderness. All these years later, Tuckerman’s remains a favorite place to stop for a beer or a meal.

Established in 2013 by a husband and wife duo, WHYM was created with one goal in mind: “to help others explore and enjoy the diverse world of beer.” The cafe-style bar showcases the “most delicious brews available” in the Granite State, as well as an extensive collection of bottled and canned beers.

With 36 beers on tap, there’s something for every type of beer lover at the Witches Brew Pub. Beers from around the country, globe and right here in New Hampshire are all represented.

Wolfe’s Tavern, located near Wolfeboro Bay on Lake Winnipesaukee, is an authentic New England-style pub serving an immense selection of brews as well as food options for breakfast, lunch and dinner. While you visit, be sure to try the Weihenstephan Hefeweiss – the world’s oldest commercially brewed beer. A Best of NH Award-winner.

It’s a great time to be a beer lover in the Granite State. With so many fantastic breweries, brewpubs and restaurants, it can be hard to know where to begin. The following advertisers are all excellent choices for starting your beer journey. Please note: the breweries and beer pubs below are listed in alpha order. 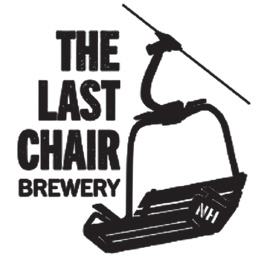