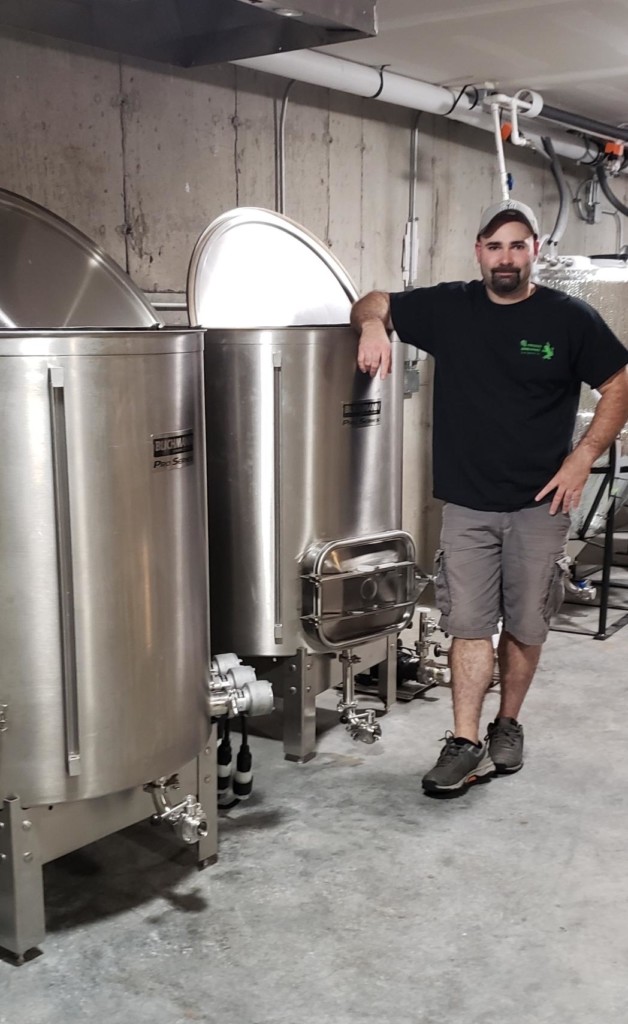 NH Magazine: What is your title at the brewery?
Alex Rice: I am the Head Brewer

NHM: How did you get into the brewing business?
AR: I was a home brewer, I also worked at WormTown in Worcester, Massachusetts, and graduated from Seibel Institute.

NHM: What styles of beer are you personally most fond of?
AR: Hefeweizen

NHM: What’s your personal favorite of the beers that you make?
AR: Judge Juicy Triple IPA 9.9%

NHM: When did you open to the public?
Stephanie Guitard: On October 18, 2018. One year [before the opening], my husband thought it would be fun to open a brewery up because we loved traveling to different small breweries all over the country and outside the country. My hair dresser’s fiancé loved making beer and was working at another brewery. My husband [Michael Guitard] and Alex met. Michael loved the beer he was making and after the two talked about what it would take to open a brewery, we all decided to move forward. Nine months later Frogg Brewing opened its doors to the public — it has been hard work but loads of fun!

NHM: What sets you apart from other NH breweries? What is unique about your style/mission?
AR: We like offering a variety of beers so when folks come in they can choose from IPAs, porters, stouts, browns, hefeweizen, kolsch sand much more. We have 9-10 beers on tap all the time.

We also like supporting local and small business so incorporating them into events is also fun. Ladies’ nights, paint and pints, floral making, food trucks, BBQ and beer, as well as supporting our Marlborough nonprofits. We also provide a kid-friendly atmosphere by providing games and coloring, etc.

NHM: How many beers and what styles do you offer at any given time?
AR: You can go to our website, or we are on Untapped, and currently we have nine beers.

NHM: What’s your most popular beer?
AR: For our IPA folks, it’s Swamp Thing and DIPA FBomb (that is currently being brewed for a third time), summer beer Frogg Splash watermelon wheat, and porter fans love our MUDD Frogg with chocolate.

NHM: What’s next for your brewery? Any expansions changes or upcoming milestones or events to note?
AR: Our one year anniversary is coming up October 19-20, which will include a pig roast, and we are planning to distribute one of our beers.

NHM: Where can your beer be purchased?
AR: Currently only at the brewery in 16 0z cans of anything on tap. 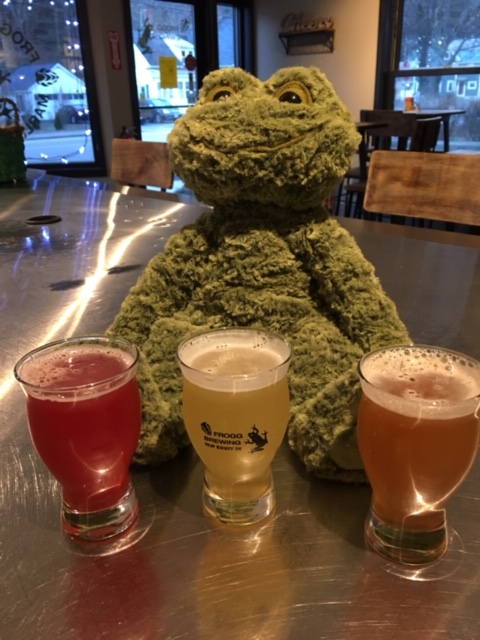