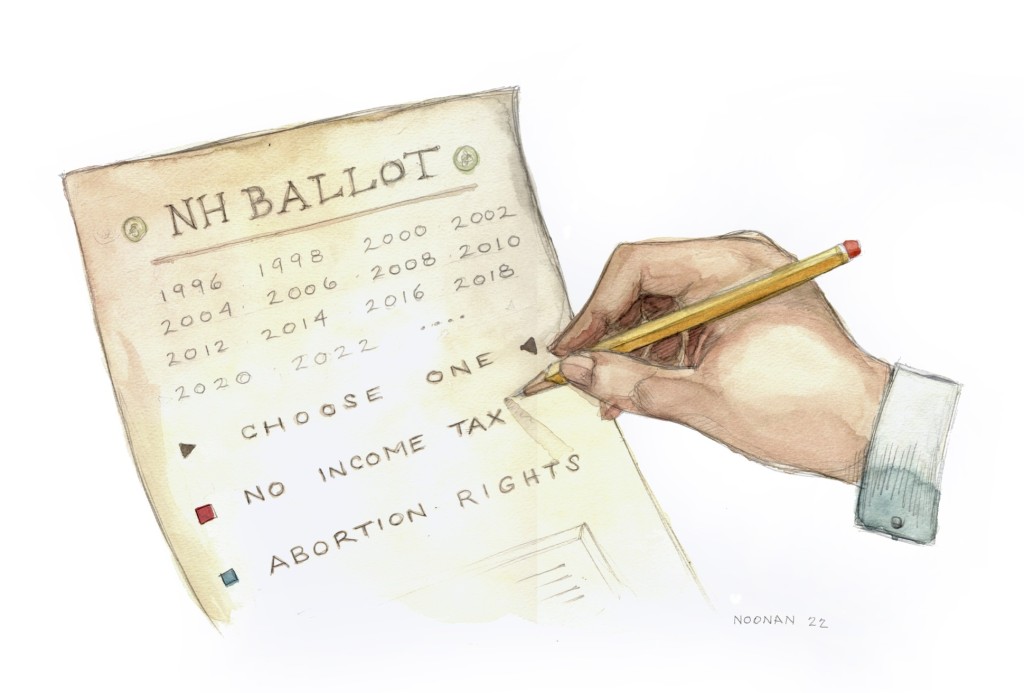 In the final weeks of this year’s midterm election, the endless television ads for New Hampshire’s contest fit into an unrelenting pattern.

Republican ads focused on the economy, especially inflation. Democratic ads were about abortion.

Unlike in the past, where there was a mutually agreed upon main issue and then a debate about which party could best address that issue, these days both parties aren’t even debating what topic is worth discussing.

It’s not just happening in New Hampshire. Indeed, the economy-versus-abortion debate is pretty much happening all around the country, especially in the swing areas.

What might be unique to the Granite State, however, is that this has largely been the same choice that has played out here for roughly 30 years. As the Republican Party nationally drifted to the social conservative values of the American South and West, Democrats have used wedge issues to divide Republicans in the state. This is a main reason why New Hampshire became a swing state in the presidential race.

Since the 1990s, the general rule locally has been this: If the election is about money, like taxes and inflation, Republicans win. If the main topic is about anything else, like war or abortion, then Democrats win.

This should make logical sense to those who even remotely follow local politics. New Hampshire is extremely conservative fiscally. It is the only state without an income tax or sales tax and spends less on public education than anywhere else in the nation. At the same time, polls have consistently shown that it is, deeply, a state that supports abortion rights — at least until the last trimester.

This is the state’s motto of Live Free or Die in action.

This is what helped elect Jeanne, etc. to become governor as well as elect Charlie Bass and Jeb Bradley to Congress. Those who are more ideologically in synch with their party (think Republican Ovide Lamontagne or Democrat Paul Hodes) lost high-profile matches.

Yet it is possible that we have never seen a split like this before, where we are so hotly debating which issue is even the most important. All of these ads have impacted voters’ thinking. A University of New Hampshire poll in late September asked likely voters what issue motivated them to vote the most this year. Abortion was first with 26 percent and the economy was second with 23 percent. No other issue came close.

This is obviously good news for Democrats. Even though those numbers are very close, the mere fact that the midterm election isn’t entirely about President Biden is a win, given how low his approval numbers remain locally.

Indeed, in this midterm election, parties in New Hampshire seem to be arguing less about the candidates and more about these issues — almost as though the economy and abortion are literally on the ballot.