Learning About the Civil War Through Art 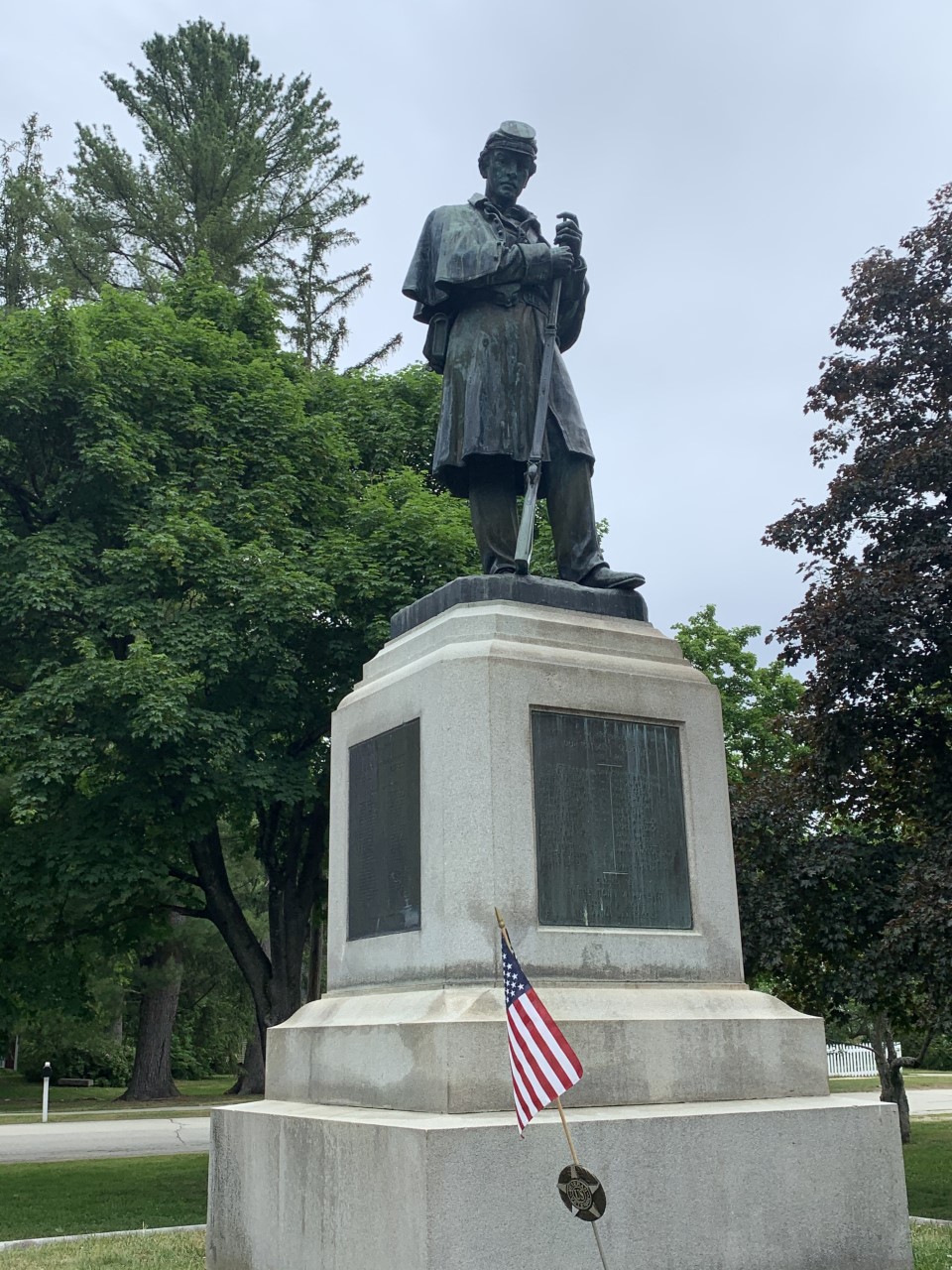 New Hampshire has a number of Civil War statues to honor the soldiers who did not make it home — including one striking example standing sentry in Amherst.

Right next to the town’s beautiful village green, a bronze statue of a full size Union Soldier stands in solitude. He seemingly gazes down in tired contemplation as he holds his rifle. You can almost hear his sigh.

The realistic statue was erected in 1871 by the sculptor Martin Milmore, who is best known for the Soldiers and Sailors monument in Boston.

After the Civil War, the townspeople in Amherst commissioned Milmore of Boston to create the monument, and the castor was the Ames Manufacturing Company of Chicopee, Massachusetts. Besides casting sculptures for many memorials, Ames Manufacturing was known to be a leading supplier of side arms, swords, light artillery and heavy ordnance for the Union during the war. 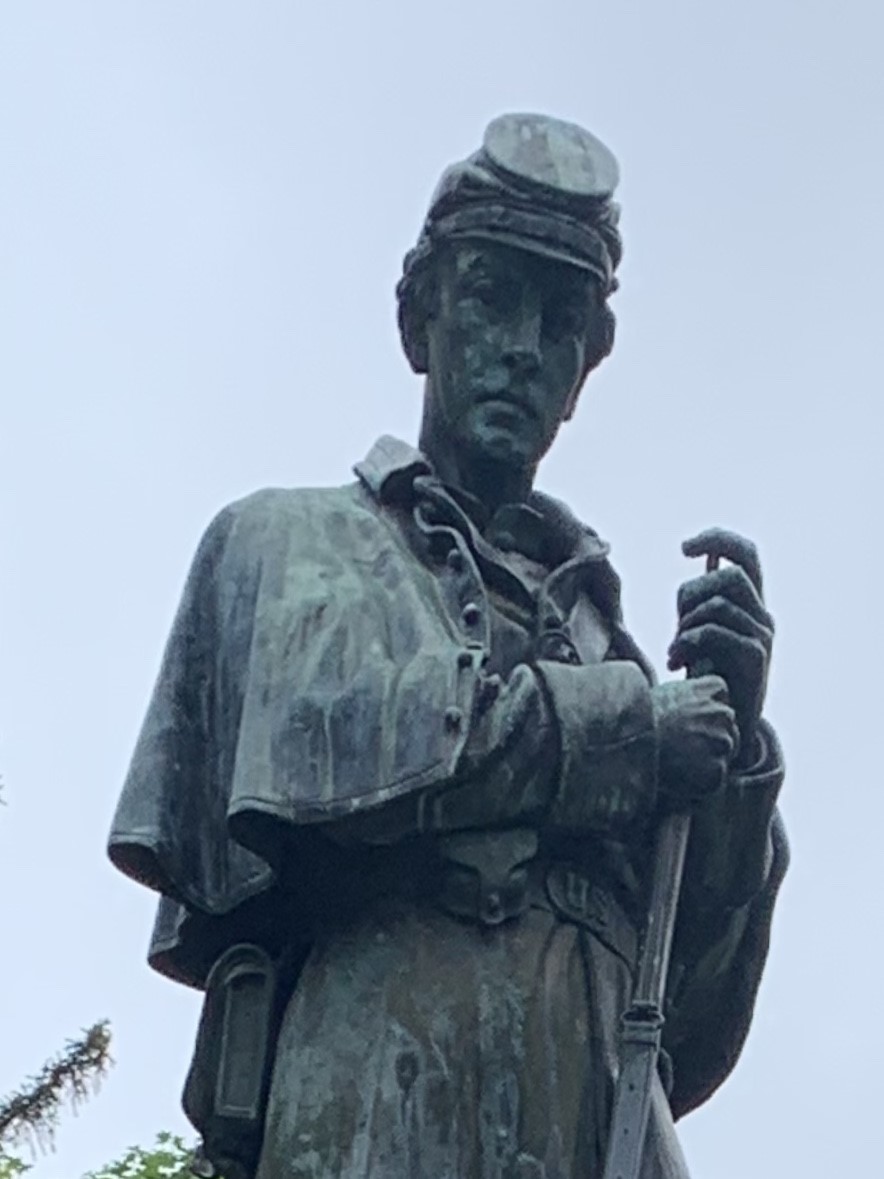 Martin Milmore immigrated from Ireland. His father, a school master, died, and his mother moved the family to Boston when he was seven years old. Growing up and attending school in Boston, Milmore went on to study with the prominent sculptor, Thomas Ball.

When Ball went to work in Italy, Milmore and his brother Joseph, a stonecutter, opened a studio in Boston. Milmore went on to become one of the most famous sculptors of the 19th century.

Milmore died July 21, 1883. He was only 39, but his work lives on. Milmore is buried in Jamaica Plain in the Forest Hills Cemetery. Fittingly enough, his friend, sculptor Daniel Chester French (born in Exeter and famous for his sculptures “Minute Man” in Concord, Massachusetts, and the Lincoln Memorial in Washington, DC) made the memorial for Milmore’s grave.

If you are curious, you may want to visit the other three Civil War statues Milmore created for New Hampshire. They are in Claremont, Peterborough, and Keene. I wonder how they compare.

Discovering art can be a free, fun, family experience. See how great art can inspire you and your children. For the price of a tank of gas, art lovers don’t have to drive far to experience something meaningful.

Always Lovable & Loyal, Archie Is at the Lake

Beauty and Seclusion at the Home of Artist Maxfield Parrish