Welcome to Re-Tales – an ongoing series of stories from retailers throughout the Granite State. Get to know your local shopkeeper and discover what makes their establishment special. 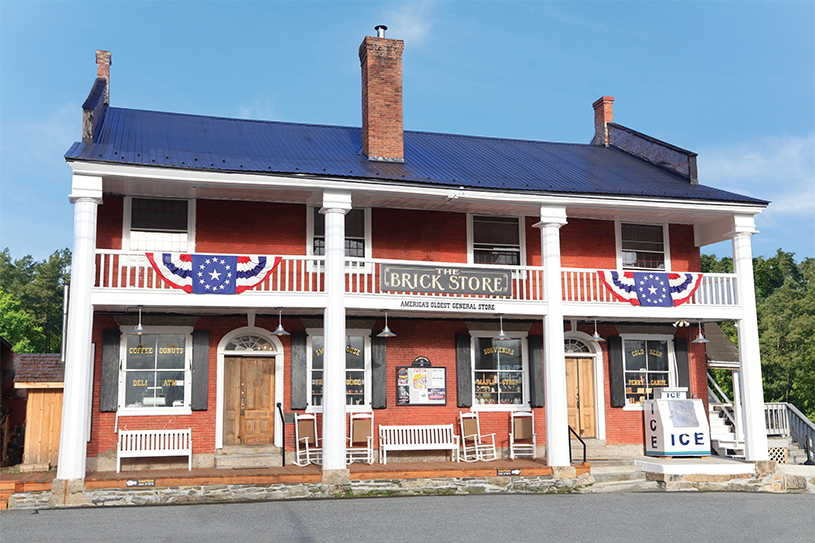 New Hampshire is home to a number of memorable mercantiles — general stores that are independent, have served their communities for generations and often reflect the character of its loyal customers. The Brick Store in Bath may have helped create that blueprint.

With a claim to the title of the oldest continuously operating general store in the country, The Brick Store sits alongside the Ammonoosuc River, and right next to the longest covered bridge in New Hampshire (one of three in this town). The store, which began its life in the early 1790s, is listed on the National Register of Historic Places, and has seen presidential candidates stop-by during campaign tours through the state. It even served as the Bath post office until 1942, and though those duties have been moved, some of the original post office boxes remain.

Renowned for its selection of smoked meats, fresh sandwiches and its famous fudge (among other things), The Brick Store was purchased by owners Scott and Rebecca Mitchell four years ago. The Mitchells updated a few things and renovated, but kept a connection to the store’s local history. 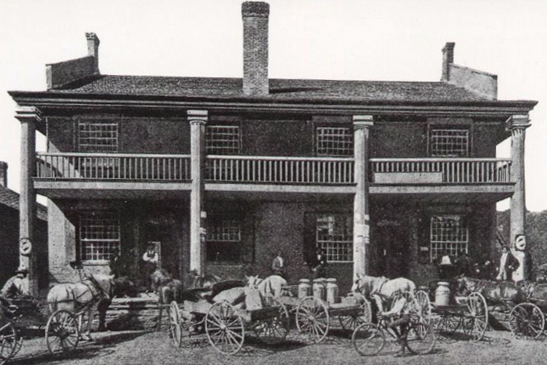 With its instantly-recognizable columns, the exterior of The Brick Store looks much as it did in its early days. (Courtesy photo)

Tell us about your store.
Rebecca Mitchell: “The Brick Store was built in the 1790s, and then it was lost to a fire in 1834 and was rebuilt, this time in brick. The store has had a few different names through the years but has always remained a general store for the community.”

How did you come to own your business?
Rebecca Mitchell: “My husband and I purchased the store in 2016 after it had gone up for auction. We worked for a full year to spruce it up and bring it back to its [former] grandeur. The store reopened on July 4, 2017, to a packed crowd waiting for the doors to open.”

What were those people waiting for?
Rebecca Mitchell: “The Brick Store is famous for its smoked products that are smoked onsite in our smokehouse. We are also famous for our fudge that is also made in-house.”

What makes your store special?
Rebecca Mitchell: “The Brick Store is decorated with antiques and original counters from 1834. The counters slant in at the bottom to accommodate the ladies’ hooped skirts that were worn in the 1800s. When you stop at The Brick Store in the small town of Bath, you definitely get the ambience of small-town America the way it used to be. My husband and I have worked hard to keep The Brick Store open for many more generations to experience. When it is time for us to pass the torch as many other owners before us have, we will look back on our experience as a labor of love to save a piece of history in the small town of Bath, New Hampshire.”

Something for Everyone at Loulou’s Bakery

Indulge in a Tasty Treat With Vintage Baking Co.

Wake Up in the Morning With Local Coffee