Goffstown is a Small Town With a Lot Going On

There’s quite a bit going on in this small town 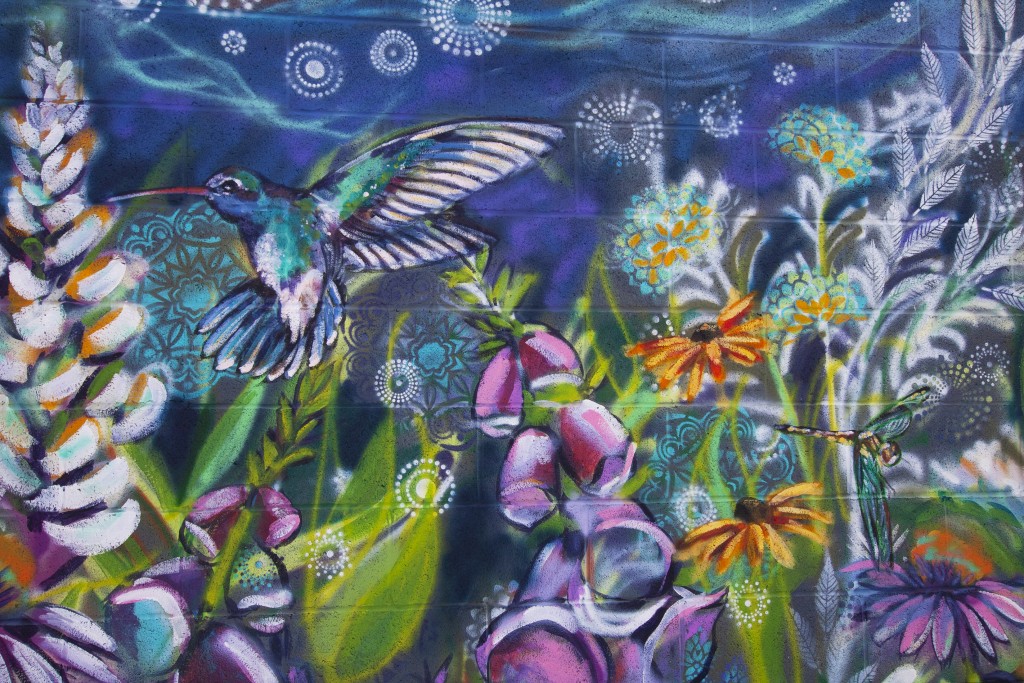 A mural at Apotheca. Photo by Stillman Rogers

The rise of Portsmouth as a major seaport and the prosperity of New Hampshire’s Seacoast Region in Colonial times was largely due to the Royal Navy’s insatiable need for ship masts. Vast forests of tall white pines grew within easy reach, where they could be cut and hauled to the port, many over routes that are still called Mast Road.

Mast Roads in Dover, Merrimack and Manchester are reminders of New Hampshire’s Colonial importance, as is Gofftown’s Mast Street (now Route 114), a route carved beside the Piscataquog River in the 1750s and formally laid out in 1761. The area was covered in timber that was valuable for both masts and for building growing towns, and lumbering was the area’s main occupation when Goffstown was chartered by Gov. Wentworth in 1761.

Land here was first granted in 1734 as Narragansett No. 4 by the Massachusetts Colonial governor, as the area was still under dispute between the two colonies. But most of the grantees found the area to be poor farmland and moved back to Massachusetts. In 1748, it was regranted by New Hampshire Royal Governor Benning Wentworth to a new group of settlers, including Col. John Goffe, for whom the town was named when it was incorporated in 1761.

The early settlement was in the approximate center of the grant, a village known today as Grasmere. Then in 1766, a bridge was built where Mast Road crossed the Piscataquog River, and this became the nucleus for the small West Village. Near the bridge was a falls that soon powered a grist mill and saw mill; by 1794 a hotel had opened and in 1810 Capt. John Smith opened a store.

A carding and fulling mill followed at the falls, and by 1820 there were 20 sawmills, plus grain and textile mills. The settlement was big enough for the residents to build their own meetinghouse in 1840, which was replaced in 1845 by the stately white Congregational Church that sits beside the town hall today.

The arrival of the New Hampshire Central Railroad in 1850 cemented West Village, where two of its depots were located, as the commercial and social center of Goffstown. Fueled by railroad access for shipping materials and finished goods, local industry flourished, and many of the distinguished buildings that make up the Goffstown Main Street Historic District can trace their origins to this period of increasing prosperity.

The Gothic Revival St. Matthew’s Episcopal Church was built in 1868, and Capt. Smith’s store, which still stands at the corner of Main and North Mast streets was modernized with a new mansard roof. In 1880 a new passenger railway station was built near the bridge, on Depot Street, and the Queen Anne-style Second Methodist Episcopal Church (now the Granite State Christadelphian Hall) was completed in 1890.

Lion’s Corner popcorn stand with the Memorial Library in the background. Photo by Kevin Cooper

Also in the Historic District, which is cited in the National Register of Historic Places as “a well-preserved example of the historical evolution of a vernacular village center over two hundred years,” are the Goffstown Memorial Library, constructed in 1909, and the Civil War Monument, erected in 1916 on the town common. The most unusual of the listed properties is the Lion’s Corner popcorn stand, a local summer institution since the 1930s, which sits at the corner opposite the library and St. Matthew’s Episcopal Church.

The railroad that made this such a prosperous community was absorbed by the Boston and Maine Railroad, and sent its last freight car to Goffstown in 1980; the tracks were removed a year later. Reminders today are the 5.5-mile rail trail and the Victorian Depot, which now houses Apotheca, a florist, café and gift gallery. Adding a bright splash of color to the downtown landscape, the back of the building is covered in a cheerful flower mural.

Another, shorter railroad had a role in Goffstown history too. Beginning in 1907, the Uncanoonuc Incline Railway carried tourists to the 1,321-foot summit of the south peak of Uncanoonuc Mountains. There they could enjoy the view over Manchester and stay at the 5½-story Uncanoonuc Hotel. After the hotel burned in 1923, the train became a ski lift for the three ski trails from the south summit. Another trail led across to trails down the north mountain.

Skiing there was popular in the 1930s, until the 1938 hurricane felled trees across some of the trails and a fire destroyed some of the rail tracks. The remaining tracks were torn up for metal during World War II. Today, well-maintained hiking trails lead to both summits, and you can still see bits of the old rail line on the 2.3-mile loop trail up South Uncanoonuc, although the summit is now crowded with various towers. The fire tower that stood there from 1911 was torn down in 1983. The trailhead is at Uncanoonuc Lake, on Mountain Base Road off Wallace Road.

While neither the Uncanoonuc Hotel nor the incline railroad draw visitors to Goffstown today, a rush of prestigious guests flock to town every four years, to the most popular destination in the state for presidential candidates: the New Hampshire Institute of Politics at Saint Anselm College. The New Hampshire primary presidential debates, held at the college since 2004, are a must for any candidate.

Less well known is the college’s Alva de Mars Megan Chapel Art Center, located in the school’s former chapel. The center houses a permanent collection of more than 400 paintings, drawings, works on paper, sculpture and decorative arts from the 15th through the 21st century, including a 1630 etching by Rembrandt and a woodcut by the German Old Master Albrecht Dürer. The center’s The Arts are Alive! program is currently offering virtual options.