Uncle Sam and Little Red Riding Hood may seem like unlikely neighbors, but they share this sweet hometown 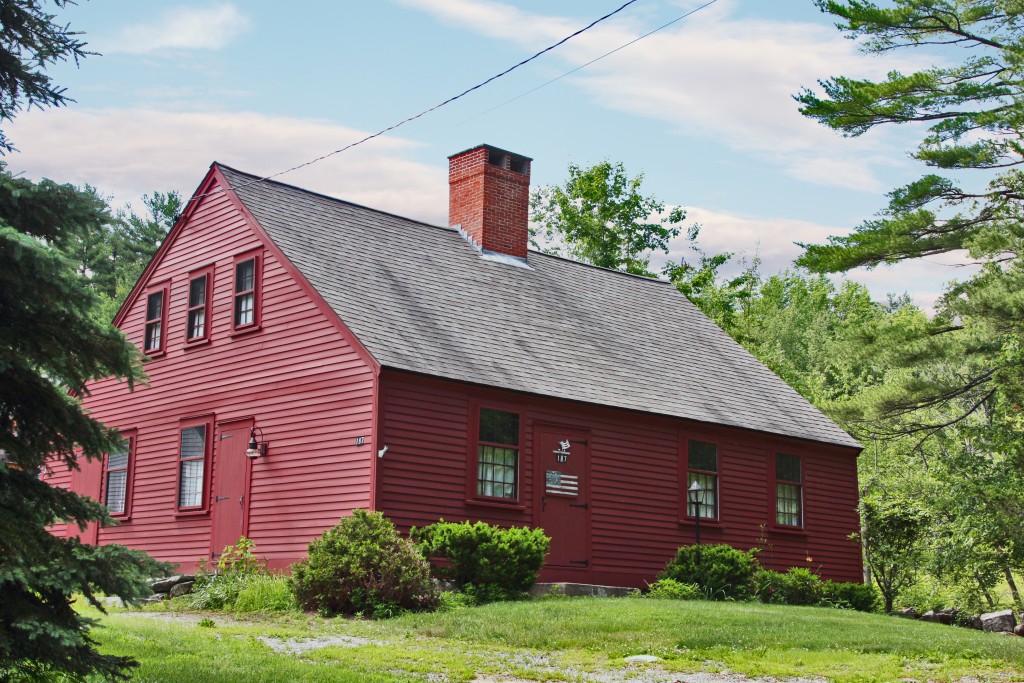 The home of Samuel Wilson, aka Uncle Sam, in Mason. Photo by Stillman Rogers

Uncle Sam and Little Red Riding Hood may seem like unlikely neighbors, but they share the hometown of Mason. A historic marker identifies Uncle Sam’s House on Valley Road, and the wolf in the bed leaves no doubt that Pickity Place is Grandma’s House.

Samuel Wilson lived in the little red cape farmhouse his father built, leaving Mason at the age of 23 to work in Troy, New York. There, he and his brother established a meat-packing firm, providing food for the army during the War of 1812. Wilson was a gregarious and popular man, called uncle by everyone who knew him. The army required that he stamp U.S. on each barrel of meat shipped to them and — so the story goes — when a steamboat passenger asked what that meant, one of Wilson’s employees quipped that it meant Uncle Sam.

The joke caught on, and Wilson enjoyed increasing notoriety, riding in Independence Day parades wearing a top hat. The first recruiting poster referring to Uncle Sam appeared as early as 1813, but the figure we know today stems from a costume worn (not by Wilson) in a parade in 1851, seen by a reporter who pictured it in a newspaper. In 1938, illustrator James Montgomery Flagg picked up on the recruiting theme in his famous “I Want You” posters.

Uncle Sam’s house is a private home, but you can visit Little Red Riding Hood’s grandmother’s house at Pickity Place on Nutting Hill Road. Her story is less complicated: Artist Elizabeth Orton Jones was enchanted by the little red cottage, where she lived in the mid-1940s. She chose it as the setting for her illustrations of the children’s classic, published by Little Golden Books. When subsequent owners opened an herb farm there, they furnished the bedroom as she pictured it, complete with a wolf in Grandma’s bed.

Jones, known locally as Twig, quickly became an integral part of life in Mason, where she collected and edited the material for a town history for the bicentennial in 1968. She was an enthusiastic supporter of Andy’s Summer Playhouse, the children’s theater in Wilton, and after her death, the Mason Public Library renamed the youth room as the Twig Room in her memory. 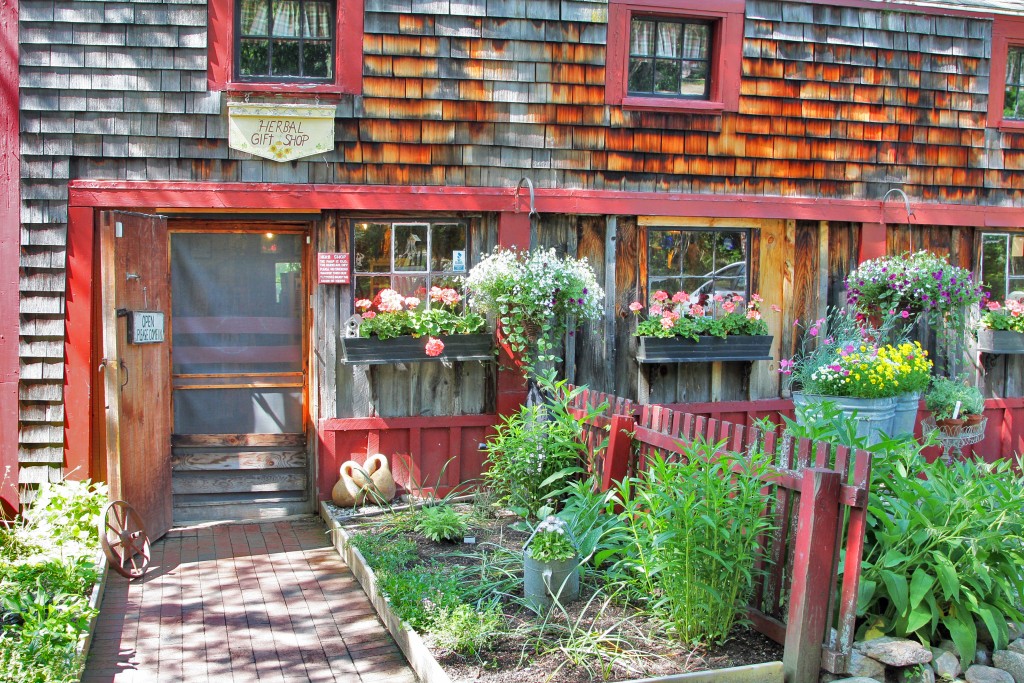 Visitors to Pickity Place in Mason can stroll the grounds, explore the shop and greenhouse or enjoy a five-course lunch at the restaurant.Photo by Stillman Rogers

Visitors can stroll under arched arbors, along winding paths and through formal geometric beds of aromatic herbs to find inspiration for planning their own herb gardens, or just to enjoy the fragrances. One path leads to the Herboriste, filled with birdhouses, potted herbs, seeds and gifts for gardeners. More plants are in the greenhouse, and the shop adjacent to the cottage sells herbs in all forms from packets for cooking to herbal soaps and cosmetics, along with books on herbs and gardening.

An herb farm fits well into Mason’s agricultural past and present. Settled by families who wrested precious farmland from the forests to grow their food, Mason has several active farms today. Barrett Hill Farm grows strawberries for PYO or sale from the farm at the junction of Routes 31 and 124.

The Rustic Wolf Farm, on Brookline Road, specializes in microgreens and shoots, available at the roadside stand, along with eggs, seasonal vegetables, berries and apples. Mason’s best-known agricultural product is maple syrup, sold by the jug or lavished on breakfast pancakes at Parker’s Maple Barn on Brookline Road.

Other local producers and growers gather at the Town Hall parking lot on Saturday mornings for the Mason Farmers’ Market, among them Tammie’s Wicked Jerky, with smoked cheddar cheese along with an assortment of beef jerky varieties. There’s talk of reviving the annual Mason Strawberry Festival, an event so popular that it merited mention in the New York Times in 1982.

Mason residents have been generous over the years in donating land for the preservation of forests and wildlife habitats. Although the town purchased the land of the 95-acre Mason Railroad Trail, two other parcels, totaling more than 1,000 acres between them, were donated by landowners. So was the 38-acre Florence Roberts Forest on Valley Road, where local Boy Scouts and other volunteers have cleared walking trails.

Alongside the Mason Railroad Trail, the old McDonald Quarry, which produced biotite granite from 1867 until 1908, was also donated by landowners. The nearly 7-mile rail trail crosses the entire town, connecting the Russell Abbott State Forest in the north to Townsend State Forest in the south, and is used for walking, cycling, snowmobiling, cross-country skiing and horseback riding.

Along with the quarry, other points of interest on the trail are a rock near the junction with Scripps Lane with the carved shapes of two tombstones and a cross. It is thought to mark the site where two workers were killed while blasting for the rail line. Where Jackson Road crosses the trail, the only two-level crossing in Mason is bridged by a trestle that was constructed tall enough that loaded hay wagons could pass beneath the tracks.

The unusual trestle is listed on the N.H. State Register of Historic Places, one of three such designations in Mason. The 1848 Town Hall is noted as a well-preserved example of the Greek Revival style. The even earlier District 5 Sunny Valley Schoolhouse was built in 1821 of brick at a time when schools were built of the far less expensive wood. The one-room school was used until 1914, and years later, Elizabeth Orton Jones used it as a studio.

The Villages of Antrim