Cultivating Grit and Resilience in Children

The pandemic will end; the need for your child to deal with the successes and challenges of life will not. What do we actually mean by grit and resilience? What can you do to help your child become strong, independent adults? How do we help our youth navigate a pandemic and post-pandemic world? 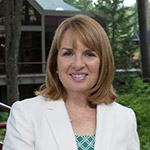 Mary Halpin Carter has served as Head of The Derryfield School since 2013. Her focus and passion is the intentional development of human potential. She relishes working with young people to help them develop their gifts and use them for purposeful lives. She created the Pathways Program used at Derryfield to help students identify their strengths and interests and chart a course for their academic and personal development.

Prior to becoming Head of Derryfield, Dr. Carter served as Interim Head, Assistant Head of School for Faculty and Academic Programs, Dean of Faculty and Academic Programs, Head of the Upper School, Chair of the English Department, Academic Dean, and Director of Admission. She has taught history and coached field hockey and tennis. She received her Ph.D. in Educational Leadership from the University of New Hampshire, her Master’s of Education from the Harvard Graduate School of Education, and her Bachelor of Arts in History from Dartmouth College. She was also awarded the Columbia University Klingenstein Fellowship for excellence in independent school teaching. 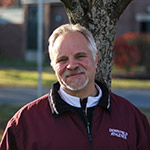 Mark Blaisdell has spent the past 17 years of his career as a history teacher and then Head of the Middle School at Derryfield. A lifelong learner and educational leader, he previously served in several roles at the Purnell School in Pottersville, NJ, including Director of Studies and Humanities Department Chair. He recently earned a Masters’ Degree in Teaching and Learning at Northeastern University’s College of Advanced Studies – an online learning program – as a way to give focus to his lifelong commitment to professional development, and because he is intrigued by the revolution taking place in higher education. Outside of his duties at school, his hobbies include playing competitive tennis in the USTA, as well as playing in a local classic rock band and exploring the outdoors. 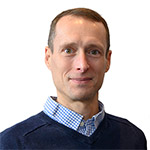 Brennan Barnard, M.Ed is the Director of College Counseling and Outreach at The Derryfield School, an independent day school in Manchester, New Hampshire and at US Performance Academy, an on-line independent high school for elite athletes. He is also the College Admissions Program Advisor with the Making Caring Common project at Harvard Graduate School of Education.

During over two decades in education Brennan has worked as a teacher, coach, dorm parent, admission officer, counselor and administrator at a number of independent high schools and colleges.  He has counseled Olympians, thespians, artists, cadets, social workers, engineers, philosophers, doctors, writers, lawyers and everything in between.

Brennan is a member of the Advisory Board for the New Hampshire College and University Council’s New Hampshire Scholars Program and on the Executive Committee for the Character Collaborative. He presents regularly on character, athletic recruiting, mindfulness, discipline and other topics in college admission.  He has written about college admission for the New York Times, Wall Street Journal, Washington Post, Forbes.com, Thrive Global, HuffPost, Concord Monitor, Journal of College Admission and other publications.  He has also been featured in articles in the Boston Globe and Associated Press and an occasional featured guest on New Hampshire Public Radio. He has been interviewed about college admission by New England Cable News and ABC News. Brennan was a New England Association of College Admission Counselors Professional of the Year for 2017. He is co-author of the new book, “The Truth About College Admission: A Family Guide to Getting In and Staying Together”.

A native of suburban Philadelphia and practicing Quaker, he is a graduate of Westtown Friends School.  Brennan earned a bachelor’s degree in Psychology and Spanish from Franklin & Marshall College and a master’s degree in Higher Education and Student Affairs Administration from The University of Vermont. This father of two lives in Hopkinton, New Hampshire where he is a volunteer firefighter.