Welcome to the fourth article in our Women’s History Month series. This week features three women famous for their trailblazing activism on a variety of issues, including women’s suffrage, African American history and environmental issues. 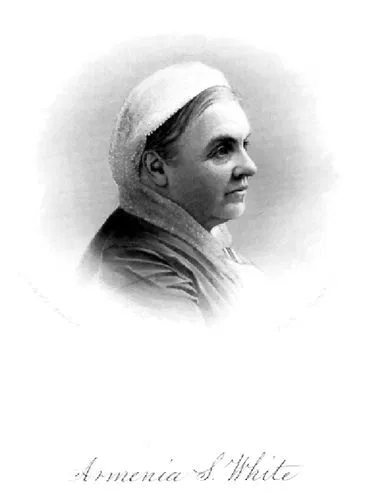 White was a leader in the women’s suffrage movement of New Hampshire, with many describing her as the leading suffragist. Married to a wealthy stagecoach operator, she took on the role of philanthropist as well. Fighting for human rights throughout her lifetime, White was also deeply involved in the antislavery and alcohol temperance movements.

Working not only on the suffragist movement in New Hampshire, but within the national movement as well, White collaborated with well-known suffragettes such as Susan B. Anthony and Lucy Stone.

After cofounding the organization with her husband, White took on the role of president at the New Hampshire Woman’s Suffrage Association in 1868. She held the position for over 25 years, and remained an active member throughout the duration of her life.

White passed away in 1916, at age 98, never seeing her dream of a woman’s right to vote come to fruition.

In the 1960s, Cunningham was elected secretary at a local National Association for the Advancement of Colored People (NAACP) chapter, marched in Boston with Dr. Martin Luther King Jr., advocating for integrated schools and wrote about the experiences of Black residents throughout New Hampshire. She also later successfully advocated for a state-wide holiday honoring King.

Educating the Seacoast community about Black history has been a large part of Cunningham’s mission throughout her life. Working on both the UNH Commissions for the Status of Women and the New Hampshire State Women’s Commission (appointed by the governor), her insight has impacted the state’s approach and appreciation of Black history.

She has published several books, including the award-winning “Black Portsmouth: Three Centuries of African-American Heritage” that she co-authored with Mark J. Sammons.

Dudley is a lifelong political and environmental activist who has lived in Durham for her entire life. She is known for her dual career in politics and advocacy. Serving as a state legislator in the 1970s, Dudley then went on to become the first woman elected to the New Hampshire Executive Council. Eventually she would receive the Democratic nomination for the state’s first congressional district.

Her most famous accomplishment is helping defeat a proposal by wealthy oil tycoon — and husband of widowed Jaqueline Kennedy — Aristotle Onassis. He wanted to build the world’s largest oil refinery off the coast Durham in Great Bay. Dudley rallied support across the state and introduced a bill that gave Durham residents veto power over future proposals like this, and preserved thousands of acres along Great Bay.

The $600-million oil refinery proposal was first reported by a Newmarket-based newspaper called Publick Occurrences, who eventually received a Pulitzer Prize for their efforts.

In addition to roles within the state government, Dudley has served as executive director of the Women Legislators Lobby. She has also been a board member at the New Hampshire Civil Liberties Union, the Greater Piscataqua Community Foundation and the Board of Overseers of Dartmouth Medical School.

“Star Island and the Shoals survived,” Dudley said. “As did Durham and Great Bay. And the sun continues to rise and set over our beautiful ocean,” said Dudley according to a Seacoast Online article.