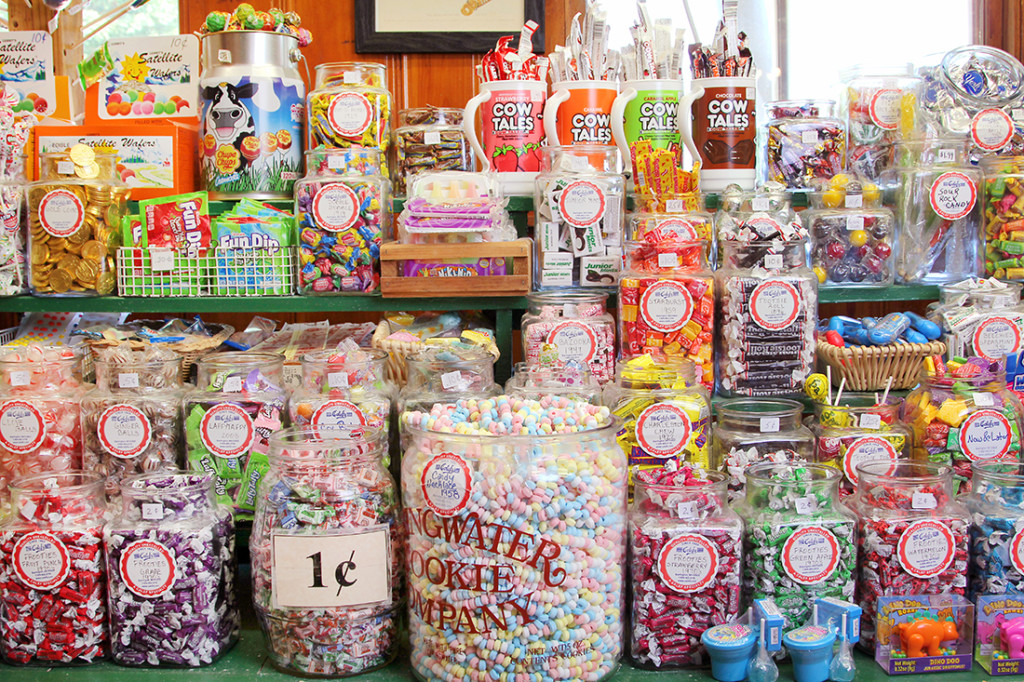 On the Franklin Pierce Highway, which snakes through the town of Barrington for a few miles until it is absorbed by Route 155, sits a country store that opened in 1869, the same year that President Franklin Pierce of New Hampshire passed away.

Framed by the white wood siding above an accommodating Victorian porch stands the iconic calligraphic sign for Calef’s Country Store. Below, 150 years’ worth of footsteps have eroded the wooden front steps leading inside, where the many shelves and tables are crowded with cranberry chutney, pickled beets, apple streusel muffin mix and Rat Trap cheddar cheese. A countertop with tiers of candy jars (some items still costing one penny!) makes a tempting display.

September 7 will officially mark 150 years of operation for Calef’s and the store is celebrating its sesquicentennial event with a community festival on the same day. It will be a big event for the tiny town of Barrington, drawing businesses and spectators to its streets, with bluegrass bands, food trucks and an assortment of vendors packing the dirt parking lot surrounding the building.

Calef’s has remained the hub of the community since it was first opened, with dances and meetings held in its upstairs rooms and the post office located right next door. Just ask Joel Sherburne, who at 78 has worked at Calef’s for almost 62 years and is a curator of the store’s history and guardian of their famous cheddar cheese recipes. 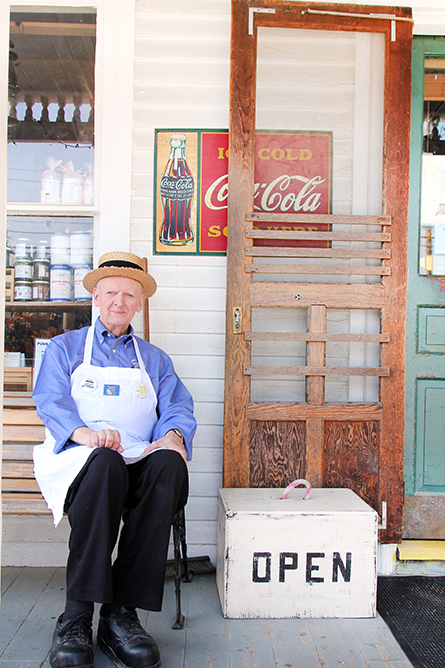 Joel Sherburne has worked at Calef’s for 62 years. Photo by Jessica Beebe

“Every morning, the box truck would park in front of the porch and unload everything from tires and furniture to Nabisco cookies and fresh deli meat. If we didn’t have it, they didn’t need it,” says Sherburne, seated at a small round table flanked by rows of colorful jam jars. “The country store was a focal point of the whole community, if they wanted the news, yeah, they would come here for everything.”

Though there has been some decrease in community involvement over the years, Sherburne notes that the role of Calef’s is still relatively unchanged, while most New England towns are experiencing a much different dynamic. Time is an unflinching master, and the role of small, consolidated “everything” stores in communities has diminished, replaced by an impersonal landscape of Amazon Fulfillment Centers, Uber Eats, and Hannaford To Go.

Calef’s, however, is a resilient anomaly, calling back to a simpler time marked by community interdependence and not ubiquitous Wi-Fi. New owner Greg Bolton, who purchased Calef’s in 2012, sees the essence of the store as something that can’t be bought or sold: neighborhood connection.

“I think the faster the world goes and the more instant gratification there is, the more nostalgia resonates … because you can slow down and see all the things from generations before you. You don’t have to be on your phone or on Amazon, you’re connected to a physical space,” says Bolton. “From that standpoint, we build a community.”

The community-centered September celebration will be a profound and even poetic moment for a country store that has been bringing people together since its inception, and the creaking front steps won’t be collecting dust anytime soon.

Categories: Arts & Shopping, Things to Do