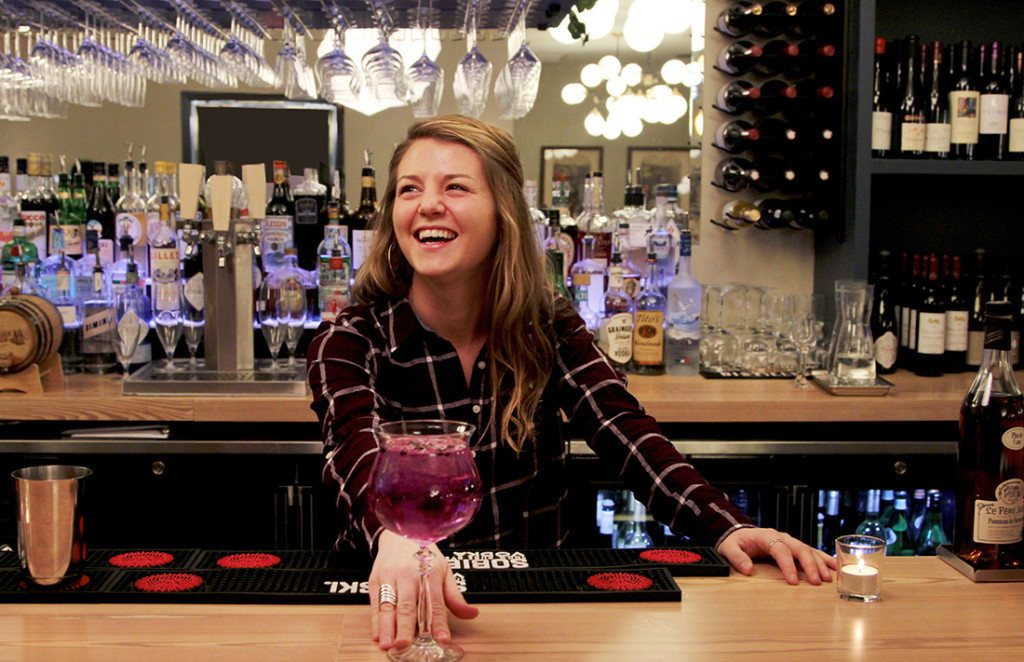 Botanica Gin Bar and Restaurant is special. It’s a French jewel box of a restaurant in Portsmouth’s West End neighborhood where you can steal a special moment for yourself.

Botanica opened this year when a small, street-level space became available in a revitalized mill building on Brewery Lane. Created by local chef and owner Brendan Vesey, the intimate space offers many delights, and is beautifully lit with calming tones, white-washed brick and tempered light globes, conjuring the atmosphere of a romantic movie scene in 1920s Paris. You’re welcomed to a time when going out to eat was an occasion.

“I like to think about when our grandparents’ generation went to dinner. They didn’t go as often, so it was a special occasion in itself,” says Vesey. “I want all of our guests to feel like they are part of a celebration, even if it’s just to celebrate the end of a workday alone. You don’t have to dress up, but if you do, you won’t feel out of place.” 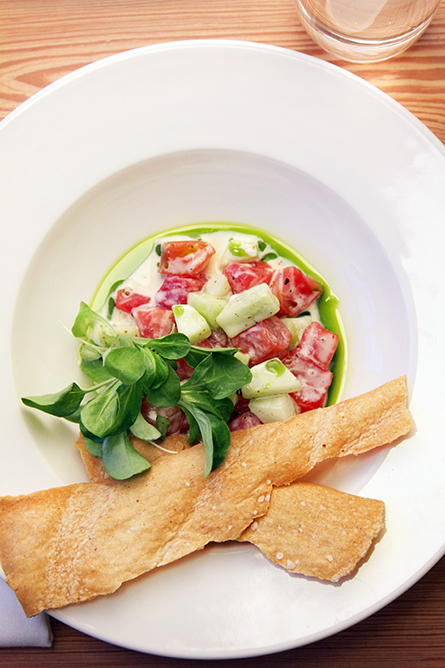 I was greeted like a long-lost friend, and my water glass was never below half-full. The attentive staff checked in at the right frequency so that I felt cared about, but not under surveillance.

Part of the enjoyment of a meal at Botanica is the guidance Vesey gives by minimizing choices and offering only enduring classics, focusing on quality and consistency over range.

I sat at the bar. The restaurant is small, but doesn’t feel cramped — more cozy and intimate. A group of women across the room propped their elbows on the table, and delighted in thinly sliced toasted baguette served with homemade spreads of smoked trout, duck liver mousse and olive tapenade. They ordered cocktails and seemed to enjoy their pre-appetizer appetizer, or accompaniment, which is a rare section to find on a menu. The selection of homemade spreads would work well beside an entrée, or to pair with drinks during a lazy cocktail hour.

I emulated the women, but opted for a small bite of agnolotti, a handmade pasta stuffed with corn and topped with Parmesan crisps, while I considered my cocktail options.

What’s so special about gin?

“Our craft cocktail bar is constrained by space. We wanted to have a deep selection of one spirit and take it seriously. When I think of cocktails, a gin drink is a neat synergy of its parts,” says Vesey.

The bartender will weave you through a wealth of gin flavor profiles: herbal, floral, spruce, citrus, spicy and crisp.

“We take a classic cocktail, say ‘The Last Word,’” says Vesey of a 1920s citrus and gin beverage. His bartender pours it with New Wave Gin, which is “herby to knock down the sweetness,” says Vesey. The drink is delicious, and decidedly well-balanced.

A new gin drinker might go straight for the increasingly popular cocktail the Negroni, but might also be encouraged to stray outside their go-tos and to try something new.

Duck is a very French protein

To see three duck dishes on the menu is an indicator of a chef who knows the delights of waterfowl, where to source the birds, and how to break them down into a variety of dishes like duck liver mousse, duck meatballs and duck confit. It makes you wonder who’s behind those swinging doors.

“When I’m cooking, time slows down. It’s a beautiful thing to be cooking. When a plate is finished, you just know,” says Vesey. “I don’t need to invent a new cuisine. I like craft and technique, and to do it again and again and again, to see how good I can make it.” 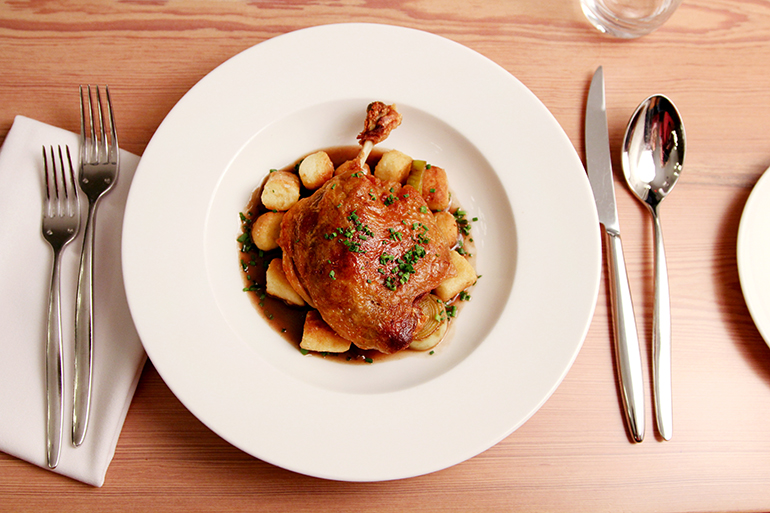 On his recommendation, I ordered the confit. The duck’s brown, crisp skin and buttery leg meat were delicious. The tender rings of leek bathed in red wine jus and French gnocchi topped the whole meal off perfectly.

I didn’t order the fried pork cutlet, but I’m told by the bartender it should be a priority on return. 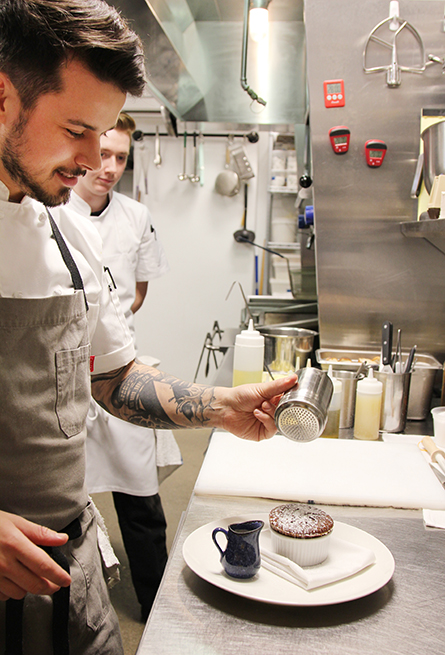 I made my way slowly to dessert, choosing the cardamom crème brûlée with blueberries and lemon zest. The dish gently unfolded, with the finish of lemon brightening the cardamom in the custard. I wanted to go back in time and tweak every vanilla or caramel crème brûlée I’d ever had.

The woman next to me said that for the last four months she’d been trying to find the time to get to Botanica so she could share the crème brûlée with her husband. When the dessert came, she let him take the first crack at its sugary shell. “This is why I married you,” he laughed. “You always find the best snacks.”

As a chef who focuses on the restorative magic of a great dining experience, Vesey wants people to leave feeling better than they did when they arrived. “Everyone that comes in is a friend we haven’t met yet,” he says.

Try Botanica to remind yourself that dining is an experience, not a habit nor a task. Return for the consistency offered by a dedicated chef and staff who are working together to make each meal better than the last.