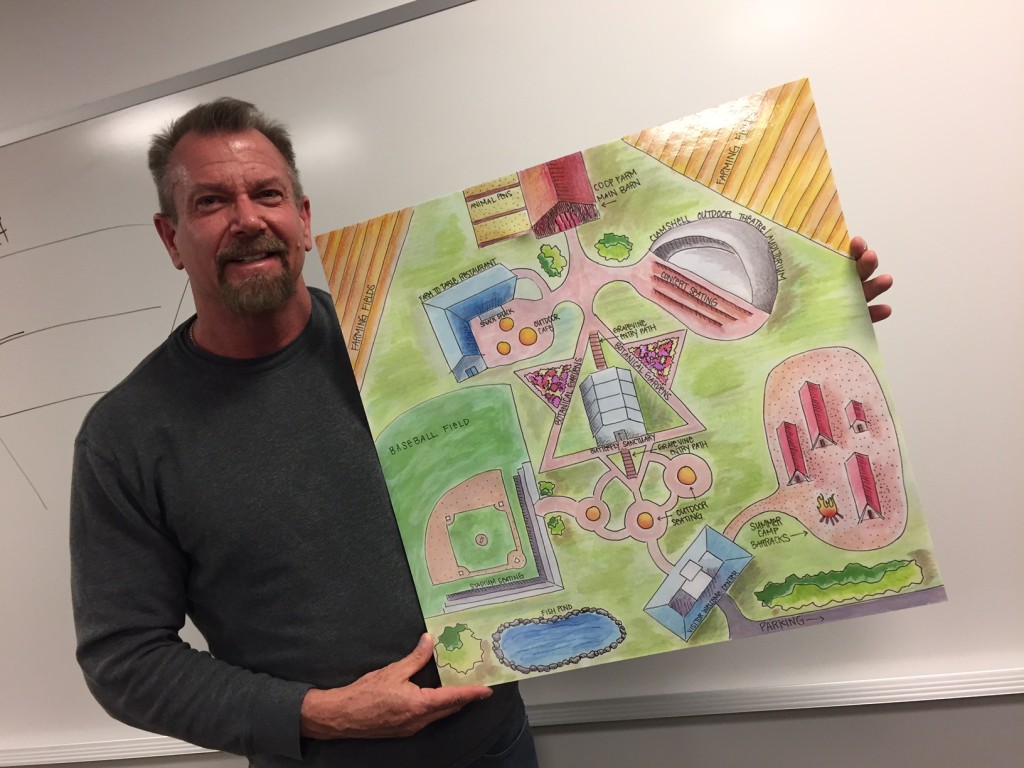 Diehard baseball Hugh Baver, of Dover, displays artwork depicting the proposed community center and sports complex he would like to build to thank the people of the Dominican Republic for rescuing Holocaust refugees during World War II.

The Dominican Republic is probably best known around the world for its disproportionate amount of baseball talent, including Pedro Martinez and David Ortiz. Although that’s what initially drew Red Sox fan Hugh Baver to visit there too, he’s now working hard to ensure that the country is recognized for its courage and humanity on the eve of World War II.

In 1938, when Nazi Germany was still allowing Jews to emigrate, representatives of 32 nations met at the Evian Conference in France to discuss the refugee crisis. Only one country, the Dominican Republic, agreed to welcome those escaping Hitler — offering to settle up to 100,000 Jewish refugees in Sosúa, an abandoned banana plantation on the north coast. Ultimately, only 500 families were able to settle here — the war soon cut off all shipping lanes across the Atlantic — and another few thousand were able to escape with DR visas.

Baver, a career IT professional who lives in Dover, wants the world to learn about the little-known story of how the people of Sosúa welcomed the Jewish strangers with open arms. The history has been explored by a few Jewish museums and books, but he says that most visitors to the Dominican Republic are unaware the rescue ever happened. To thank the descendants of those townspeople and future generations, Baver wants to build a community center, park and entertainment complex as a “living memorial” and tourist attraction.

“I was upset by how rundown Sosúa looks when you search for it on the internet,” says Baver, who first visited the town in 2013, after donating a piece of “Big Papi” World Baseball Classic memorabilia to the local Red Sox baseball academy. “I was disillusioned that hardly anyone knew about this amazing story. The message needs to keep being heard. It’s a ‘Schindler’s List’-like story of redemption.”

Baver’s nonprofit charity, Sosúa75, aims to raise an initial $5 million for the land to build a baseball stadium, butterfly conservatory, concert hall and botanical garden that will be enjoyed by the region and inspire locals to be proud of their role standing up for human rights. Butterflies have symbolic meaning in both Holocaust literature (children in the Terezin concentration camp saw them as representing freedom) and in Dominican history.

The three Mirabal sisters, who were known as “the Butterflies,” bravely stood against dictator Rafael Trujillo, who eventually had them killed. “This memorial park and garden will be a place to honor their legacy too,” Baver says. “At a time when immigration and the refugee crisis continue to be debated, honoring Sosúa is more important now than ever.”