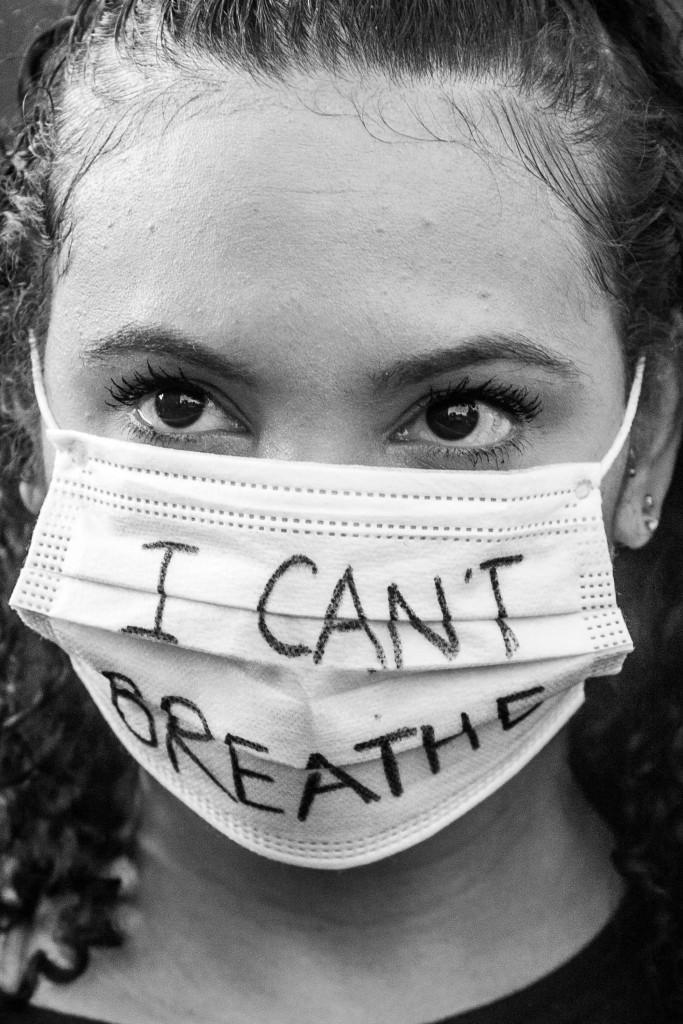 Gary Samson’s love of photography has always had strong ties to his interest in the past. It began when he was a kid growing up in Manchester. Camera in hand, he would roam the derelict Amoskeag Millyard, seeking images to shoot. He loved looking at other people’s pictures too. He had a part-time custodial job at the Manchester Historic Association, and in his downtime there he spent long hours thumbing through a century’s worth of black-and-white prints. Photography showed Samson how the world around him, whose appearance was often taken for granted, had changed over time. It was like catching flashes of light from the past. Nowadays Samson’s own early photographs, taken in the 1960s and 1970s, emit flashes of their own into the 21st century.

The way photography could capture moments and blitz messages across time became even more apparent when Samson discovered a fascinating body of photographs taken during the Great Depression for the Farm Security Administration. The FSA photographers were charged with documenting the plight of the rural poor across the US during the 1930s and 1940s, a bureaucratic-seeming task, but their work contains some of the most iconic images ever captured. It’s impossible to decide whether to class them as works of art or documents of history. They are both, often regarded as a visual complement to “The Grapes of Wrath.”

While Samson could remember his mother telling him about coming of age during the Depression, it wasn’t until his eyes fell on these pictures, made by Arthur Rothstein, Walker Evans and especially Dorothea Lange, that his mother’s spoken recollections took on a fullness of meaning.

Art and history — this collaboration underlies an enormous project that has been quietly coming together all across New Hampshire for over two years now. “New Hampshire 2020” is inspired by the FSA’s photography program with the simple mission of sending a small army of professional photographers out across the land to pluck moments from the flow of everyday visual history. The idea of a Granite-State version of the FSA project has long appealed to Samson, but it wasn’t until he undertook a small-scale version of it in the Monadnock Region in 2016, proving that it could work, that the board of the New Hampshire Society of Photographic Artists agreed it should be done on a statewide level. Samson, who at the time was New Hampshire’s Artist Laureate, was the natural choice as curator.

Samson is also a longtime member of the New Hampshire Historical Society. Once he knew his fellow photographers were sold on the project, he decided to try to bring his fellow historians along too. Aware of the NHHS’s immense photographic archive, Samson approached President Bill Dunlap to inform him that he and his colleagues were assembling a large body of work sure to become valuable archival material.

“It was a logical fit from both perspectives,” says Dunlap, who embraced the project immediately and volunteered to find exhibition venues, track down funding to publish a book, and make archival space available for what will likely be 3,000-4,000 photographs taken by some 45 New Hampshire photographers. “I’d like to say we helped come up with the idea,” Dunlap says, “but the credit has to go to the NHSPA. We’re mostly taking responsibility for the back end, the posterity part.” Samson offers more credit to the Historical Society saying they provided just what artists most need, the freedom to do their work: Dunlap’s pitch so enthused a trio of small New Hampshire banks — Merrimack County Savings Bank, Meredith Village Savings Bank, and the Savings Bank of Walpole — that they offered to underwrite the entire $35,000 project. 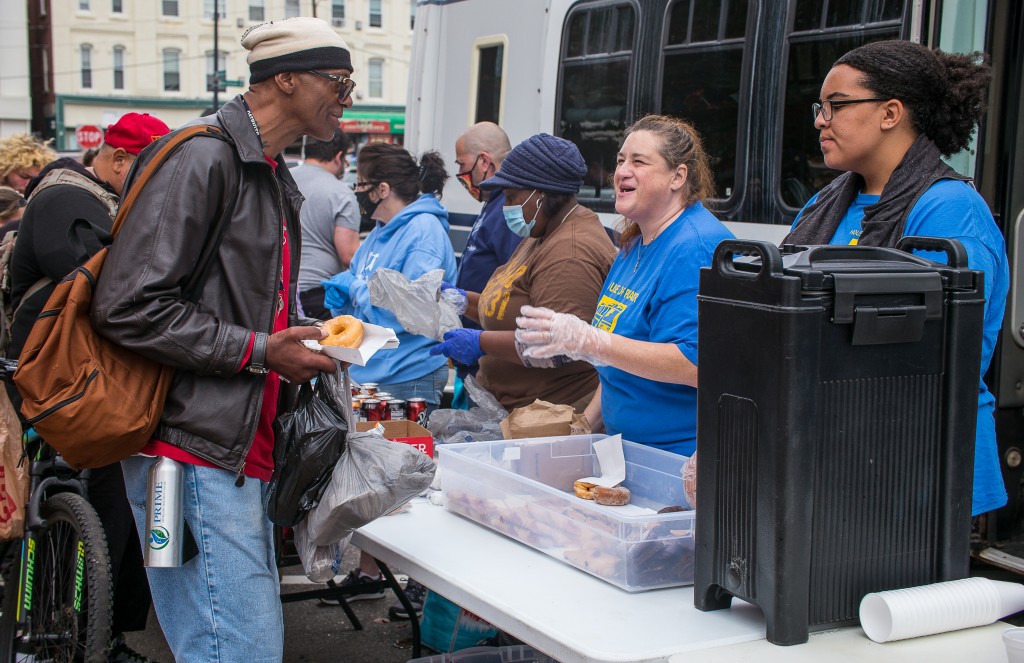 What no participant in New Hampshire 2020 could have known back in 2018, however, was just how historically significant, and how visually distinctive, the year 2020 would become. So far, it has given us ubiquitous Black Lives Matter vigils, a no-holds-barred presidential race set against the backdrop of a red-hot sociopolitical climate, and a global pandemic that has us all going around looking like a shambolic cross between surgeons and outlaws. COVID-19, moreover, has posed peculiar technical and artistic challenges for photographers. And if there’s one thing photographers thrive on, it’s a peculiar technical and artistic challenge.

“When we joined in this collaboration,” says the Historical Society’s Dunlap, “we wanted a picture of life in New Hampshire writ large. We didn’t want this to be a ‘New Hampshire Beautiful’ calendar, although that would of course be part of it. We also wanted the gritty side of New Hampshire, the not-glamorous side — a full picture of life here, from many perspectives.” That wish for variety couldn’t have come more true.

Samson’s company of image collectors will continue roving the Granite State, seeking that perfect fleeting moment, until the day after the election. Hundreds of hours of selecting and editing will follow, and next October eight exhibits will go up around the state to present a visual summary of life here during these last two years. A book of favorite images will be published, and the entire collection will be deposited in the state Historical Society archive, with relevant duplicates going to regional collecting institutions, where they will wait, ever-ready to join new conversations with future generations of historians, photographers and ordinary citizens.

“To me, the real value in this body of work is its existence in 20, 50, a hundred years,” says Gary Samson. “If these photographs make people more curious about their state, their community, their life — the project will have been a success.” 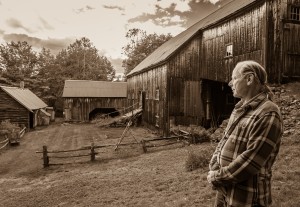 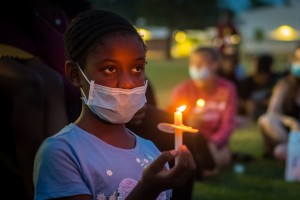 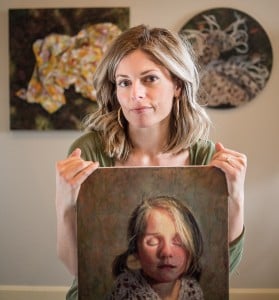 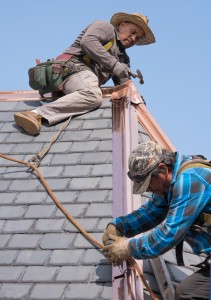 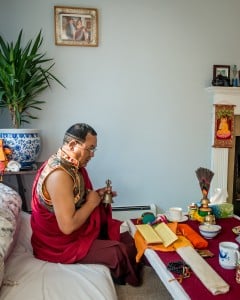 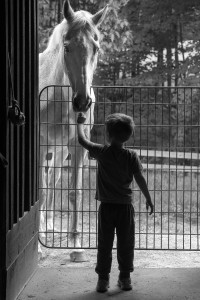 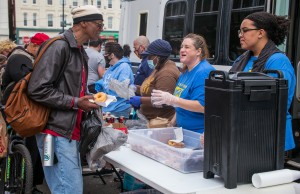 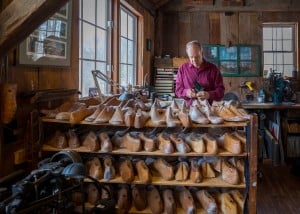 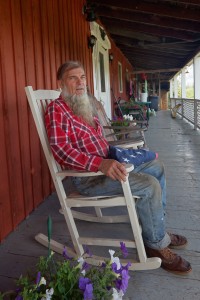 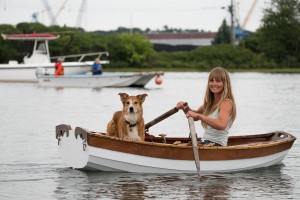 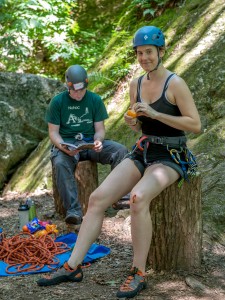 A Young Scientist Invents a Mask That Works for Everyone

Big Little Reporter Shares Local News with a Side of Kindness