A Mission to Preserve the Past

You never know who has a story to tell 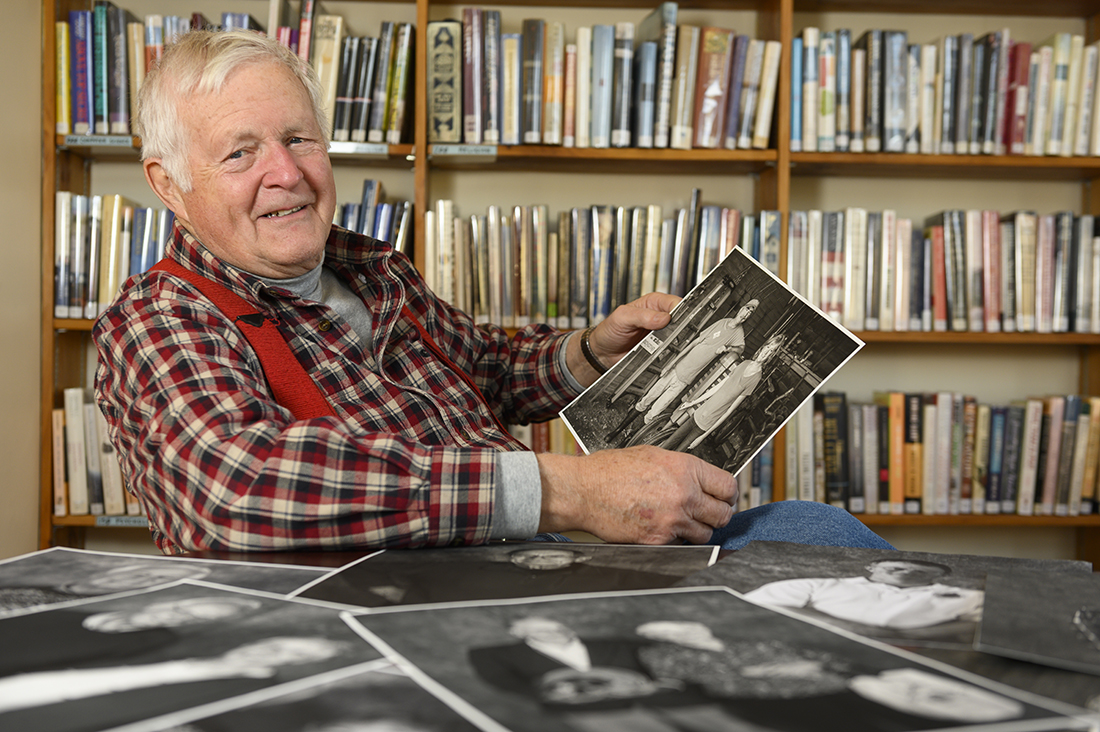 At the Plainfield Library, Steve Taylor looks over some photos of his oral history subjects taken by photographer Chad Finer. Photo by Joe Klementovich

When I started out as a cub reporter at The Portsmouth Herald back in the early 1960s, my old-school managing editor gave me a lesson that stuck with me for life. Ray Brighton had assigned me to do a profile of some local character, but it didn’t seem like there was much of a story there to me. My boss sensed my coolness to the project and sat me down for a quick lecture. “Look kid,” he said, “every person walking down the street has a story to tell, and it’s your job to get it out of them.”

So, I’ve been hunting down stories ever since and writing them up for newspapers, magazines, newsletters, whatever. A couple of years ago, I set out on a somewhat different path: Still chasing down people and their stories, only this time I’m having them tell their tales in their own words for the permanent record. Instead of a notepad and a keyboard, all I use is a small hand-held high-tech recording device. It’s under the aegis of the Plainfield Historical Society’s oral history project, and I’m closing in on 60 interviews that will be archived in both electronic and digitally transcribed form.

Of course, it’s kind of easy when the interview subjects are mostly neighbors and friends who I’ve lived among for as much as three-quarters of a century. And it’s also easy when, after they get comfortable with what I’m up to, they cut loose with the stories of their lives. In the course of an hour, sometimes two or even three, they tell me of their families, their life’s work, the joys and regrets as they look back over the decades. Invariably these sessions yield surprises for me, things I never knew about them, things like unheralded scholarly achievement, success in business or defeat of a serious illness. And there’s sad stuff, too, such as loss of a dear relative or plain old bad breaks.

I start off with a couple of innocuous questions — about their family and childhood and then how they came to be part of the Plainfield population — and from there we roam over a wide landscape. For most, it has been a life of hard work, raising families, and taking satisfaction in being part of a network of neighbors. I’ve lived in Plainfield for more than 75 of my 80 years, and was sure I knew most of the town’s accumulated history in that span, but to sit with men and women who came home from the Korean or Vietnam wars, a guy who built a multimillion dollar business out of nothing, a woman who saved her son from drowning in an iced-over pond, or a couple who had taught in local schools for half a century, is to add a vast new dimension to my knowledge and understanding of the town.

He, and some others well along in years, still use figures of speech that are fast going extinct in this state.

There was a gripping account from the town’s oldest son, still going strong at 97. He fought in the Battle of the Bulge, took shrapnel from a German artillery round that killed his tentmate, was evacuated to England, patched up and sent back into combat. He’s still carrying shrapnel in his body. Another man told of growing up in the Great Depression and how the family lived on venison his mother canned from deer he and his brothers shot. Three sisters, now in their 60s, shared vivid memories of teenage years spent doing endless chores like milking cows and picking rocks from the fields on the family’s dairy farm.

Some subjects brought something soon to vanish from New Hampshire culture: distinctive hill country accents and vocabulary. A guy who started working in a sawmill after eighth grade, then logging with horses, then driving the town road grader for many years, he spoke in a voice that harkened back to the early 20th century, unaffected by the homogenization of speech occasioned by television and population mobility. He, and some others well along in years, still use figures of speech that are fast going extinct in this state, and I’m glad they’ll be preserved in a tiny way in Plainfield’s electronic archive.

Actually, this Plainfield oral history project isn’t something new. Back in 1974, a tiny group conducted the town’s first such effort. There were 45 people interviewed then on magnetic tape, and the recordings were later transcribed onto paper. The last of these people died five years ago, but they left behind stories that are wonderful to hear today, and which I’m darn glad got done back then. There was a man who could recall as a boy going to Plainfield town meeting in the 1890s, an occasion when sawdust covered the floor, shots of whiskey were sold at the back of the hall, and it wasn’t uncommon for debate to devolve into a fistfight or two. 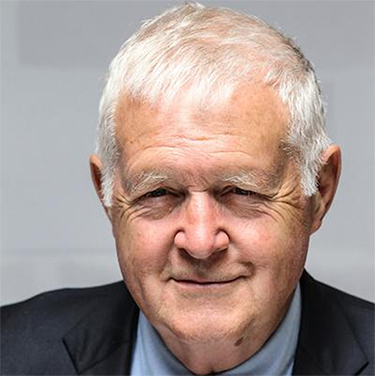 About the author: Steve Taylor is a scholar, farmer, journalist and longtime public official. With his sons, he operates a dairy, maple syrup and cheese-making enterprise in Meriden Village. He has been a newspaper reporter and editor, and served for 25 years as New Hampshire’s commissioner of agriculture. Taylor was the founding executive director of the New Hampshire Humanities Council and is a lifelong student of the state’s rural culture.

This project 46 years ago tapped memories of the turn of the 20th century, the coming of the automobile and World War I. But we blew it in the 1990s when we didn’t capture those with memories of the Great Depression and the beginnings of the town’s transition away from an agricultural base to an economy keyed on commuting to employment in nearby communities. This time we got our act together, thank heavens.

Embarking on this endeavor we had a debate about who we ought to pursue for interviews. At first, it seemed like just natives and oldtimers should be considered, but, aha, a huge majority of Plainfield people today came here from somewhere else. And couldn’t somebody who moved into town in the 1960s or 1970s and is now 80 or more be considered an oldtimer?

Well, yes, and widening out the net paid off handsomely in diversity and texture of the enterprise. It has surely afforded me a vast new dimension to my knowledge and understanding of my town, and, aside from that little recorder, it hasn’t cost anybody a cent.