The Granite State Primary could throw the country a curve 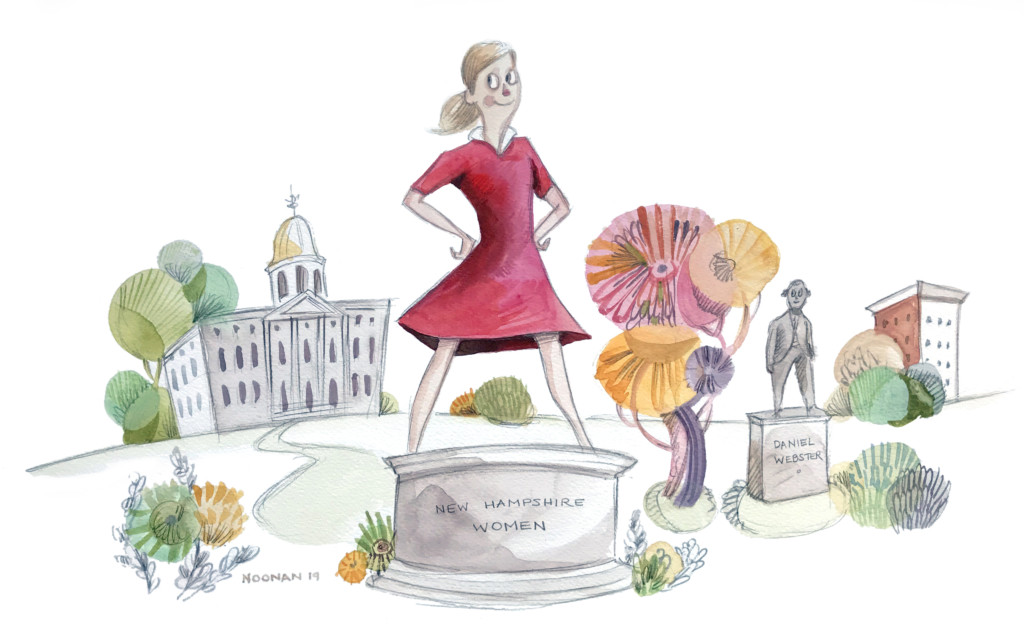 As the 2020 Democratic presidential primary plays out nationwide this year, poll after poll has found that Democrats are fairly united about their priority: picking a candidate who has the best chance of beating President Trump.

National polls bear this out. Instead of a candidate who agrees with a more liberal base, even liberals say they want someone who will deny President Trump a second term. Listed this summer as “the most electable” just happens to be a collection of older white men with some Washington experience (e.g., former vice president Joe Biden and Vermont senator Bernie Sanders).

What’s interesting, though, is that New Hampshire voters may have a distinctly different opinion about what, exactly, electable means. For a while now, voters in the Granite State, particularly Democrats, have long preferred and sought to recruit female candidates, believing they had a better chance of winning. And our election record is quite clear — in New Hampshire, women win.

Many stats prove this, but just consider these facts: The first woman to serve as both a governor and senator in US history was Jeanne Shaheen. The second woman to do the same thing was Maggie Hassan. And the woman Hassan defeated to enter the US Senate was Republican Kelly Ayotte. Even prior to that 2016 contest, the Granite State was the first to have an all-female delegation to Washington, the governor was a woman, the state’s House speaker and Senate president were women as was the chief justice of the state Supreme Court.

Repeating this litany isn’t to make a point about girl-power grit, but it provides good evidence that there might be no state where voters actually prefer women more than here.

Consider that there is now a New Hampshire organization whose sole mission is to recruit Democratic women for office. It is not some feel-good niche organization. When they are able to recruit a candidate, that candidate is at least the nominee, as Molly Kelly showed in the 2018 governor’s race.

In the context of the presidential primary, there is, of course, one major caveat. While New Hampshire became the first state to pick a woman for president (Hillary Clinton in 2008), they decisively did not choose her again in 2016 as she was on her way to becoming the first female nominee for president of a major party. But in 2020, it is highly plausible that, while other states may look to men, and white men at that, New Hampshire’s famous first-state-primary status could catapult a woman into making a lasting mark on the campaign and possibly become the nominee.

There are six women who are running for president — the largest group of women ever to seek the presidency. While some, like Hawaii representative Tulsi Gabbard and California spiritual guru Marianne Williamson, seem like long shots, Massachusetts senator Elizabeth Warren and California senator Kamala Harris have been in the top tier of candidates from day one in the campaign.

Electability itself is an ambiguous concept. Barack Obama was viewed as unelectable until he won. And the most unelectable person ever to be the nominee of a major party (at least in terms of polling at the time) now sits in the White House.

Which offers all the more reason why, without an assumed or shared national definition of electability anymore, New Hampshire could define for itself what electable means. And if they do, then put your money on the women.