An idyllic town tucked among the mountains 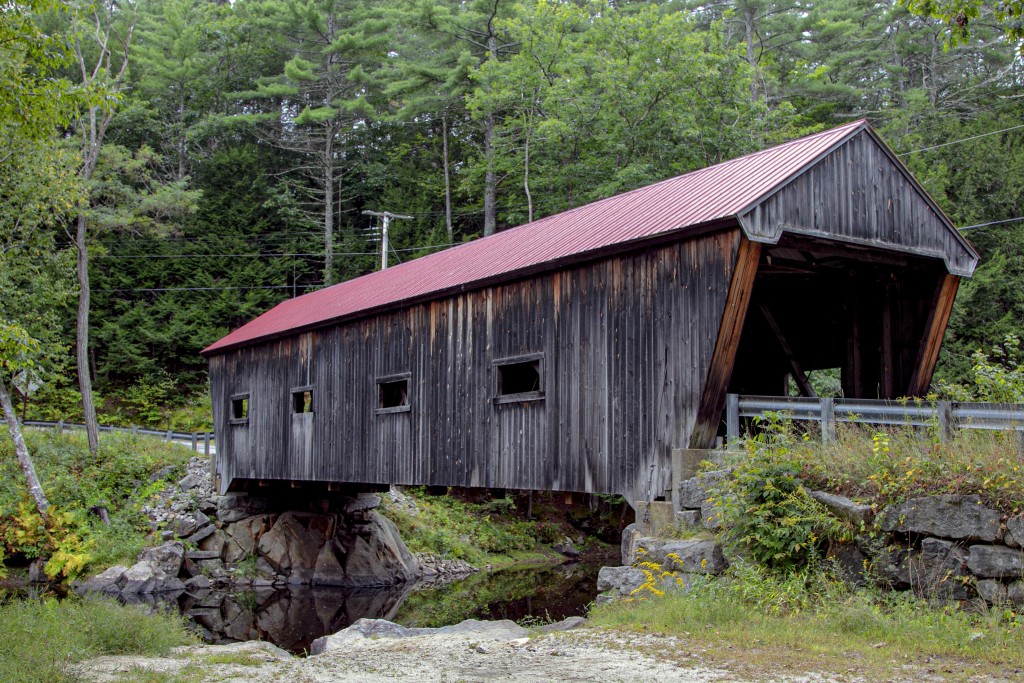 One of New Hampshire’s many towns of unusual shape, Warner is a somewhat lopsided rectangle with a long, inverted triangle attached at the northern side. This top triangle gives Warner claim to the southern slopes and the summit of Mount Kearsarge.

Many New Hampshire towns have mountaintops but not one with such far-ranging views, or one where you can drive to within half a mile of the summit. Because it stands alone — its nearest neighbors are Ragged Mountain in Danbury and Mt. Sunapee — the view from its bare summit on a clear day reaches to the White Mountains, Vermont’s Green Mountains, and occasionally to Boston. All for a half-mile hike.

The three-mile paved road to the summit begins at the entrance to Rollins State Park at the end of Kearsarge Road, which begins in the center of Warner. Narrow and winding as it climbs through the forest, the summit road is not alarmingly steep. Even for those who don’t climb to the summit, the view south from the parking lot is worth the drive.

Until 1807, this long annex to Warner was a town of its own, known as Kearsarge Gore (Gore refers to triangular wedges of land that were left over from early grant surveys). When Wilmot was incorporated in 1807, this wedge was divided between Wilmot and Warner.

In the early 19th century, Warner was a prosperous agricultural town with several small mills along the Warner River and smaller streams. When the Second New Hampshire Turnpike was built from Claremont to Amherst, it bypassed Warner, as did the third, running from Bellows Falls and Walpole, through Keene and on toward Boston. 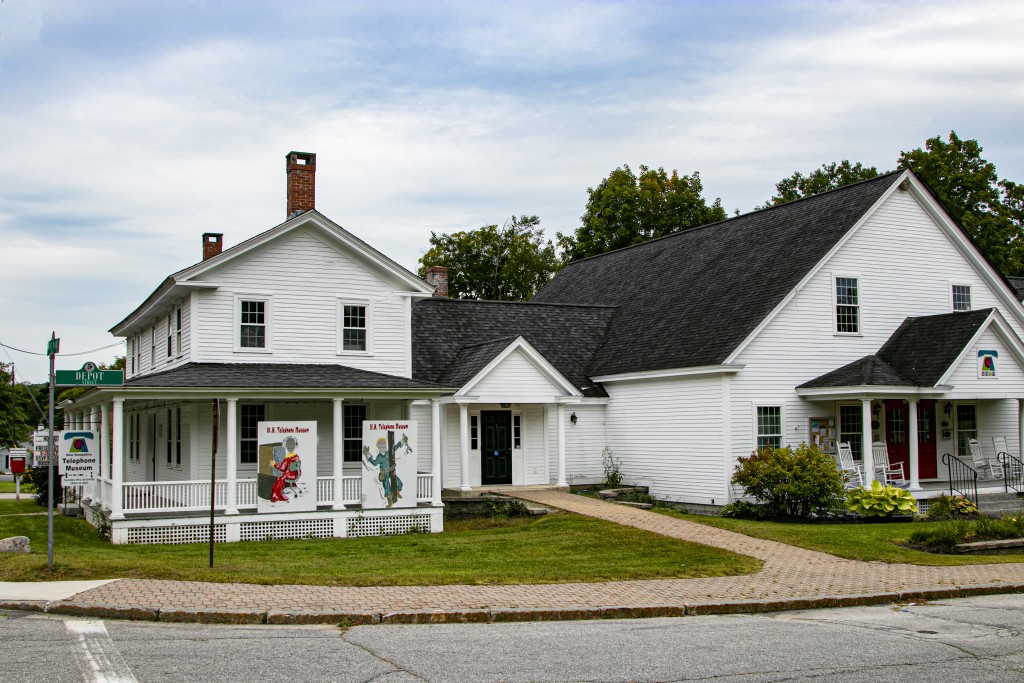 The New Hampshire Telephone Museum houses a collection of over 1,000 telephone artifacts in two buildings.

Not happy at having their town and its industries cut off from the main routes, Warner’s citizens built another road, this one from the head of Sunapee Lake to Bradford, opening a better route from Windsor, Vermont, through the Sugar and Warner River valleys to Concord. The new — and better — road diverted traffic from the other two turnpikes, and it eventually became the stage route connecting western New Hampshire with Concord and Boston, through the center of Warner.

Not content with that, Warner decided to begin a “flying” stagecoach line to take passengers between Hanover and Lowell in one day. It became one of the nation’s most successful stage lines, operating until the opening of the Concord and Claremont Railroad in 1849. All the while, Warner prospered from the passing traffic, with more than eight taverns and stores along Maine Street.

Today, you get a picture of this early prosperity in the homes along Main Street and the tidy row of wooden mercantile buildings that still house shops on one side, next to the Town Hall. That impressive brick building proclaimed that Warner was a town of substance.

Past the small park adjoining the Town Hall, the Upton Chandler House is now a museum, where the historical society is restoring the interior. Features include original wall stenciling, paneling and fireplaces. The Federal-style house was built around 1817, and despite multiple owners and a time as apartments, the house is relatively unchanged from its original form.  Across the street, the Warner Historical Society occupies another gracious early 19th-century home.

Farther west, just off Route 103 and largely unknown, is the Waterloo Historic District. Listed on the National Register of Historic Places, Waterloo was an important village in Warner’s history. The former rail station, now a private home, sits beside the Waterloo Covered Bridge, one of New Hampshire’s few surviving lattice truss bridges. Built in 1840, it was reconstructed in 1859 and again in 1970. (Another, the Dalton Covered Bridge, is at the other end of town on Joppa Road.) 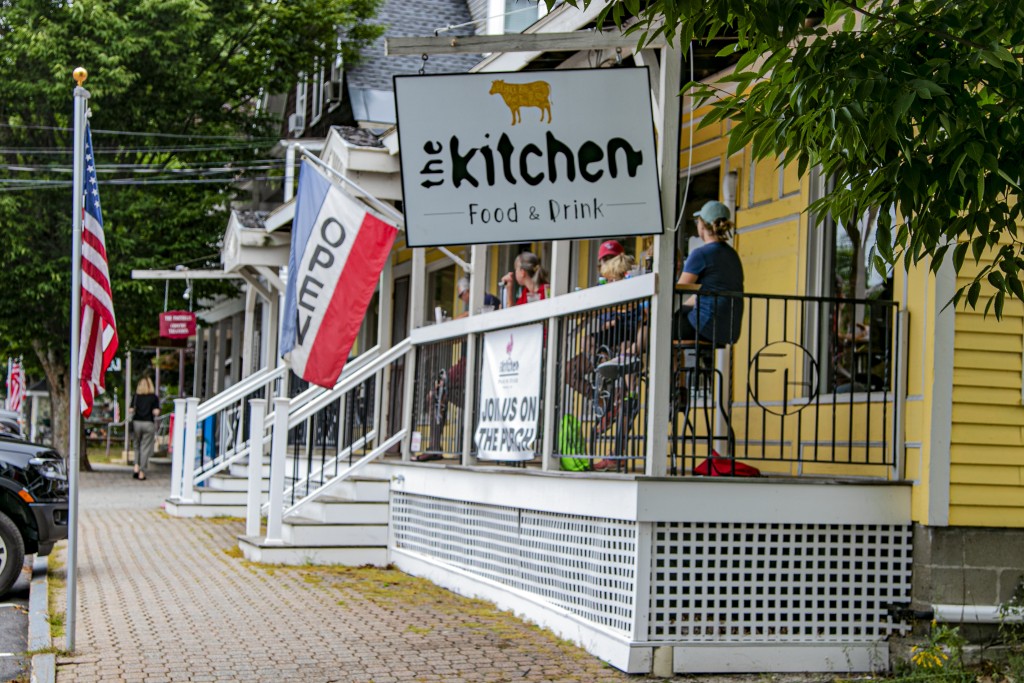 Warner’s walkable, attractive and busy Main Street is a mix of shops and restaurants.

Just up the hill from the station and bridge is a cluster of distinguished buildings dating from the late 18th and early 19th centuries, when Waterloo was a busy center with mills along the river. Their markets expanded even more with the arrival of the railroad.

Warner’s downtown center is attractive and active. On a Sunday afternoon, we found a choice of four inviting places to have lunch, as well as a live concert on the porch of Café One East, next to the Town Hall.

Across the street, Main Street BookEnds, in a farmhouse built around 1795, is a lot more than a bookstore. Long a community gathering place, this indy bookstore has a gallery in the adjoining barn, which displays local art and hosts programs, author appearances, concerts, speakers, art classes and community meetings.

The farmhouse was the home of the Pillsbury family, founders of the Pillsbury Flour Company, and upon returning to his hometown in the 1890s, George Pillsbury donated the elegant brick Pillsbury Free Library, next door to his former home. Behind MainStreet Bookends is the Jim Mitchell Community Park, with a stage, amphitheater, gardens and a children’s park.

The New Hampshire Telephone Museum fills two buildings just down the street. Warner has more than its share of museums. On the way to Rollins State Park, the Mt. Kearsarge Indian Museum is filled with beautifully interpreted displays of Native American culture, arts, and ways of life from prehistoric to contemporary times. Adjoining is The Nature Discovery Center, filled with hands-on activities and collections of minerals, fossils, sealife, insects, mounted birds and mammals, and plants to promote children’s appreciation for the natural world.