Where Was Daniel Webster Born? 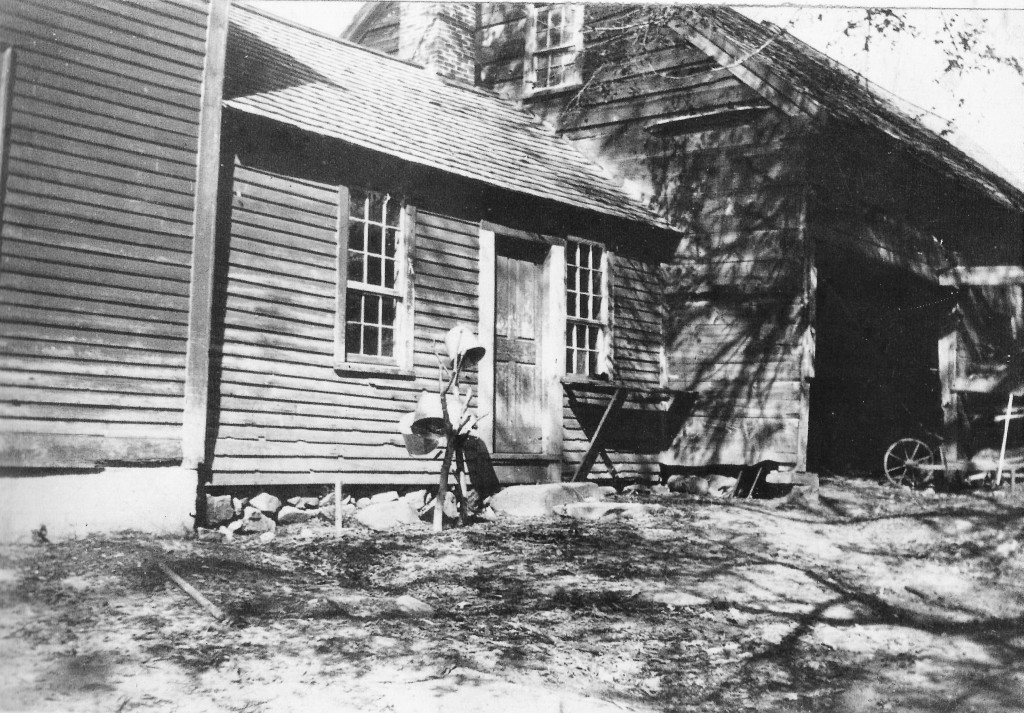 This 1913 newspaper photo shows the house where Webster was born when it was attached as an ell to the Sawyer farmhouse. Courtesy photo

Webster was the ninth child in a family of 10, and he was frail and sickly. Because of his poor health he was excused from hard physical farm work, and spent much of his time reading. Webster developed a love of learning and an excellent memory. Proud of his son’s ability to learn quickly, Ebenezer Webster arranged to have his son formally educated at Phillips Exeter Academy and then, at the age of 15, Daniel entered Dartmouth College, where he developed a reputation as a fearless debater. Upon graduation from Dartmouth in 1802, he accepted a teaching position in Fryeburg, Maine, before turning to the study of law.

After a successful career as a teacher and lawyer, Webster was elected as a New Hampshire congressman in 1813, and he served two terms before deciding to move to Boston to resume his law practice. Massachusetts called upon him, and he served that state as both a congressman and senator before being asked to serve as secretary of state by presidents Harrison, Tyler and Fillmore. As a lawyer and statesman, Webster earned recognition and fame for his skills as an orator. Webster’s impassioned oratory was legendary, and he had no equal among his American contemporaries. With a quick wit, silver tongue, dominating physical presence and the magic of the spoken word, he persuaded judges and juries, and moved colleagues in Congress to his point of view.

His father, Ebenezer, had served with Rogers’ Rangers during the French and Indian War, earning the rank of captain. As reward for his service, Ebenezer was given acreage in the undeveloped land grant north of Boscawen called “Stevenstown,” which later incorporated as Salisbury. Ebenezer settled the property and built a one-room log cabin, where most of his children were born. At the time that Ebenezer built the cabin, his nearest neighbor to the north was in Canada.

By 1774, Ebenezer had made plans and begun to build a larger home for his family, which had outgrown the log cabin. But when the Revolutionary War began, Ebenezer, still bearing the rank of captain, left his family and led his local militia to join forces with Gen. John Stark. Ebenezer returned home from the fighting whenever possible to work the family farm and continue construction on the larger two-room frame house. By 1780, he had completed the house in time for the birth of Ezekiel, the only sibling other than Daniel to be born in it.

This house where Daniel Webster was born in 1782 was constructed such that the front door faced a Native American trail paralleling Punch Brook. In 1780, there was only a bridal path where North Road is today, and most travel took place along the old trail. Thus, Ebenezer constructed his house to face most of the “traffic.” As North Road developed and the Indian trail faded away, the front became the back of the house and the back door became the front door. 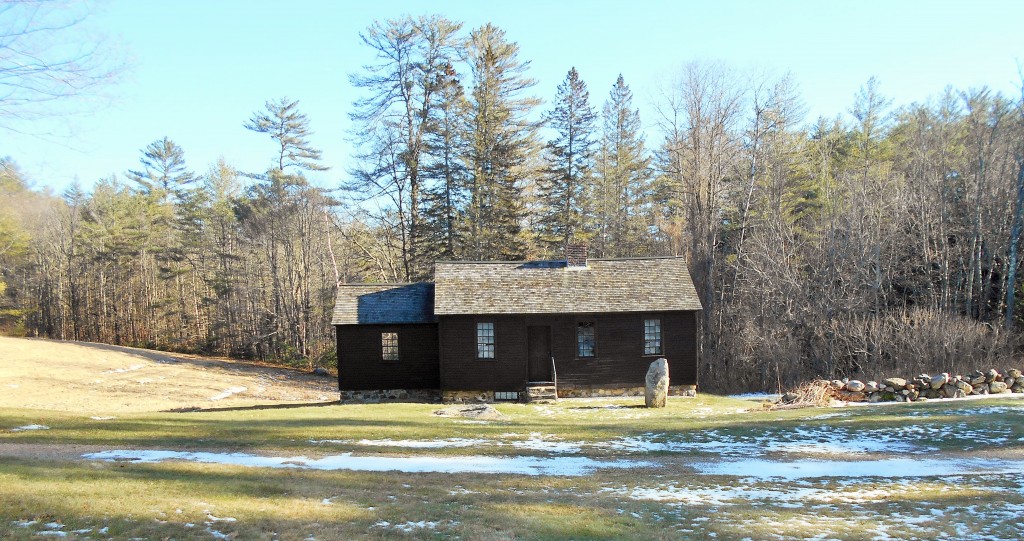 The birthplace today, seen from the road with the restored cabin reunited to its woodshed. Courtesy photo

In 1784, Ebenezer sold his homestead to Capt. Stephen Sawyer. Sawyer built a new farmhouse just west of the birthplace. According to legend, when Sawyer wanted to construct the ell of his new farmhouse (the shed-like structure that connects the living quarters to the barn), he decided to utilize the vacant Webster house and moved a portion of it to his farmhouse and attached it. Only the central portion of the old Webster house was moved. The south end bedroom remained behind and was used as a chicken coop. The north end woodshed was relocated and continued to be used as a woodshed. The brick fireplace and chimney were knocked down and used to fill in the cellar hole. Thus, for over a century, the Daniel Webster birthplace house existed in three separated pieces.

The Sawyer property passed through several owners until 1910 when the Daniel Webster Birthplace Association, which wanted to preserve the birthplace as a historical site, acquired it. They raised funds, conducted research and developed plans to resurrect the house. The restoration was based primarily on existing sketches of the birthplace house. The original cellar hole was located and re-excavated, and the ell from the Sawyer House was detached and returned to the newly re-excavated old cellar hole. While digging out the old cellar hole, bricks from the original chimney were found and used to rebuild the fireplace. Other salvage material included foundation, hearth and doorstep stones. The original woodshed and former bedroom-turned-chicken-coop were beyond saving and were razed and reconstructed. A 1913 newspaper clipping shows the ell from the Sawyer house being relocated, and states that the replicated portions are being made to conform in lumber and carpentry as nearly as possible to the original 1782 building.

But is it really the restored original house in the original location? The bedroom and woodshed reconstructed around the relocated ell are based upon a drawing produced in 1851, which has been discredited, and its accuracy is disputed. The 1913 Birthplace Association members claimed that Webster sanctioned the illustration, but the Webster family moved away from this dwelling when Daniel was only about 3 years old. Webster claimed to have a memory of its appearance, perhaps gained through return visits during his boyhood. The house Webster described in other documents is not entirely consistent with the building that exists today. Other than lore, the ell from the Sawyer house was never confirmed to be a surviving portion of Webster’s original home.

At best, the present hybrid structure contains some portions of Webster’s original birthplace and likely sits approximately where the original house once stood. Today’s “Daniel Webster Birthplace House” is about three-fifths old fabric, moved twice, and about two-fifths newer fabric constructed in 1913 to replicate a sketch of the 1780 dwelling. At worst, the present structure consists of only a period-appropriate portion of a neighboring house, moved onto an excavated, unverified old cellar hole, and pieced together in 1913 to resemble a sketch of questionable accuracy.

So, is it original or not? Take a trip to the site and ponder on it for a bit.