What’s in the Box?

Christmas is a competition — here’s how to lose 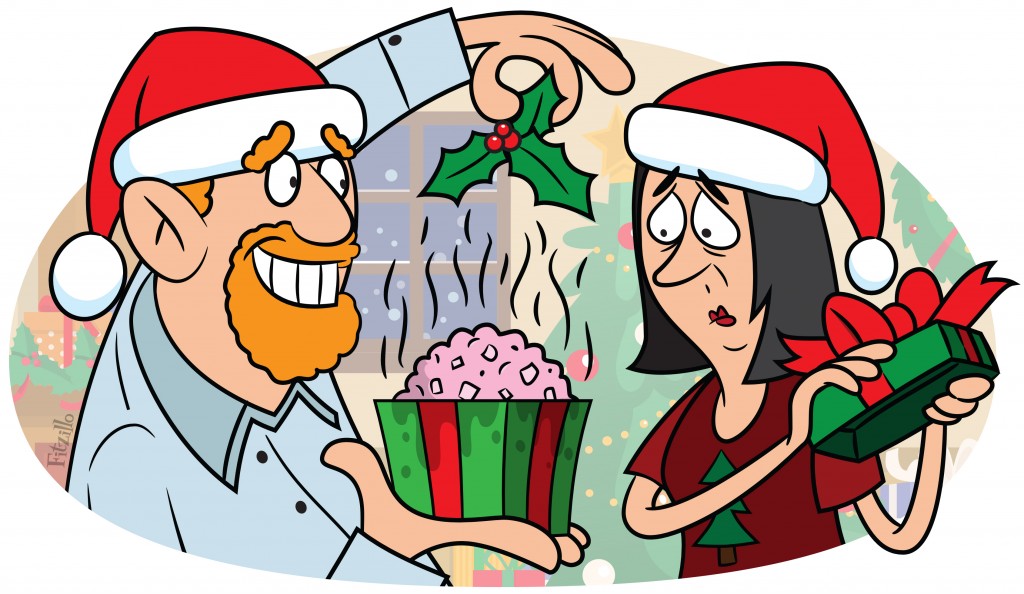 Daylight was still a couple hours away, but I was wide awake. It was Christmas morning, and when the clock finally hit 5 a.m. — our family’s agreed-upon “don’t even think of getting up before” time — I jumped out of bed and ran downstairs in my jammies, drawn to the tree and making with the clapclap.

I was 40. Which I now realize makes the jammies thing kind of disturbing. But the truth is, I’ve never been able to sleep on Christmas eve — especially that year, which is when I ended up getting one of the best Christmas gifts I’ve ever received. Great, right? Yeah, but no, because now I have to try to match that every year.

A couple months earlier, we had seen Bruce Springsteen and the E Street Band. Halfway through the set, I leaned over and said to my wife, “Of course you know, I need a Tele now.” I never really expected to actually own a guitar like the Boss’ chosen instrument, but that Christmas it was the last gift tucked way behind the tree.

At first, I was excited because I thought she bought me a guitar case, which would be kind of weird. She did get me a guitar case, but inside that case was a red Fender Telecaster. I knew then and there my wife had won Christmas, and maybe for good.

Most people have one unforgettable gift they remember with great affection — one whose memory gets hauled out every year along with the yule, the nog and the figgy pudding. Even if no one technically knows what those things really are. My annual mission: to find her that gift.

As we arrive in the heart of shopping season, I typically end up with nothing but an increasing sense of doom and a lot of really stupid gift ideas. Also, a pocket full of Heidi Jo’s Jerky, because that stuff is fire. Then I flail and buy many things that are not at all going to blow her mind. There’s plenty out there; I just overthink it.

• There’s a little diner near us in Fremont called Benson’s Café that has incredible homemade corned beef hash. I got a clump of it once (the scientifically accepted nomenclature for a measure of hash is, in fact, “a clump”) and gave that to her.

• She loves reading, so I visit Gibson’s and buy her a murder of books. Only then I don’t see her until August.

• She loves houseplants, but I’m not putting another dime into the pockets of big philodendron.

• She’s an honest-to-Sandler New Hampshire native, born and brought up here, so I Googled “how much to buy Franconia Notch?” Cool, but hard to wrap.

• She loves watching Turkish soap operas, but what am I supposed to do with that? Also, I assure you I am not making that up.

• I could write her a song on that Telecaster, but she didn’t do anything wrong.

I’ve come up short every year since guitar-Christmas. She knows I’m trying my best when I tell her: “Don’t get me anything.” She understands this is really code for, “I’m about to get really irresponsible. And probably stupid.” I’ll keep trying. Even though I know you can’t buy love, I’m pretty sure you can buy love.