Rick Naya dresses as a colorful crusader when he attends festivals, some he helps host, to spark the growing interest in high-quality pot, but he takes things seriously when he’s in Concord, speaking for thousands of NH cannabis users, both medical and recreational, who can’t speak publicly without risking jobs or status. He’s spent the last 15 years as one of the chief advocates for “wise legalization” and says he’s never made a dime for his efforts. He sees it all as a personal calling and a joy. 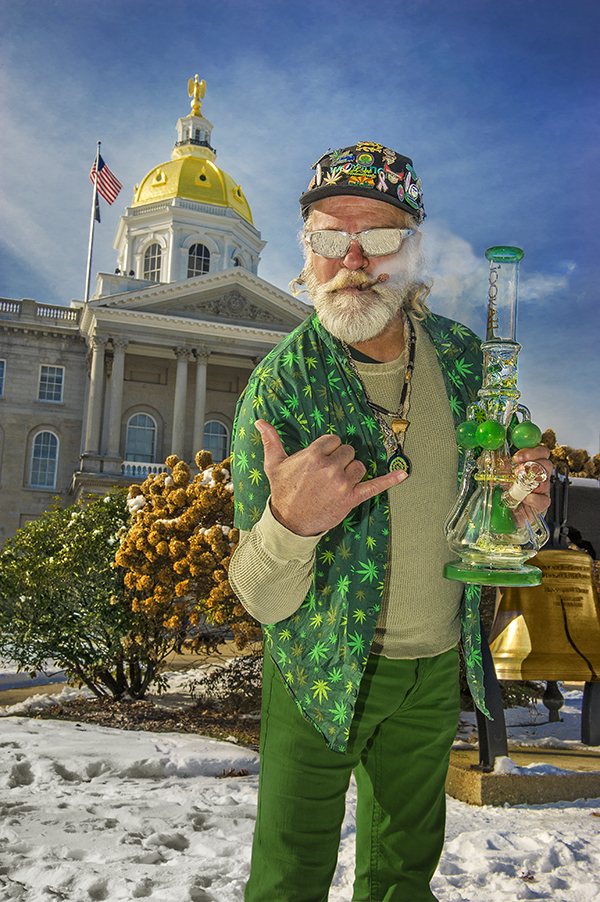 Learn More
Rick Naya also appears in our January 2019 feature story “Surrounded,” a look at the pros and cons of legalizing recreational cannabis in New Hampshire. 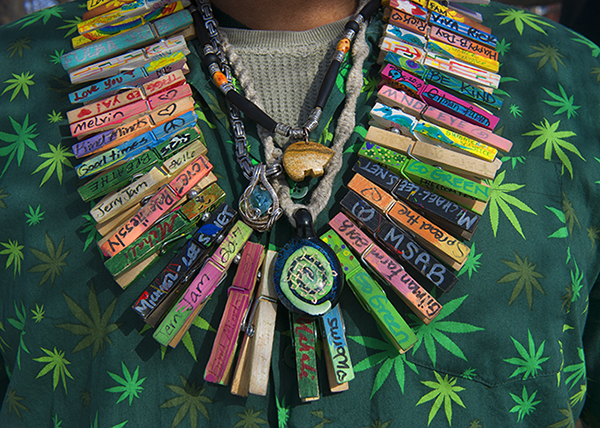 Naya, executive director of NH NORML, is a celebrity at cannabis festivals and “cups” (competitions where various strains are judged) and he often wears this necklace of painted clothespins — each one “pinned” to him by a friend or admirer. “It’s a festival tradition,” says Naya. “They are just sharing the love.” Naya personally operates the NH Cannabis Freedom Festival and the NH Freedom Cup and Bake-off. He also owns A Newer NH — a New Hampshire cannabis company and farmers’ collective that’s anticipating the day weed becomes legal in the Granite State.

Thanks and a tip of the Transcript Top Hat to the folks at Concord’s NY Smoke and Vape for the loan of that impressive-looking bong.