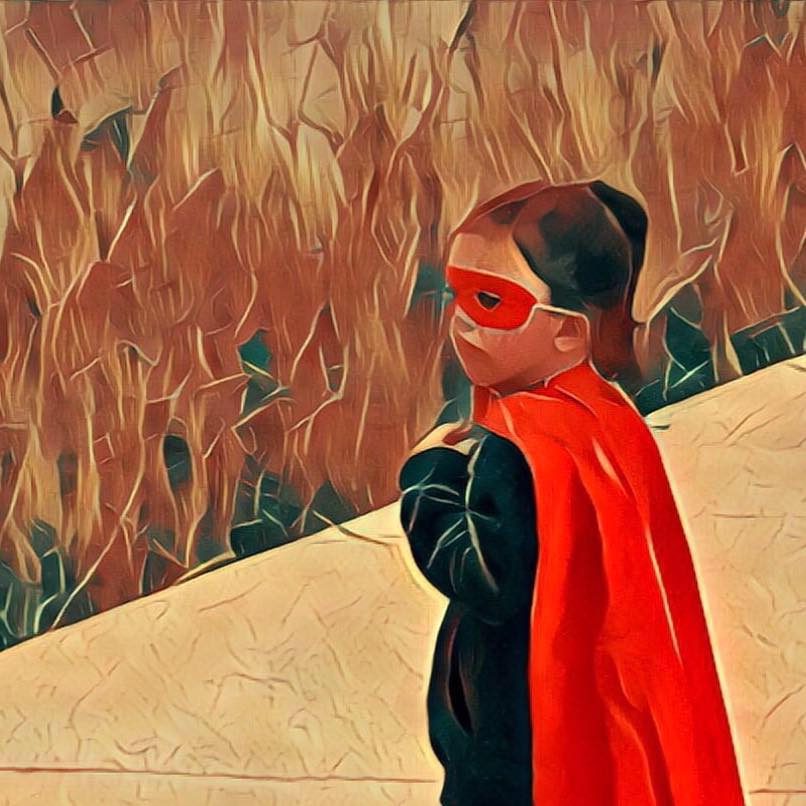 At the Flight 93 National Memorial in Stoystown, Pennsylvania, a 4-year-old learns that heroes come in all sizes. Illustration by Dan Szczesny

We are settled in for our ride across Pennsylvania, fresh off a visit to Frank Lloyd Wright’s Falling Water. Coolers packed with treats, the long, glorious highway stretching out before us, we turn east for home after a two-week road trip. We’re tired and ache with that sort of overload that seeps into your body after being on the road this long.

My 4-year-old is just beginning to drift into a nap, when my wife suddenly asks, “Hey, isn’t Shanksville in Pennsylvania?”

She’s quiet for a moment, focusing on her phone.

“Get off at the next exit!” she yells.

Due to some perfect alignment of the stars, we find ourselves a couple miles away from the Flight 93 National Memorial on the anniversary of 9/11.

I pull off the highway, oblivious to the role my daughter will soon play in the lives of so many people. A role that would all begin in a Goodwill store in the middle of nowhere.

By the time we arrive at the memorial site, it’s mid-afternoon. But the park is packed. We missed the President and the anniversary ceremony by only a couple hours. The bleachers are still set up and dozens of tour buses and RVs are buzzing around the site.

As we pull up, we watch in wonder as a pickup truck, decorated from top to bottom with flags, statues of liberty and World Trade Center models, slowly drives by. Thousands of bubbles float out from the truck bed, shimmering in the cloudy sky. There are vets on motorcycles hugging and shaking hands. Tour buses from all over the country idle, tour groups of folks in wheelchairs, on crutches and hunched over walkers mill around.
Families push strollers.

To my daughter, we are just going to a park. On the way here, I tried to explain that this will be a special park, a place to think about things and remember people. But I’m not ready to talk to her about 9/11 so I don’t really know how this will go.

As I’m unbuckling her, she says, “Daddy, I want to wear the costume!”

At a stop off the highway, we took a bathroom break at a Goodwill store. My daughter found a bright red mask and cape and we took it with us for the coming Halloween.

“Please let me wear it!” she moans.

I’m out of my league here. There are TV cameras, and vets in leather jackets on Harleys. Would that be … I don’t know, disrespectful?

“Let her wear it.” My wife touches my elbow and smiles, always the voice of reason. The brave one. “It’ll be OK.”

I fasten the Velcro cape around my daughter’s shoulders and slide the red mask over her eyes.

I set her on the pavement, take a deep breath, her mother and I take a hand on either side, and we begin to walk. 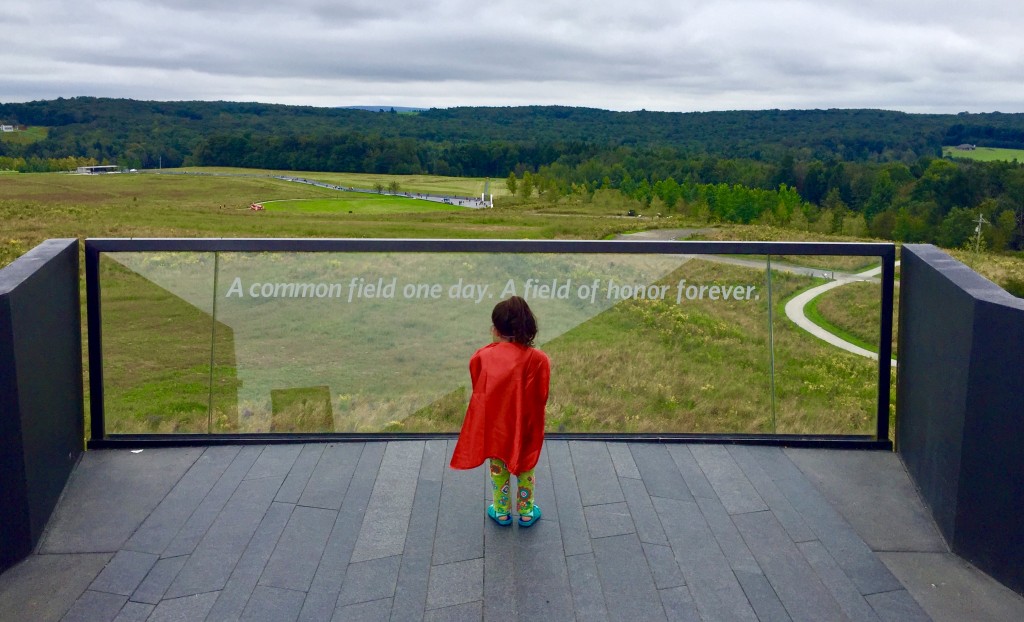 The memorial honors the passengers of Flight 93 who thwarted an attack on the US Capitol. Photo by Dan Szczesny

The site sits on a couple thousand acres of farmland, and the memorial itself is enormous and subdued at the same time; a long runway-like walkway leading to a small orientation visitor center, then a larger museum, then the wall of names and finally a lookout platform rising above a hillock that overlooks the actual crash site. The memorial is designed in the direction of the doomed airliner’s flight plan.

The National Park Service has taken great pains to not sensationalize the site, to veer purposefully away from nationalism and focus on the heroic acts of sacrifice of the passengers that fateful day. It is a beautiful, respectful tribute.

My daughter doesn’t know any of this. She knows we are outside, and it’s a warm day. There’s space to move, things to touch and flowers everywhere. And as we walk, people begin to notice.

A docent near a large map of the park smiles and says, “Oh, honey, you’re so pretty!” A vet with a round belly and black vest filled with patches and medals smiles and gives me the thumbs-up. I smile back, I don’t know what else to do. Couples point at her. Some folks whisper. I’m shocked when one lady we pass on the long walkway up to the memorial says, “Thank you.”

Near the viewing platform, a tall, dark-haired park ranger watches my daughter approach.

“Is that a policeman, Daddy?” she asks.

I lift her up, but even in my arms, the ranger still has a few inches on us. His name is David. I whisper in her ear, ask him.

“Well, sometimes people have questions, other times they just want to talk,” he says. “I try to help people.”

Park Ranger David takes off his sunglasses and hat and bends toward her, only inches from her face. There is no one here, no audience. This isn’t a performance. He is talking only to my daughter.

“Well, Uma, this place was built to remember heroes. But today, you’re the only superhero here.”

His eyes well up, as do mine. I hope she remembers this moment.

“I’m an Incredible,” she tells him.

We part ways, and I put her down. There are only a few people at that lookout, but when they see her coming, they move off. It’s as though they are making room for her, clearing that space to allow her a moment’s meditation. And she does. She walks right up to the edge and pauses. Like she’s reading the words.

After, we visit the exhibit and my wife listens to some of the recordings. I can’t. I don’t want to cry. We check out the gift shop and my daughter picks out a fridge magnet. We drive over to the sculpture called the Tower of Voices, a half-built memorial with 40 wind chimes to commemorate the passengers. She calls it a singing tower. On our way back to the car, she plucks a daisy off the sidewalk and holds it tightly in the car. On the road, as she falls asleep, the flower remains locked in my daughter’s fist.