Discover history, farms, and more in this small town 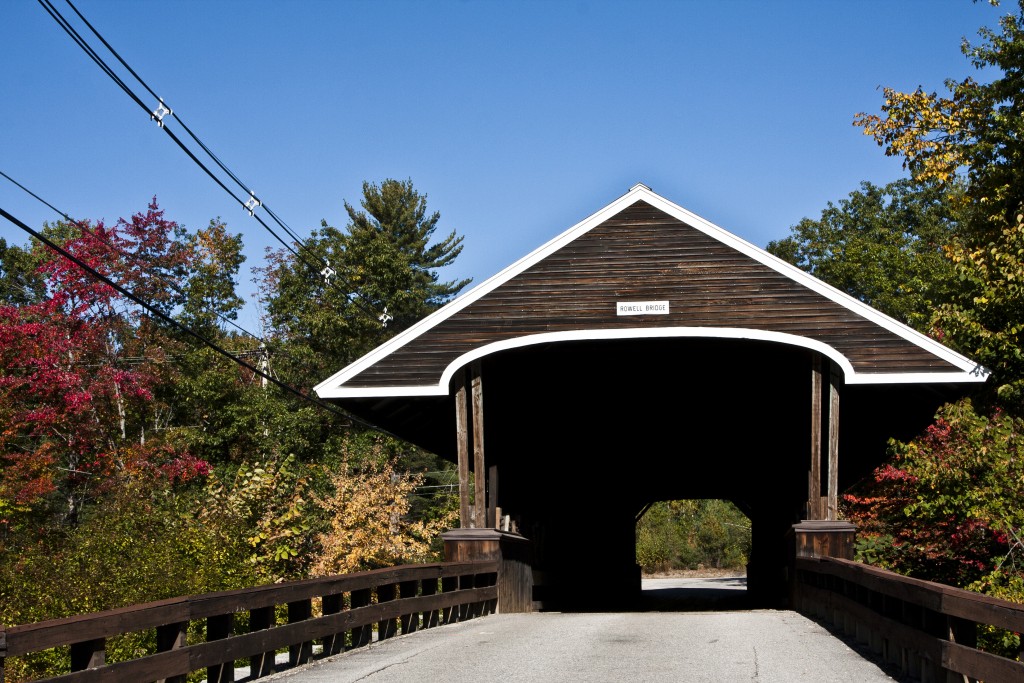 The Rowell Covered Bridge in Hopkinton. Photo by Stillman Rogers

For those not used to the “you can’t get there from here” ways of New England, one town that’s actually made up of three distinct villages probably seems confusing — and it kind of is. Even as a native, for a long time I was confused about Contoocook, with its shops and restaurants, and the village of Hopkinton, with the town hall and churches. But it’s not that unusual in New Hampshire.

All these split towns began in the same way — with individual village centers where clusters of early settlers built their homes and farmed their land. As the populations grew, common needs made these tiny villages impractical, and they eventually incorporated into a single town. That’s why there are three Hopkintons, one named Contoocook.

Between 1798 and 1807, before the town lost its bid to become the official capital, the New Hampshire Legislature met in Hopkinton and legislators stayed in three local taverns. One remains, the former Stanley Tavern, the hip-roofed Georgian building next to the Hopkinton Village Store (still known locally as the Cracker Barrel Store, its name before changing ownership last year). Stanley Tavern, which served as a tavern until 1864, is now a private home and on the National Register of Historic Places.

Most of the other buildings that form two stately rows on either side of Main Street (Route 202) are also private residences, punctuated on the north side by the impressive William H. Long Memorial, the town hall and the stone St. Andrew’s Episcopal Church, with Gothic windows and a two-tiered white bell tower. Together with the 1789 First Congregational Church, where a Paul Revere bell hangs in the tower, these form one of New Hampshire’s most attractive traditional village centers.

The 1890 William H. Long Memorial, built of brick, granite and sandstone, is home to the Hopkinton Historical Society, and is also on the National Register of Historic Places. Open by appointment, the society maintains genealogical records, archives and artifacts relating to local history, and sponsors three exhibits each year and events such as the Annual Art Show & Sale. The society brings its mission to preserve history into the present, with its Pandemic Stories project, which asks local residents to record their pandemic experiences for future generations.

Another project is “ALL…ABOARD!” It’s a driving tour of railroad points of interest in Hopkinton. The tour can be viewed or downloaded from the society’s website or drivers can follow on Clio as they visit the sites. Railroads are an important part of the town’s history and are largely responsible for the development of Contoocook as Hopkinton’s commercial center.

One of the landmarks on the tour is the 1849 Contoocook Railroad Depot, one of the best preserved of the few remaining gable-roofed railroad stations from the state’s first years of railroads. When the depot was built, the Contoocook Valley Railroad line (later part of the Boston & Maine) connected the village to Concord, where it met main rail lines. Restored to its 1910 appearance, the depot is now a museum, relating how it became the village’s communications center, housing at various times the post and telegraph offices and a telephone exchange, as well as the railroad offices and waiting room. Displays include original artifacts donated by locals, including the sign, luggage cart and a wooden Pullman Passenger Coach that sits behind the depot. 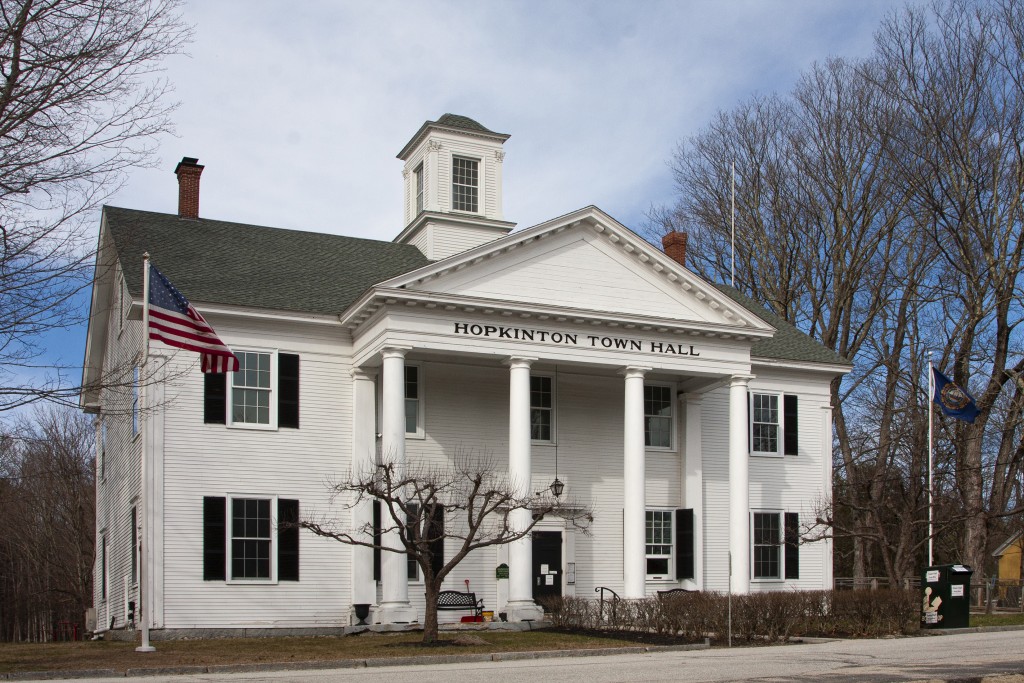 Looming large behind the depot, the 1889 Hopkinton Railroad Covered Bridge is the nation’s oldest remaining covered railroad bridge, which was in regular use until 1960. It survived a flood in 1936, the hurricane in 1938, and was twice pushed off its foundation by floods.

The extension of the railroad to Hopkinton in 1849 and later to points west not only increased the ability to get farm and manufactured goods to markets beyond the local community, but solidified Contoocook as the town’s commercial center. By the 1880s, there were several shops (including a hat shop and hardware store), a department store and mills for lumber, grain and machine manufacturing.

Contoocook remains the commercial center today, its active downtown still adjacent to the rail bridge. Two restaurants — Contoocook Covered Bridge Restaurant and The Everyday Café and Pub — face the bridge and Dimitri’s Pizza is just up the street. In an early mercantile block next to the bridge is Indigo Blues & Co., a jeans and women’s clothing boutique.

Union House Oddities, housed in the former Swedenborgian Church on Maple Street, sells antiques, furniture, art and jewelry; Magic Secret Garden combines teas and botanicals with cast stone garden ornaments. Der Markt at Marklin carries gifts, leather goods, Simon Pearce glassware, fine soaps and fair-trade products. These are only a few of the places that attract browsers and shoppers to the village center. In the brick Bates Building, Two Villages Art Society is a recent addition to the community cultural scene, with exhibits featuring local artists of all ages, including schoolchildren.

What of the third village? West Hopkinton was the agricultural center, a village of scattered farms along the river. Its depot, which was the terminus of the original rail line and almost identical to the one in Contoocook, is long gone. It stood near the Rowell Covered Bridge, which crosses the river just below the dam. Nearby, Elm Brook Recreation Area overlooks the Hopkinton-Everett Reservoir, which submerged acres of the former farmland; its beach provides access to fishing, kayaking and canoeing.

Not all the farms were in West Hopkinton; the entire town was settled by farmers, and some of those original farms still thrive. Joseph Gould, a town incorporator, settled here in 1735 and founded Gould Hill Farm, which has been farmed continuously ever since. Today it is popular for pick-your-own apples and for the pies, cider doughnuts and apple cider sold in its 1810 post-and-beam barn. The most recent addition is Contoocook Cider Company, with ciders made from apples grown and fermented on the property.

At Beech Hill Farm, kids love the horse-drawn wagon rides to the pumpkin fields and visiting the baby animals before choosing their toppings at the make-your-own-sundae bar. There’s a museum of old farm tools and a garden center filled with plants.

We are further reminded that agriculture is still alive and well here by the opening of the Hopkinton State Fair each Labor Day weekend, with its displays of farm products and rural living skills — including the hotly contested giant pumpkin weigh-off.