When coronavirus-related restrictions took hold late last winter, stages across the Granite State went dark. Musicians unplugged, loaded-out and went home. Some began streaming performances online. Others slid the guitar case under the bed. Against all odds, some released new music. Here are a handful of New Hampshire artists who have new music perfect for gift-giving this holiday season. 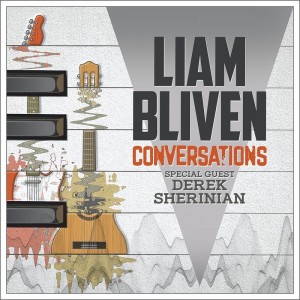 When Liam Bliven rolled back into Kingston after living away for a time, it felt welcoming and natural — a sense he communicates in his uplifting, shifting “Coming Home,” a proggy instrumental ode to returning to the Granite State.

“It came to me right when I was moving back from Florida,” the soft-spoken multi-instrumentalist says. “It’s a pretty straightforward song as far as the music goes. It’s in a major key, so it’s happier sounding than what I normally write. It felt like coming home.”

Bliven, a constantly shifting, slippery, challenging guitarist, gives the track a Joe Satriani/Eric Johnson vibe, playing all the instruments and recording it in his home studio.

Playing every part (guitar, drums, bass, assorted soundscapes) is a theme not uncommon in his music — aside from when he collaborates with world-renowned musicians. On “Conversations,” he brought in keyboardist Derek Sherinian of Kiss, Alice Cooper, Dream Theater and Sons of Apollo fame.

When Bliven goes, he goes big.

“That one’s all me except for Derek, who is a ridiculous keyboard player,” he says. “Which probably explains the number of plays I’m getting on the streaming services. He kills it.”

On “Conversations,” another mind-bending instrumental, Bliven goes on a breakneck tour from Latin rhythms (with a tasty nylon string lead) to stop-and-start melodies that trip between major and minor keys, to slashing through some harmonic minor modes that Bliven has an admitted affection for.

“Yeah, that one might be more of a musician’s track,” he says.

Pick a single: “Definitely ‘Conversations.’ I think the production is better, but I think playing-wise it showcases a little more versatility with the Latin solo and then the heavier rock solo. It covers more ground.”

Buy it: iTunes and amazon.com 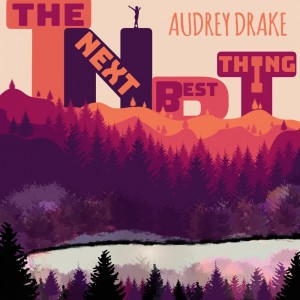 Audrey Drake was halfway between New Hampshire and Nashville when inspiration struck.

Drake, a singer-songwriter from Holderness, was on an extended tour, during which she hoped to write a handful of songs. That’s when “The Next Best Thing” popped into her head.

That one song, which eventually became the title track on her new CD, “The Next Best Thing,” was enough, apparently. A collection of songs featuring Drake’s shimmering, soulful vocals and lush harmonies, the CD — Drake’s second — is a powerhouse lineup from a songwriter confidently flexing her creative muscles.

Drake began recording the album in 2015 at The Recording Coop in Gilford, which was relocated and evolved into A Day in This Life, in Portland, Maine.

She brought a few friends along, including renowned Canadian multi-instrumentalist J.P. Cormier (who has played with Willie Nelson and Johnny Cash), Nashville mandolin player and guitarist Charlie Chamberlain, and New Hampshire bandmates Dan Glynn and Jarrod Taylor, among others.

“It was pretty cool because I went into the studio thinking it would just be my band, just four people,” Drake says. “But it turned out that we ended up working with some great musicians because there were so many people coming in and out of that studio.”

Pick a single: “Listen to ‘LA.’ It has a feel that gets people going. I feel like the energy of it makes people feel good. It has great energy and the message is powerful — follow your dreams and don’t give up.”

Buy it: It’s available on amazon.com and iTunes. 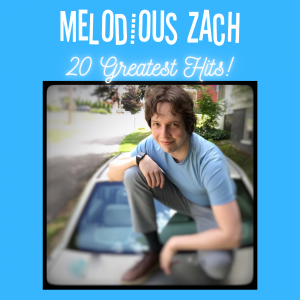 When he was growing up in New Hampshire’s Lakes Region, Zach Benton never really knew, or cared, what was conventional. And that’s what makes this musician/author/entertainer/sci-fi storyteller so unique.

“I’ve never been into trends,” says Benton, who is more commonly known by fans as Melodious Zach. “Especially musical trends. I like to do what I like to do.”

The album includes an arrangement of the classic “Hello, Ma Baby!” but is mostly original compositions, including the instant ear-worm and (forgive the term) hummable, “Hum It,” which garnered the multi-instrumentalist a legion of new fans when it was featured on WMUR this past summer.

“I had a TV show for four years — music videos, comedy sketches — that ran on public access stations and even in Australia,” he says. “But the amount of feedback I got when that three-minute clip ran was more than I’ve ever gotten in four years in syndication.”

It’s easy to see why. The song, and the video, mainline Zach’s oddball, endearing characteristics, and deliver them with an irresistible hook.

“Every song on it was recorded in New Hampshire,” he says. “Some in my apartment, some in Loud Sun Studio, which is run by Ben Rogers.”

Melodious Zach plays 95% of the music on the album, collaborating with friend Dave Allen — his co-star on the “O! Melodious Show” video project — who wrote a string quartet piece for “Truer Love.” Drop in some synth and a healthy dose of his quirky creative sensibility, and “20 Greatest Hits” provides a taste of what the unusual world of Melodious Zach is about.

Pick a single: “By default, I’d say ‘Hum it.’ That path has been set for me. Apart from the obvious choice, I’d probably say ‘Give it a Shot.’ It’s a very strong song.”

Buy it: Order the “Melodious Zach: 20 Greatest Hits” CD on amazon.com. The album comes with an extensive set of liner notes, written and designed by Melodious Zach himself. 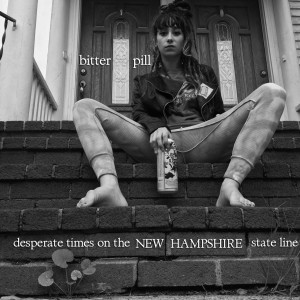 Had enough “Silent Night” this time of year? Bitter Pill may have the antidote.

Recorded at The Noise Floor in Dover, Bitter Pill’s “Desperate Times on the New Hampshire State Line” is a collection of smart, dramatic, visual, evocative compositions that cross genres and casts shades of Tom Waits and Shane MacGowan throughout.

Evocative of what? Loneliness, addiction, cons, poverty and desperation. But don’t think it’s an overwrought confessional. Billy Butler (vocals, cello and piano) and his daughter Emily (ukulele and vocals) bring a wink, a nod and a giggle to the heavy themes.

“It’s satire,” Billy Butler says. “Satire works because it’s rooted in deep truth. If we can laugh at the awful things, maybe they’re not so awful. Maybe it makes the pangs of awfulness a little duller.”

The Butlers are joined by fellow Pillers Jon McCormack, Michael McKay, Tomer Oz and Dave Hamilton on this tour of the band’s completely unique view on life as it is right now. Tracks were completed in February of last year, and on the second day of mixing in March, the world shut down.

“As they say, art reflects life,” Butler says, though the songs were written before the pandemic. Even the title of the record was dreamt up a year earlier. “It’s not like we didn’t see anything coming. We saw what was happening.”

“Desperate Times on the New Hampshire State Line” is the band’s second album, following up “Prepare Your Throats” — the soundtrack to Butler’s staging of Shakespeare’s “Titus Andronicus.”

“Lyrically, the new record is more about contemporary times,” Butler says. “It’s a real mixture of genres. We like to play and write things that inspire us: rhythm and bluegrass, there’s a little rock, a little bluegrass, a little rockabilly, a little country — everything we love. We never say, ‘This record needs to sound like this.’ We play what we love.”

Pick a single: “I would pick ‘Alone.’ Emily is amazing on that. Being on stage and watching her sing it is incredible. That song and her singing that song definitely tells the story of who we are.”

Buy it: Order it at bitterpill.band-camp.com. It’s also available on all streaming services. “Streaming is killing it,” Butler says. “But that said, stream it. It gets us out there.”

For the Record: Show & Tell