Even our state motto is feeling the strain 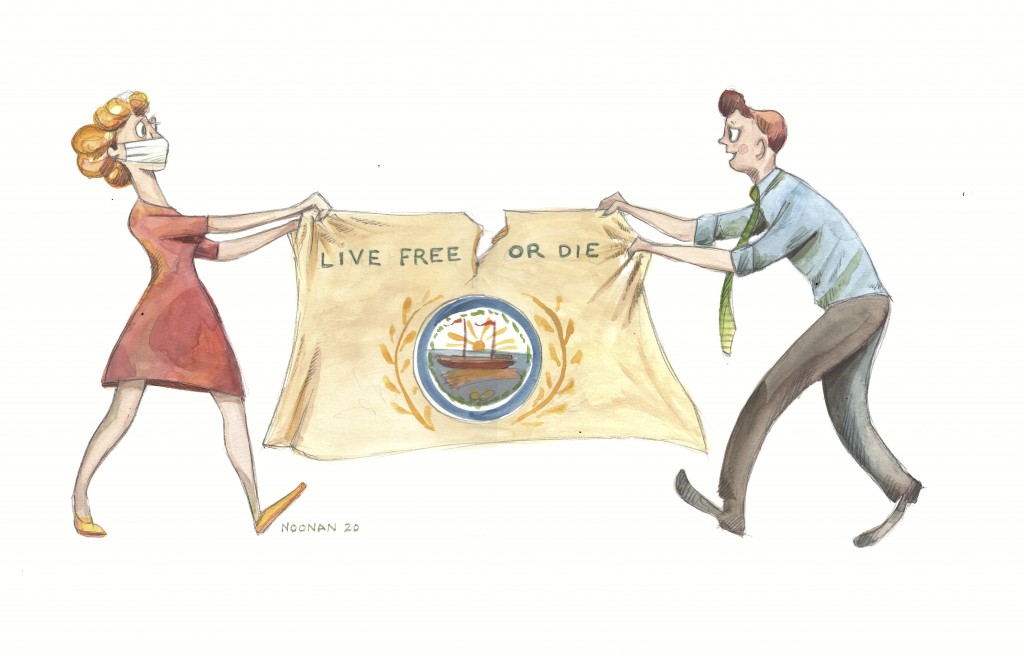 Perhaps no other state has a motto that is so often quoted and so woven into the ethos of everyday life as New Hampshire’s “Live Free or Die.” And perhaps at no other time in the state’s history has that motto been challenged more than this year.

Live Free or Die officially became the state’s motto 75 years ago. It shouldn’t be forgotten that motto isn’t actually a statement, but rather it’s a question.

Living free, after all, has defined public life in the state. It’s why the state routinely choses the perceived “living free” path with no seatbelt law, strong gun rights, and in being the only state to have neither an income tax nor sales tax. When think tanks chart different factors to see which state is the most libertarian, New Hampshire is always near the top.

But, in the spring of 2020 at least, more residents appeared to focus on the second part of the question: the “or die” part. Amid the global coronavirus outbreak, residents not only heeded the call of scientists and medical professionals to stay at home and stay socially distant, they also overwhelmingly approved of politicians who ordered the actions.

The decision by Republican governor Chris Sununu’s to issue executive orders requesting the closures of everyday life did eventually meet some resistance. In fact, there was even a group of libertarian-minded Republicans who organized protests on the Statehouse lawn calling for the state to reopen. They said they wanted to live free. But if the polling is correct, the majority of the Granite State didn’t agree with them.

Some 89% of state residents approved of Sununu’s handling of the coronavirus outbreak in April, according to a poll by the University of New Hampshire Survey Center. By contrast, only 7% disapproved. This was a month after the orders began. Simply put, these are the highest poll numbers any veteran of New Hampshire politics can recall. Getting 9 out of 10 New Hampshire residents to agree on anything is nearly impossible.

But beyond just supporting a politician’s decision, residents of the state quietly made their own decisions to choose not to die, and adhered to government suggestions that curtailed their freedom in order to stay healthy.
The results of the collective action speak for themselves. As of this writing, New Hampshire was among the least-impacted states by COVID-19. This, despite most of the population being within commuting distance of Boston, which was among global hotspots for the outbreak.

As any New Hampshire fourth grader studying state history knows, when Gen. John Stark penned a letter of regret that he couldn’t attend a reunion of Battle of Bennington veterans, he didn’t just end it with the phrase “live free or die.” Right after that he added, “Death is not the greatest of evils.”

In 2020, the enemy is far less visible than the British detachment that Stark so bravely faced, but it sure felt like this was the year when most state residents added yet one last line to that letter. “Unless, of course, we are talking about the coronavirus.”