He squatted over 20 years, and sometimes made the news 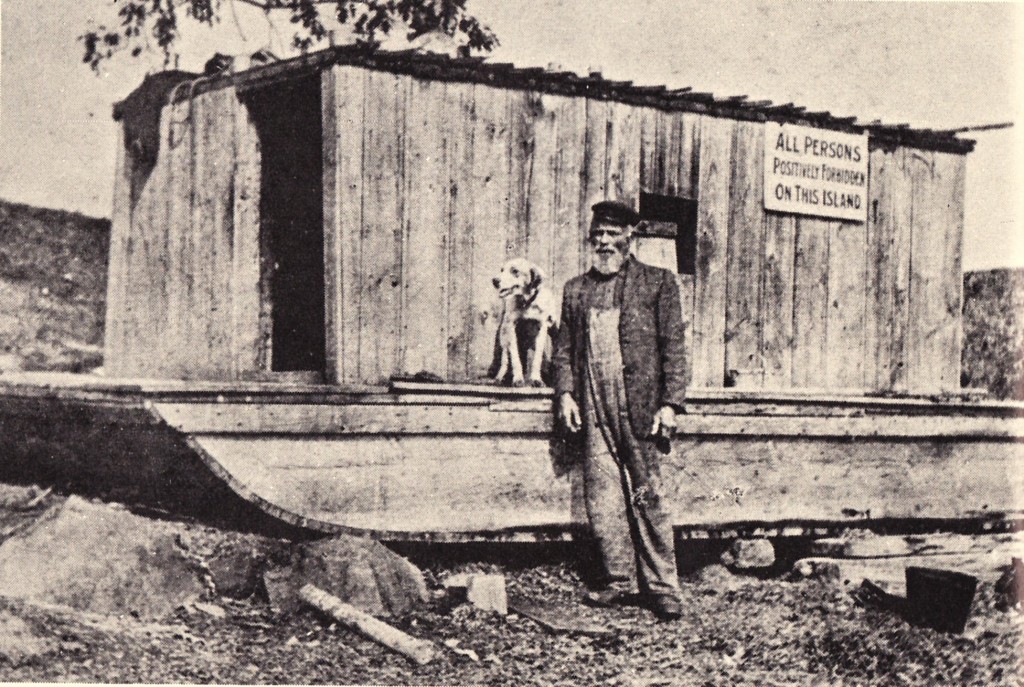 The tide is going out and the current is strong, so aim for the west end of the island, paddle hard, and you should land on that gravel bar about midway,” Kelle Loughlin says, pointing across the Piscataqua. “If you roll over, try to stay with your kayak, and I’ll try to pull you out.” I tell her I’d feel a lot better about her rescue plan if she hadn’t used the word “try” twice. “OK, Princess,” she taunts, and I shove my kayak into the current. I don’t want to wash up on the Isles of Shoals, so I aim for the end of the island and paddled hard.

We come ashore on the gravel bar at the waist of Goat Island located in the Great Bay National Estuarine Research Reserve, a state and federal partnership of the National Oceanic Atmospheric Association and the New Hampshire Fish and Game Department. Loughlin is a Fish and Game employee and director of the Great Bay Discovery Center. She has been kayaking out to the island since she was a teenager, and I am not the first tourist she has guided here. Goat Island is about four acres in size and is located on the Newington side of the river in the heart of Little Bay. Seven different rivers empty into the bay here and mix with the daily tides, making the currents around the island unpredictable and constantly changing.

Goat Island was once the site of an enormous timber bridge, constructed in the late 1700s between Newington and Durham. Currents were too swift downstream, and spans were too long upstream, but here the island could serve as a bridge pier partway across the river. The bridge investors also constructed a tavern on the island, which they advertised as “… a new commodious double house with a large convenient stable and well that affords an ample supply of water …” The bridge lasted until 1855 when an ice jam took it out. The tavern caught fire and burned to the ground, and neither was rebuilt.

Fifty years later, Goat Island became home to a hermit who squatted on the island from about 1903 to 1925. A colorful character and bit of an outlaw, James Murtaugh was born in Ireland in 1840. He got involved in an unsuccessful revolution against the British government, which resulted in a bounty on his head. When a “Wanted Dead or Alive” poster appeared in his village, he grew a beard as a disguise, took a job on a merchant ship, and sailed for America. In America, he changed his name to “Murdock,” either to throw pursuers off his scent, or to anglicize the Irish name Murtaugh.

Arriving in Boston, Murdock took jobs on schooner ships bringing supplies up to Exeter and Newmarket and returning with goods to Boston. He noticed Goat Island on these freighting runs and believed it to be unowned. For a while, Murdock left the shipping life and ran a saloon in Dover, where he met and married a woman. The couple had a daughter, but the marriage didn’t last, and Murdock’s wife left him, taking their daughter with her. Heartbroken, Murdock sold his saloon, built a houseboat, and sailed it onto Goat Island.  The houseboat was small, containing only a bunk, woodstove and cupboard. Murdock positioned it on the island near the well dug for the tavern 100 years earlier. 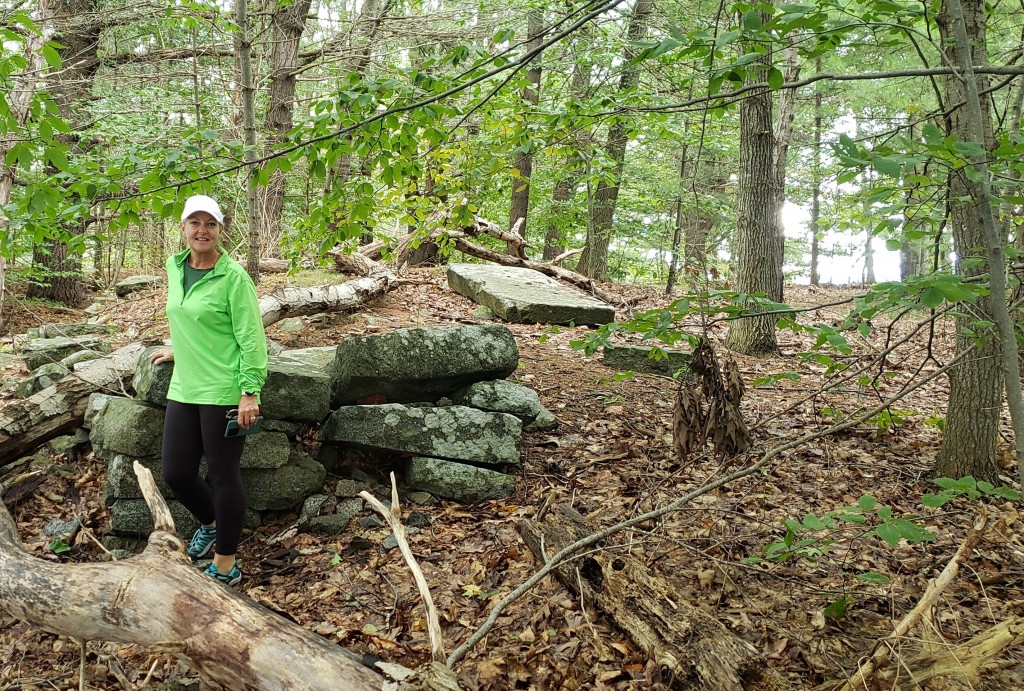 Murdock’s appearance was enough to discourage visitors. A large man with long, unkempt hair and beard, he wore ragged shirts, bib overalls, and was a stranger to soap and water. He carried a double-barreled shotgun and posted a sign, “ALL PERSONS POSITIVELY FORBIDDEN ON THIS ISLAND.” Although lacking legal title, he would yell at passing boats to keep away from “his” island, and anyone setting lobster traps near “his” island would find their traps missing upon return. Old newspaper clippings report individuals being run off by a gun-toting hermit, or a hole shot through their boat below the waterline.

The hermit kept a bird dog to retrieve the ducks and geese he shot for sustenance or sale, and he was reputed to be an excellent marksman. His bird dog was also reputed to be excellent at retrieving chickens ranging near to the riverbank.

The hermit was rumored to enjoy venison and would poach deer if the occasion presented itself. Neighboring potato fields were also subject to nocturnal poaching. While the taking of deer may not have been illegal in 1905, the taking of neighbors’ potatoes and chickens was.

Murdock generated a small cash crop in wool and mutton when he realized the island grew enough feed for a small flock of sheep and did not require fencing. He bought six sheep and grew his flock as large as the island’s forage would support. Occasionally, Murdock hired out as day labor on neighboring farms, but generally supported himself by trapping lobsters, smelt, eels and other fish, which he sold at markets downriver. The earned cash paid for his coffee, crackers, pipe tobacco and shotgun shells.

Annually, the hermit’s daughter, who had grown up and become a schoolteacher, would ship her father a crate containing a year’s supply of socks, long underwear, clothing, shoes and other necessities. A few friends also cared for him when he was sick or injured — these were mainly the neighboring farmers he worked for occasionally or sold lobsters to. These friends described Murdock as having a heavy Irish brogue and an unpleasant odor.

Failing health and old age eventually forced the hermit to leave Goat Island, and he died in 1925 at the age of 84. After his death, his daughter tried to assert ownership of the island, claiming squatter’s rights and 20 years occupation by her father. The courts, however, sided with the landowner who held the deed and paid the property taxes.

Loughlin and I explored the island and found the old bridge abutments, and the cellar holes and granite blocks where the tavern stood centuries ago. We searched for the tavern’s well, also used by Murdock, and we think we found it. Other than a few old photos, this well is the only tangible link to the hermit. Feeling successful, we board our kayaks and start for home. The tide had reversed and was coming in now, colliding with the river currents trying to go out. “Paddle harder, Princess, you’re not going anywhere,” Loughlin taunts. I aim for the boat launch and paddle hard, leaving the Goat Island legends behind me.