The Call of the Big Trees 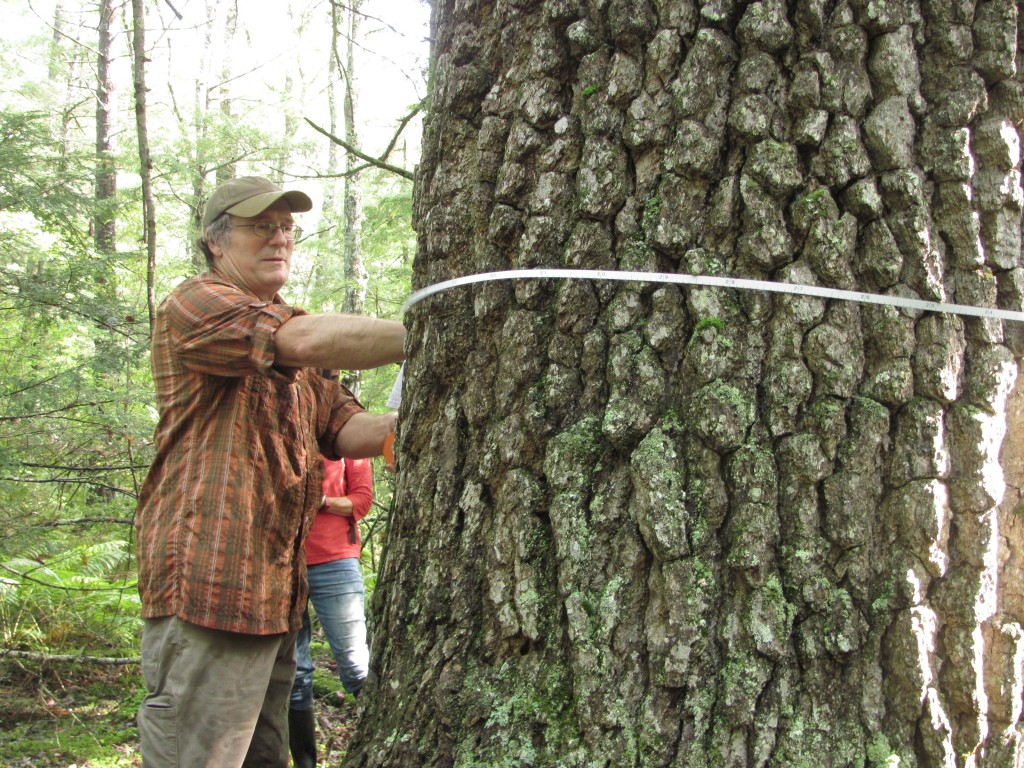 The massive black gum tree stretched high, piercing the blue belly of the sky with its wide crown. Gnarled and stiff horizontal branches spread, shading the dense virgin woodland below that was carpeted with thick verdant moss and a variety of flora. Feeling the crusty surface of the dark, ancient bark, thick with deep furrows that reached around the girth of its huge trunk, I thought how this stoic tree has stood on watch, silent and strong, witnessing the history of this New Hampshire forest.

According to literature from the New Hampshire Natural Heritage Inventory, the black gum, or black tupelo, is “apparently the longest-lived broadleaf deciduous tree in North America,” and this one looked hundreds of years old. Kevin Martin, Epping resident and New Hampshire Big Tree program county coordinator for Rockingham County, is well aware. He had previously measured two unusually large trees I found. Both were accepted by the Big Tree program as state champions. The first was a black oak I discovered off the beaten path at the Great Bay Discovery Center in Greenland, and the second was a tree I saw frequently on my hikes — a giant redwood in Epping.

As a master boat builder for over 40 years, Martin’s interest in working with wood guided him to forest walks where he appreciated the wonder of giant trees. Extremely busy handcrafting his boats, he still manages to work in the Big Tree program. Once, he regarded trees as prime sources of appropriate lumber for his boats but, after serving on the town conservation and the Lamprey River advisory committees, he started taking an interest in wildlife studies along the river. Seeing the large trees noted in the studies in their natural settings gave him incentive to work with the Big Tree program.

The program is national, working in each state to keep track of the largest trees. They are measured once a decade to keep their status as champions. In New Hampshire, each county has a team that measures any trees reported. They send certificates to the landowners and nominators of the trees, and they also report to the national group, American Forests.  Receiving two certificates for finding the New Hampshire state champion giant redwood and the Rockingham County champion black oak inspired me to be a part of the team. 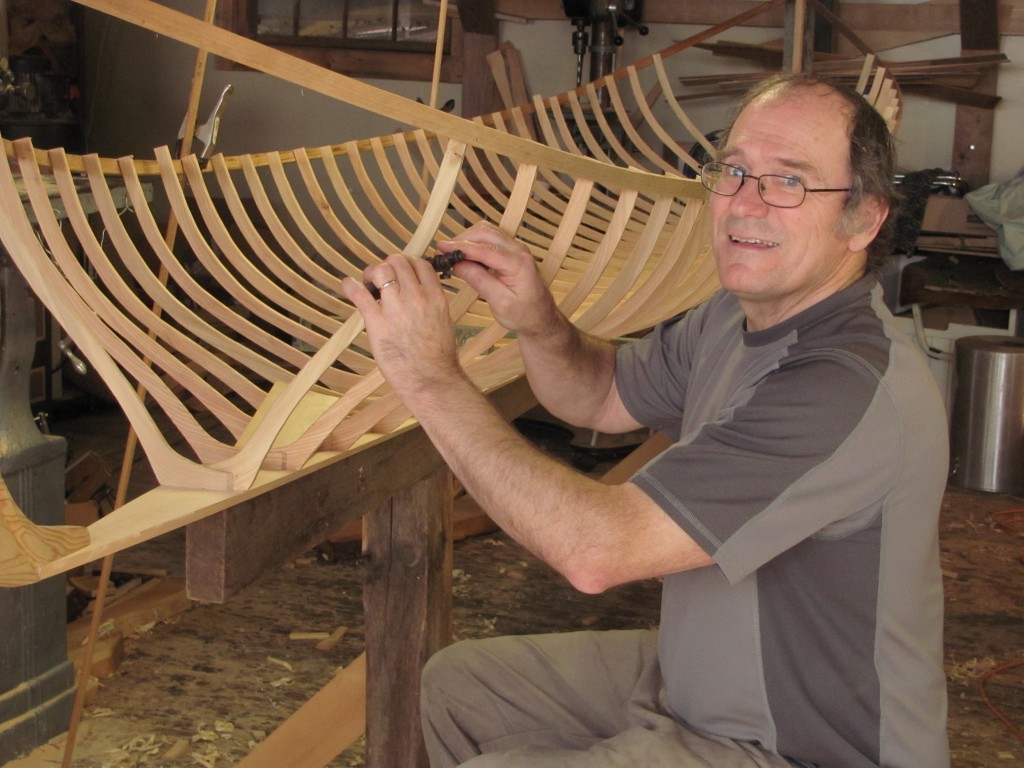 Settled in the woodland next to the Lamprey River, Kevin Martin builds his boats next to his country home in a long, rambling workshed filled with antique and contemporary watercraft. Since 1980, he has produced more than 100 new boats and canoes he sells to a variety of clients. Kevin can be reached at kevinmartin16@comcast.net or (603) 679-5153. Photo by Bonnie Meroth

Finding that venerable black gum in Epping was not easy.

“After a time, you learn how to spot the big trees and where to look for them. Edges of clearings and along property boundaries or stonewalls are a good place to start,” Martin says. “I look down low for large trunks. Crowns are harder to see in the summer. If you hear about a certain tree, sometimes you just have to wander.”

And wander is what we did.

The tree was not conveniently located next to the easily navigated hiking trail. We had to go off the beaten path, backtrack, circumvent broad, wet swampy areas, climb over rough terrain, and frequently check the cell phone GPS. After a fairly lengthy and arduous trek, we spotted it — the magnificent venerable black gum, a sight that elicited not only a feeling of reward but respect for this survivor. Once discovered, the tree needed to be measured to see if it maintained its status as previous state champ. Martin gave instructions.

“You need a 25-foot flexible tape measure to check the circumference of the trunk. Measure it about chest height, around 4 1/12 up from the ground. If the trunk is on sloped ground, measure from between the high and low spot and then around the trunk to obtain the CBH or circumference breast height.”

Next came the crown. Martin and a team member used a 100-foot tape to measure the top at its widest point by starting where the longest, highest branches winged out. Then he took another measurement at a right angle to the first one. He did several of these to get an ACS, or average crown spread, a challenge due to the dense forest and surrounding trees.

The height was checked with a laser rangefinder. Martin looked through the calibrated instrument that gave a reading of the height from eye level to the highest point of the tree, and then added the height from his eye level down to the ground level to get the VH, or vertical height. He noted the GPS reading and the condition of the tree, then took photos to prove it was not a multitrunk.

The black gum was scored with a point system by adding the circumference in inches to the height in feet, and then adding one-quarter of the average crown spread in feet. The measurements showed it had retained its state champ status with a height of 83.5 feet, circumference of 137.4 inches and crown spread of 59.2 feet.

In his sold-out “Big Trees of New Hampshire” book (“Big Trees of Northern New England” is due out in the spring), Martin points out short hikes to the biggest trees in the state from the Seacoast Region to the North Country. He notes the degree of difficulty in the hike to find each tree as well as explicit directions. Not all trees are as much of a challenge as this black gum, but a forest adventure seems to make it more rewarding.

“We all seem attracted to large trees, especially when they are deep in the forest,” Martin says. “It feels like a different world when we are under the tree and looking out from the space that is carved out by its limbs.”

Martin is an author and an avid outdoorsman, but his main focus is being a master boat builder who happened to be in the middle of crafting an Adirondack Guideboat when this champion black gum called to him.

And, as usual, he answered.