The Black Experience in the Spotlight 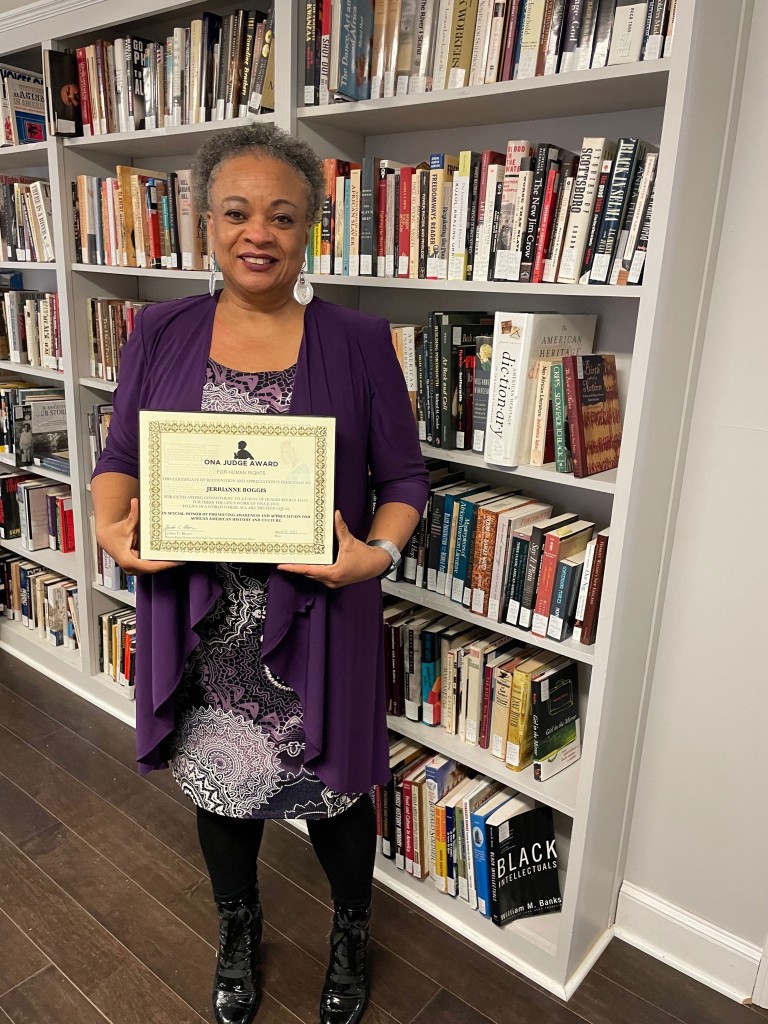 JerriAnne Boggis wants to complicate the rest of the country’s narrative about New Hampshire. Specifically, one persistent misconception she hears over and over again: “They don’t have any Black people there.”

“Well, no, we have a long history,” she says. “ We may have small numbers of Black people, but we all face the same issues from New Hampshire, across the country, as any Black group does.”

As the executive director of the Black Heritage Trail of New Hampshire, Boggis devotes her life to the task of making visible the often-overlooked stories of its Black residents through the centuries. But now, she’s excited to have the chance to bring those stories into an even bigger spotlight as one of the inaugural recipients of the Ona Judge Award for Human Rights, awarded by the Human Rights Society at Penn State University. The new award is meant to recognize those who “champion the cause of human rights in their personal and professional lives and to represent communities that are often the target of human-rights abuses.”

News of the honor came as a surprise, but an especially welcome one since Boggis has spent lots of time educating the public about its namesake, who has a deep connection to New Hampshire. Ona Judge was enslaved by George Washington and his family, but she escaped — eventually finding freedom in Portsmouth.

But, as noted by Penn State, Judge’s grasp on freedom remained tenuous throughout the rest of her life: “When she died in New Hampshire on Feb. 25, 1848, at the age of 75, [Judge] was still legally the property of George Washington’s step-grandchild.”

Boggis is thrilled to see Judge’s story getting more of the attention it deserves.

“Ona’s story complicates the narrative that we know about American history,” she says. “Here is somebody who defied — with not much power at all, actually actually no power — the highest power in the land.”

That narrative becomes even more complicated when you consider that the same president who claimed to support the abolition of slavery also went to such great lengths to chase down Judge after she fled his estate.

Boggis says she’s also excited to have a chance to share Judge’s story with more people because it helps to tell a more nuanced story about Black history in New Hampshire.

“That she would come to Portsmouth and disappear in the Portsmouth community tells us that there was a Black community that she could disappear in,” she says. “So often, New Hampshire talks about just being a white state with no Black history. So that changes that narrative — you know, who supported her when she came?”

From here, Boggis is hoping to use the momentum from this award — and one other forthcoming honor she couldn’t quite disclose as of press time — to draw more attention to the Black Heritage Trail’s mission of using history to help inform present-day conversations about race in New Hampshire and beyond.

“We learn from history, but history helps us to perform today, when we talk about it,” Boggis says. “And in performing today, it helps us create the future that we want.”