In the quiet New Hampshire town of Hancock, there lives a woman who has been described as “part Emily Dickinson, part Indiana Jones.” For sure, Sy Montgomery’s adventures could fill a book, and they have, many of them. Her latest contains a message for the times. 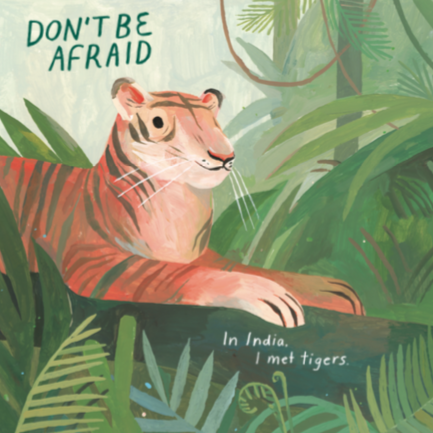 With beautiful, whimsical illustrations by Rebecca Green, Sy Montgomery’s “Becoming a Good Creature” is both a joy to read and to look at.

Question: Why was Sy Montgomery suspended by a rope high above an Amazon River tributary that was teeming with piranhas?

The answer: She was looking for a pink dolphin.

To say the least, Montgomery has not lived your average life. From her home base in Hancock, the naturalist and adventurer has traveled the world in a quest for understanding the planet’s animals and what they can teach us. “School is not the only place to find a teacher,” she says.

That quest has taken her through Africa, India, Peru, Mongolia, New Guinea and more. In her travels, she has been hunted by a swimming tiger, embraced by an octopus, undressed by an orangutan, chased by an angry gorilla and pursued by pirates. She survived being bitten by a vampire bat, contracting dengue fever, handling a wild tarantula, and nearly getting kidnapped twice in two different countries. And then there was the time she worked in a pit crawling with 18,000 snakes.

In northern Thailand, a tribal shaman once foretold her future by looking at the pattern of blue veins on her wrists. He said that her wrists “were the luckiest wrists he had ever seen.” Indeed.

If all this seems like great grist for a book, it is. She has written 30 of them for both adults and children. Make that 31. This past fall, “Becoming a Good Creature” was released. It’s an adaptation of her New York Times bestselling 2018 memoir “How to Be a Good Creature” and written for all animal lovers, especially children age 4-7. Beautifully illustrated by Rebecca Green, it traces her incredible journeys on six of the seven continents and imparts the lessons she learned along the way.

“Find Common Ground” is one of the lessons taught to her by Octavia, the octopus. “Octavia had eight arms, three hearts, no bones,” it reads. “She lived in the water, I live on land. What could we possibly have in common? We both liked to play!”

From an interaction with a white-coated weasel, she learned forgiveness. From her quest to see an emu-like cassowary in Australia, to wait patiently. Facing a charging gorilla in Africa, respect others. Harder to learn, don’t be afraid when encountering tigers and lions.

In the book, Montgomery writes: “To all the creatures who have been my teachers, wild and tame, named and unnamed, animal and human: Thank you for showing me a world more surprising, more alive, and far more glorious than I could have ever imagined.”

That glorious world of animals first stirred her interest when she was a little girl and had a pet lizard, turtles, fish and a green parakeet. But it became a fascination when Molly, a Scottish terrier puppy, came into her life.

Montgomery says she soon found Molly had special powers. She could see in the dark. She could smell and hear things people could not. “I wanted to be like her,” she says. “I imagined what it would be like if I could live somewhere in the woods with her and learn dog secrets.”

Her experience with Molly would open the door to the secrets of others in the animal kingdom. Lizards could re-grow their tails, she discovered. Crickets could sing by fiddling their legs against their wings. Lightning bugs could glow in the dark.

But she would go on to discover secrets even more amazing. After college and a stint in the work world, she went to Australia, eventually moving into a tent in the outback. There, she studied emus, the ancient, ostrich-like birds that she says have “legs on which they can run at 40 miles per hour” that are “strong enough to sever fencing wire with a single kick.” 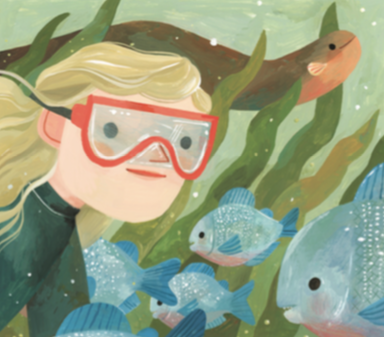 She studied them in the same way that Jane Goodall had studied the chimpanzees, observing from afar and recording what they did all day. And then, as they got used to her, gradually moving closer and closer. Montgomery found that emus were smart, and even had a sense of humor. She tells of a time when three emus teased a dog on a chain, coming to just where they knew the dog couldn’t reach. They “then leapt in the air, kicking their legs, flinging their necks — and the dog went wild. Then they ran off to a safe distance, flopped onto the ground, and preened themselves — apparently well-satisfied with the success of their prank.”

Though Montgomery says there were no major scientific breakthroughs to report on her emu study, the tall-as-a-man creatures gave her the gift of allowing her into their lives. She says, “Most people know animals in only one of a very few ways: we take animals into our homes as pets. We take them into our bodies as food. Most people never get to really know wild animals on the animals’ terms.”

You can trace her journeys from the outback onward with the celebrated books she has written and recorded, several of them translated into other languages. The “Soul of an Octopus” is one that’s gotten a lot of attention. In the book, a finalist for the National Book Awards in 2015 and another New York Times bestseller, Montgomery shows that octopuses are not alien sea monsters, but intelligent, sensitive, even playful creatures.

And at home in Hancock, where she lives in a 150-year-old farmhouse with her husband Howard Mansfield, also a celebrated writer, inspiration for another beloved book came from a pig named Christopher Hogwood, who lived on their farm. “The Good Good Pig,” an international bestseller, tells the tale of smart, soulful pig who becomes a village celebrity, then gains national fame. Montgomery calls him a “great Buddha master” who has taught her and others many life lessons.

What new adventures — with books to follow — might there be, at home in Hancock or in the wider world for a woman The Boston Globe calls “part Emily Dickson, part Indiana Jones”? Think turtles.