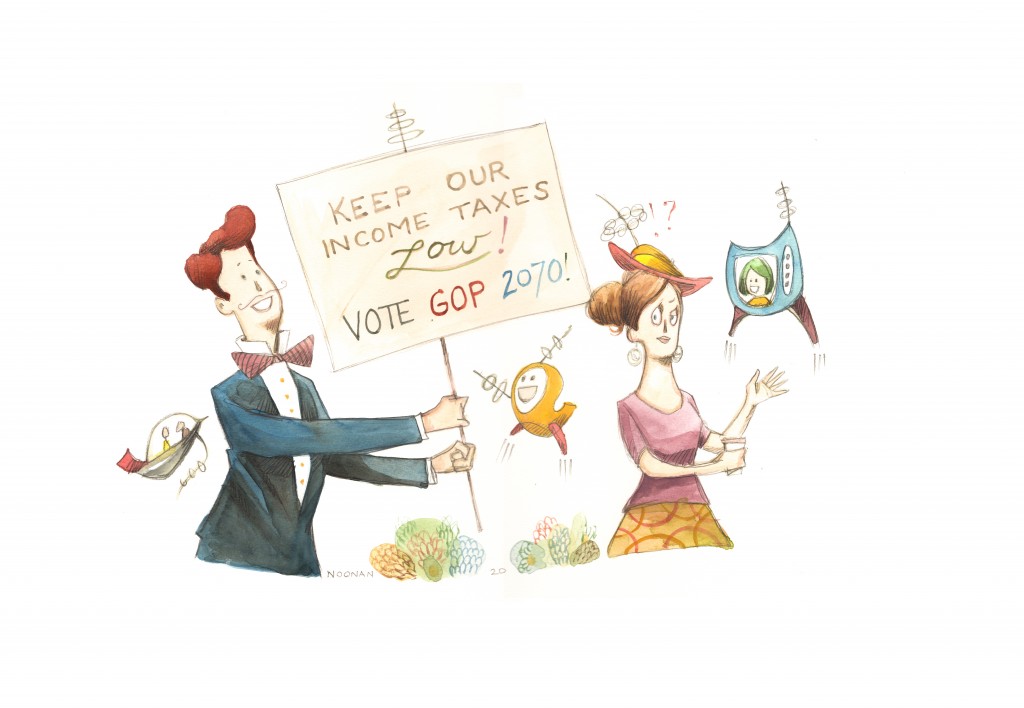 At the moment, the state and the nation are deeply consumed with the 2020 elections — and rightly so. However, a look into New Hampshire’s political future, if projections are accurate, is head-spinning.

For example, in 2070 it is logical to conclude New Hampshire will have a statewide income tax or sales tax (or both), while at the same time being a rock-ribbed Republican state.

Such predictions are based on assumptions from exhaustive research conducted by the Pulitzer Prize-winning nonprofit journalism outlet Pro-Publica and The New York Times. They combined climate and insurance data with modeling of peoples’ movements in nations where climate change has already caused migrations, and concluded the United States is about to undergo the largest internal migration in North American history. For all the wildfires, hurricanes and flooding the nation has experienced lately, the story of the next half-century will be an America that’s growing hotter and drier. Living south of South Carolina and west of the Mississippi may someday be largely out of the comfortable range for humans.

In this formulation, New Hampshire is positioned to become much more popular and wealthy.

Some American cities would not survive a rise in sea level and other climate changes. New York and Boston will likely invest in climate mitigation efforts because they can afford it, and can’t afford not to — and preserving Boston would be very good news for New Hampshire. In other nations, climate migration has meant a move to cities, where people can find resources to live. At the same time, this will mean more resources need to be provided in both cities and suburbs, straining the tax base.

Consider Windham, which already experienced huge growth in the last two decades. A crush of new people moving to the town due to its proximity to Boston means that real estate values will go up, and more taxes will be needed to fund infrastructure upgrades and schooling. This puts the squeeze on older residents who are cash-poor with property-rich homes, and who are now seeing the largest property bills of their lives. The thing about this group: They vote, and may demand a change in their taxes.

But Windham has it a lot better than Manchester and Nashua, the state’s largest cities, which could simply be overwhelmed. For a decade or so, as these cities swell in population, redistricting could skew to help Democrats gain seats in urban cores that cannot fund essential services adequately from property taxes.

The scenario is ripe for a broad-based tax, especially if Democrats are in charge. Whether it took the form of an income tax or sales tax (or both), there could be a generations-long reaction: Republican control from a conservative rally against the Democrat-instituted broad-based tax. Demographers note that Americans are increasingly moving to areas that are politically aligned with them, and on the East Coast, there are only a few places like New Hampshire, where Republicans and Libertarians can find like-minded neighbors (and, most likely, no seat belt or helmet laws even by 2070).

Some will argue there is no way New Hampshire could ever have an income tax, or note how the state is actually becoming more Democratic — not Republican. But those trends are nothing compared to what might happen in a changed climate where, after a brief mud season, New Hampshire had an actual spring.