“I THINK SOME DAY YOU MAY HAVE FLOWN TOO HIGH,
SO THAT IMMORTALS SAW YOU AND WERE GLAD,
WATCHING THE BEAUTY OF YOUR SPIRITS FLAME,
UNTIL THEY LOVED AND CALLED YOU, AND YOU CAME.”
— Anonymous 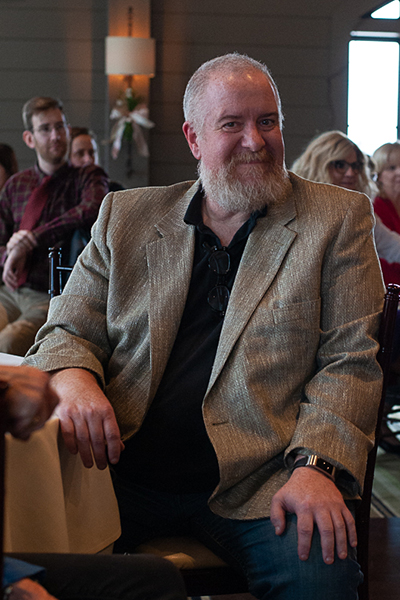 The verse above is the last half of a poem chiseled on the headstone of Hobart “Hobey” Baker’s grave, the final resting place of St. Paul’s hockey star who died too young in 1918. Bill Burke would laugh, maybe even blush, at my drawing comparisons between the legendary Baker and this son of Salisbury, Massachusetts. I hope he would be honored.

The poem is appropriate, because Bill embodied “the beauty of your spirits,” and he loved nothing more than a good hockey game. Except for maybe his incredibly talented wife Amy. Or his incredibly talented daughter Katie. Or Disney World, and his countless “Mousejunkies” fans. Or his friends and family members. Or a solid bass line, or a chortle-inducing joke, or another viewing of “The Assassination of Jesse James by the Coward Robert Ford” while sharing a quality bourbon, or a really well-written story, or … well, you get the picture.

Bill’s big, buoyant heart held so much joy that it’s difficult to comprehend how it could have failed him. Like so many of his friends, I was stunned by the news. Like them, I was at a loss for words (an admission no writer likes to make). Like them, my heart ached for his wife and daughter. Like them, I was filled with regret, thinking of all the plans we had, from rubbing elbows with the rich and famous at the Myopia Hunt & Polo Club to catching the NCAA hockey tournament next time it came to Manchester. So many good intentions. Gone.

Bill’s gift — what made him truly special — was that he was utterly selfless. He always made you feel special, while never suggesting that he was anything special himself. Make no mistake, he had an ego (seriously, what rock ‘n’ roller doesn’t have an ego), and he was confident in his own abilities. But he had a genuine modesty that immediately put you at ease, and a steel-trap memory that made you believe that everything you said was unforgettable.

I’m not alone in this opinion. Bill’s Facebook page features dozens who feel the same. If you’re fortunate enough to have “friended” Bill, take a look — the sheer level of emotion, the sheer love for the man, is overwhelming. And deservedly so.

I first met Bill though his wife, a hockey goalie who I was coaching at a clinic. “You’re a writer? My husband’s a writer. And a total hockey nut,” said Amy. “You guys have to get together.” I’m forever grateful for that introduction. Bill was one of my editors. But far more importantly, he was my friend. 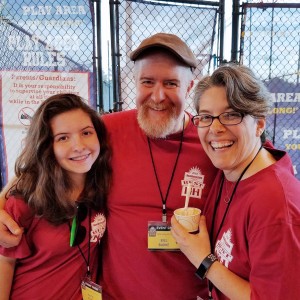 Despite sharing many interests — hockey, strong women, strong drinks, daughters, greasy spoons and great Westerns — Bill and I weren’t mirror images. As a cantankerous Irishman, I admired Bill’s gentle, accepting soul. My cycling addiction puzzled and intrigued him. I kept trying to convince Bill to get a bike. Each time, he politely declined. Always politely. Never having been to Disney World, and having absolutely no interest in going, I was baffled by Bill’s obsession with all things Walt-related. It became a running gag between us. We both loved music, though our tastes differed dramatically. He played bass, which I admired tremendously.

When I told him I was taking up the bass as a “mid-life project,” he inundated me with emails containing links to “learn to play” sites and beginner basses I might consider buying. Because that was Bill. It was all about inclusion.

I pray that, if there’s a God, he’ll explain to me someday why he took Bill well before his time. I pray that Amy and Katie will take some consolation in knowing that this special man was so cherished by so many (the Facebook posts will dwindle, but the memories won’t). We are all richer for having known Bill, and infinitely poorer for his premature departure.

Rest in peace, dear friend. Please save me a seat next to Hobey when we next get together. And bring your bass. I’ll be practicing. I promise. Sláinte!

Thanks to Bill’s introduction, freelance writer Brion O’Connor is now a frequent contributor to both this magazine and its sister publication New Hampshire Home.