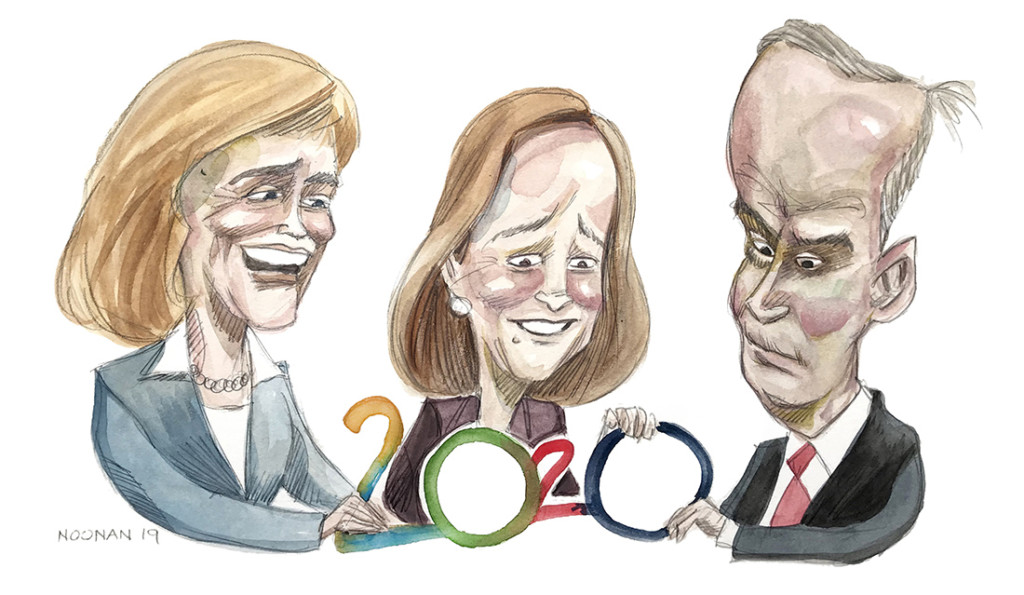 It’s clear that the year 2020 could define the nation for decades, if not longer. The presidential race will likely be the most expressive and potentially hardest-fought, and will take place when America is more divided than at any other time in living history. That’s before even bringing up impeachment.

1. What will Corey Lewandowski do?

Lewandowski, the Windham resident and campaign manager for Donald Trump’s 2016 presidential run, seems to be quite serious about jumping into the US Senate contest to challenge Democratic incumbent Jeanne Shaheen.

His decision about whether to run will have an impact in two ways beyond just who will represent the Granite State in the Senate.

First, his decision could easily help define the state Republican Party going forward. Yes, in 2019, the state party already fully went into the fold as being a Trump party. Heck, the state Republican chair was one of Trump’s New Hampshire co-chairs. A Lewandowski Senate run would tie the presidential race as the most high-profile contest in the state, and could have a huge impact down the ballot for Republicans. It could also blunt efforts of any other GOP-ers already running for Senate, minimizing their chances of emerging as rising stars.

Second, if he doesn’t run, most believe that Sen. Shaheen will essentially cruise to a third term. Not only will that allow her to hoard money and scare off opponents for her next reelection (should she seek one), she may also not invest as much in grassroots organizing since national money could be better spent in closer contests.

That might have an impact above her on the ballot as it relates to the Democratic presidential nominee in the swing state.

2. What will Joyce Craig do?

Like Lewandowski, Craig, a Democrat, who was just reelected Manchester mayor, could single-handedly decide whether a major race will be competitive in the state. In this case, watch for a push to get Craig in the race for governor to take on popular Republican incumbent Chris Sununu. While there are already two Democrats in the race — State Senate Majority Leader Dan Feltes and Executive Councilor Andru Volinsky — Democrats of late like nominating women for major offices.

3. What exactly will happen with the new state law involving college students and voting?

A new state law, which could potentially be in effect for the February presidential primary, would essentially force college students and other new or transient residents who wish to vote here to register their cars in the state and get drivers’ licenses. As of this issue’s deadline, the law is still hung up in the courts, with Democrats and the ACLU arguing that it’s essentially a poll tax. Republicans, who passed the law, argue that it shouldn’t be too high of a bar for voting to make those domiciled here become actual residents.

There is a lot of confusion over how to implement the law, but it could have a lot of impact in college towns like Durham and Hanover. Yes, they are smaller towns, but consider that the US Senate race between Republican Kelly Ayotte and Democrat Maggie Hassan was only decided by a thousand or so votes.