Granite makes a good base for political realignment. 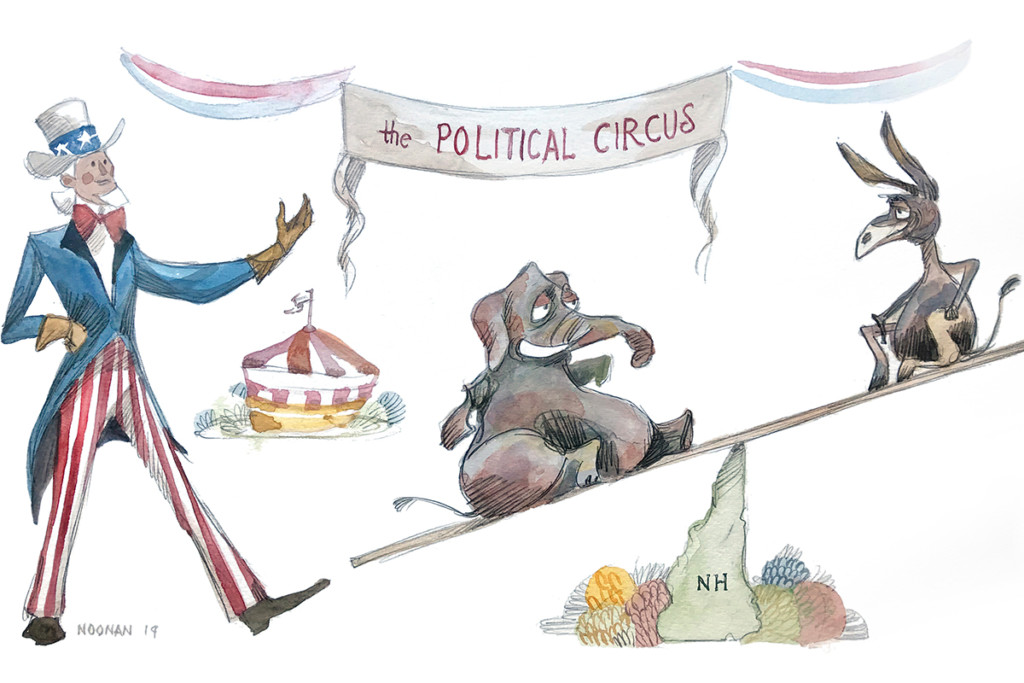 Roughly every 40 years America’s political parties undergo some realignment — from the development of the Whigs and the creation on the Republican Party in the 1800s to last century when the Republican and Democratic parties largely flipped their geographic bases in the North and the South. It’s almost like clockwork.

America is now in the middle of another major political party realignment, and New Hampshire is playing a key part.

These are strange political times. A reality television star is in the White House; he is also the first person to hold the office without any prior elected or military experience. For much of Donald Trump’s presidency, the most popular active politician in the country, according to polls, has been Bernie Sanders, a self-described socialist.

American politics used to be defined by issues like abortion, taxes and foreign policy. Now those issues take a back seat to matters of culture and personal identity. As political analyst David Wasserman found, your political affiliation can guessed by how close you live to either a Whole Foods (Democratic territory) or a Cracker Barrel (GOP territory).

Parties are being realigned more on education and class than ideology. While the Democrats have been for the working class since the days of the New Deal, Republicans have recently made huge blue collar inroads, and the Democratic Party attracts more of our highly educated citizens. Today, suburban college-educated women are the most interesting swing group in America, as they flip from being Republican stalwarts to becoming more Democratic.

Back in New Hampshire, the realignment has been slowly taking place over decades. For a century, the state was deeply Republican, but since the early 2000s our elections are almost always party toss-ups. While New Hampshire remains a swing state in the presidential contest, Democrats are now viewed as having the edge for lesser offices. Currently, Republicans control just the governor’s office, while all four representatives to Washington are Democrats, and it could be that way for a long time.

But in 2016, on the day of the New Hampshire primary, the Granite State gave Trump his first election victory ever and made Sanders into a significant national player. Both had huge wins here over traditional candidates of each party — candidates with the last names of Bush and Clinton.

This dynamic is shaping how the upcoming New Hampshire primary will go. Democrats are wrestling with how to keep as much of the old winning coalition together and wondering whether they should form a new one based on the changing nature of the parties.

For Republicans, it is interesting that New Hampshire was the place that gave rise to Trump, and was seen by Trump critics as the only place that could fuel a primary challenge to him in the 2020 primary. So far that hasn’t happened.

Whether Trump will continue to define the party after he is no longer president or whether this is a temporary holding pattern until the next phase of the Republican Party coalesces is unclear. But what is clear is that no state is likely to play a larger role in shaping American politics than the Granite State.