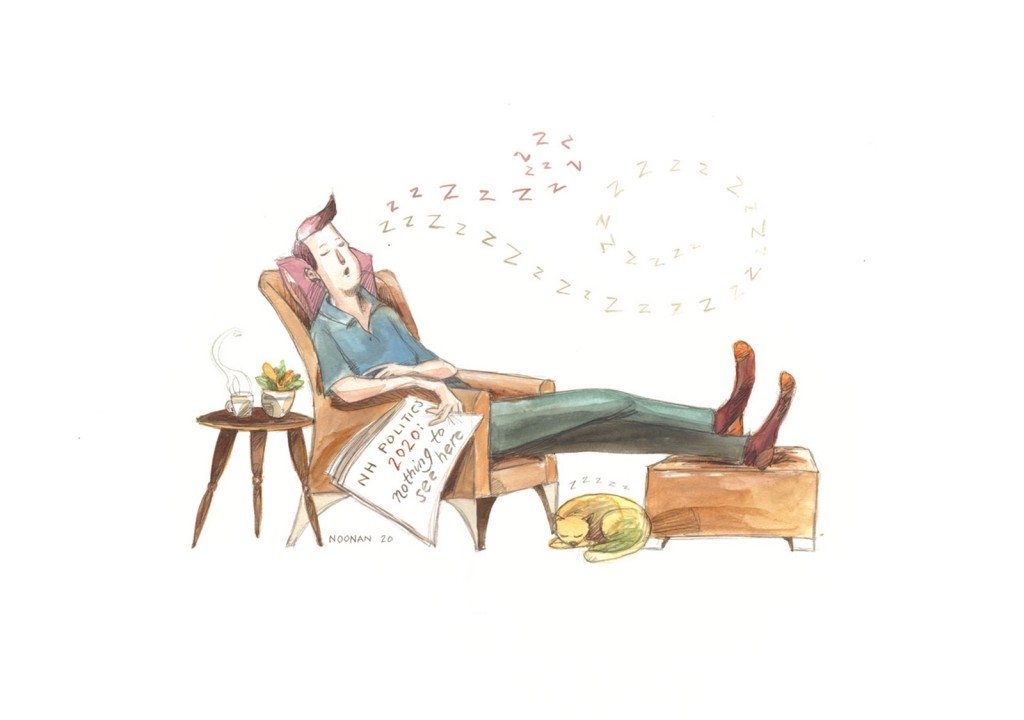 For a generation, New Hampshire has been one of the most interesting places nationally when it comes to politics, where election year after election year brings a number of competitive contests.

Races for governor and US Senate have been nail-biters. The state’s 1st Congressional District, representing the eastern half of the state, was dubbed the “swingest swing” house district in the country, as it bounced back and forth between Republican and Democratic control. Even in Concord, control of either branch of the Legislature has often toggled. During these years, there was even a 12-12 tie in the state Senate.

But in the final month of campaigning before the 2020 election, we should be honest: Elections this year just aren’t that interesting.

In fact, despite the novel coronavirus or because of it, 2020 might be the most boring election year the state has seen in 22 years.

You have to go back to the 1998 elections to find the last time an election year was this sleepy. That year Republican US Sen. Judd Gregg won reelection in a blowout as did Democratic Gov. Jeanne Shaheen and Republican US Rep. John E. Sununu. In the state’s other congressional district, Charlie Bass also won reelection by a comfortable margin. In fact, of the state’s 33 most important elections that year, only two were decided by less than 1% — an Executive Council race and a state Senate race, both in the Manchester area.

But in 2000, the presidential race in the state was so close, third party candidate Ralph Nader basically decided it. In 2002, there was a nationally watched US Senate contest and open seats for governor and Congress. In 2004, the state was once again a hotly contested presidential swing state and, for the first time in 80 years, a first-term governor would lose reelection. In 2006, both US House seats were considered battlegrounds, and both Republican incumbents were ousted. In 2008, a US Senate rematch brought the national press corps. In 2010, New Hampshire Republicans flipped more seats from Democratic control than they ever have in state history. In 2012, both presidential candidates campaigned here in the final weekend, and there was an open seat for governor. In 2016, again both candidates for president campaigned in the state the final weekend because it was so close, as was a US Senate race decided by 1,500 votes. In 2018, there was an open seat for Congress.

But in 2020, the major races are again, as in ‘98, headed toward blowout status. At the time of this writing, Democrat Joe Biden is expected to handily win the state over President Trump, to the point that neither had been to the state since early February. When the campaign strategists plotted out their respective paths to winning the Electoral College, New Hampshire was rarely even mentioned, where before it was integral.

Shaheen, now seeking her third term as a US Senator, is expected to coast to reelection. It’s a different Sununu this time — Chris —  seeking his third term as governor with some of the highest approval ratings in the nation. US Reps. Chris Pappas and Annie Kuster aren’t even on the national watch list for Republicans. Both Statehouse chambers are expected to stay in Democratic hands.

What does all of this mean? It is possible that 2020 will be an anomaly. After all, 2022 should have another blockbuster of a US Senate contest if a top-tier Republican decides to challenge Democrat Maggie Hassan. However, if the trend line of entrenched incumbents (and generally a Democratic advantage in races) continue, there will be not only less excitement, but for the first time in a long time, there might be less money in local politics and fewer political television ads as national money is diverted elsewhere.

How is that for a change?