Even presidential candidates need to kick back and relax a bit 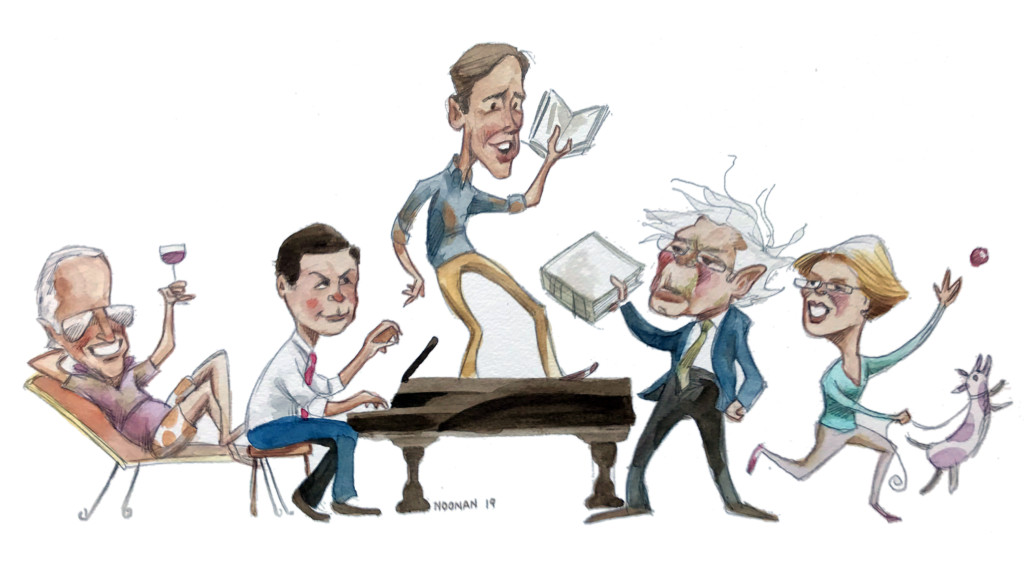 It will be a busy summer as more than 20 presidential candidates not only crisscross the state in search of votes, but may also find some local fun.

It makes sense that candidates would like to relax here knowing that they aren’t too far off from the campaign trail. Not all will buy a summer home in the Lakes Region like Mitt Romney, but former Colorado governor John Hickenlooper, a Democratic candidate for president, already owns a vacation home near Squam Lake.

For everyone else, there are some logical spots that could fall right into their campaign storyline or personal interests:

There is probably no place the former vice president would rather be this summer than at Weirs Beach for motorcycle week. He could yuk it up with the Harley-riding set and get the chance to sport his signature Ray-Ban sunglasses in the pursuit of votes.

Basically every time Warren visits the state she brings Bailey, her golden retriever. This summer she could easily slip away for a few hours and take Bailey hiking on Mount Monadnock. I mean, it’s hard to get more populist than the most-hiked mountain in the Northeast.

The South Bend, Indiana, mayor became a political phenomenon this spring partly because of his Rhodes Scholar brains. He learned Norwegian just to read a book in that language. If Buttigieg could spend a day in former US Supreme Court justice David Souter’s voluminous home library in Hopkinton, he would be in heaven.

When the New York senator launched her campaign, she said that, as a young mom, no one would fight harder for the nation’s kids. She can both sell that message (and please her own kids) by spending a few days at Story Land in Glen. Campaigning is a surreal experience with a lot of ups and downs, but it’s nothing compared to the Roar-O-Saurus ride.

The Vermont senator and defending champion of the Democratic New Hampshire primary looms large over everyone else in the state, and the 77-year-old bristles at the notion he is too old to run for president. Sanders should show the state what he’s made of by climbing up Cannon Mountain and posing as the new Old Man of the Mountain. From that vantage point he might even be able to see into Vermont.

The Hawaii congresswoman is the only surfer running for president this year (that we know of). She might enjoy taking her board (and her longshot bid) out on our state’s coastline to see if she can catch a wave.

Easy. Just find a tree stump or a table to stand on somewhere and the former Texas congressman will be in his natural habitat.

Let’s not forget that the incumbent president will also be running in the Republican primary, where he will face a challenge from at least one other person — former Massachusetts governor Bill Weld.

We know Trump only likes to stay at Trump properties. He famously never spent the night in Iowa during the last presidential primary season, even though it was far from home. Given that, should he decide to relax closer to Manchester than Mar-a-Lago, we suggest buying some property in the Granite State. Maybe the gambling-minded guy would be interested in a historic property called the Casino Ballroom. Better yet, maybe he’s the one who should buy The Balsams and return it to glory. Bonus: The Balsams is near a national border.