Democrats seem to have a “type” 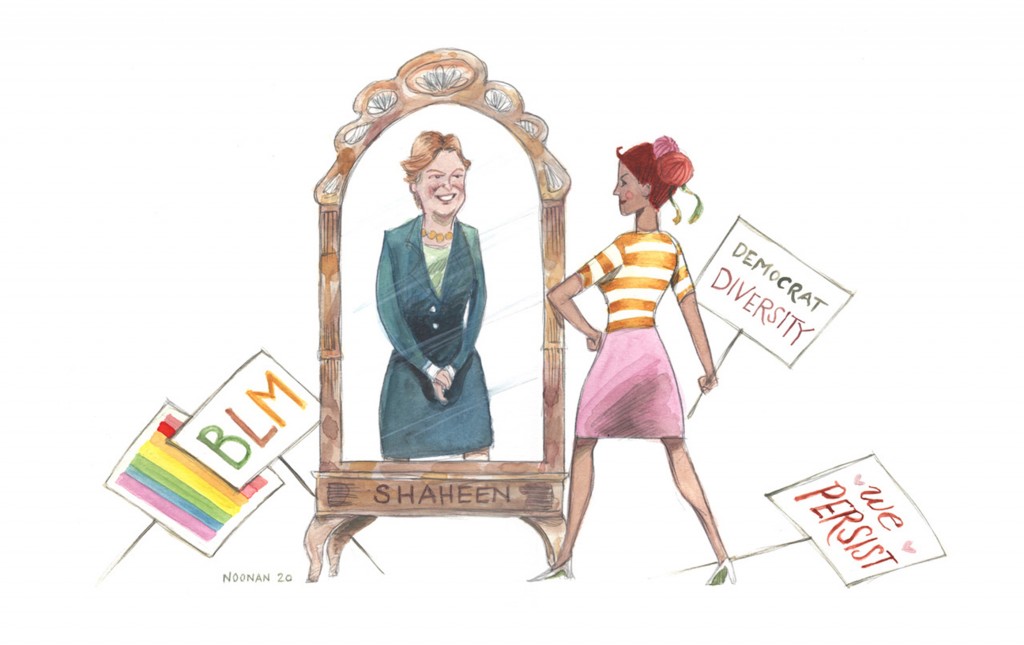 The New Hampshire Democratic Party, like its national counterparts, talks a big game about diversity. It’s a cornerstone of their ideology. They believe that, as opposed to their Republican counterparts, they are more diverse and more inclusive, both in their politics and membership when it comes to race, sexuality and age.

But the Democrats holding the highest offices are demographically very specific. They are between the ages of 62 and 73. They are white. They are straight. And they tend to be women. You could say New Hampshire Democrats have “a type.”

Twenty-one Democrats currently hold positions in the US Senate, US House, Executive Council and the State Senate. Among these, 16 are more than 60 years old, 20 of them are white and 20 of them are straight. Exceptions: US Rep. Chris Pappas, of Manchester, is young and gay; state Senator Melanie Levesque, of Nashua, is Black (but on target age-wise at 63); and state Senators Dan Feltes, of Concord, and Jon Morgan, of Brentwood, are in their early 40s.

In the Washington delegation, three of the four spots are held by straight white women who all fall within an 11-year age range. And the last person Democrats nominated for governor? Molly Kelly, of Harrisville, then a 68-year-old straight white woman.

In 2020, there are two straight white men running for the Democratic nomination for governor. One of them, state Senate Majority Leader Dan Feltes, is an oddity for being just 41. But (ready for this?) both the Senate seat Feltes will give up and the Executive Council seat his primary opponent, Andru Volinsky, will vacate will likely be filled by 60-something white women.

What about the Republicans? Yes, overall, the numbers suggest they are much more comfortable nominating older white men to major positions. But Gov. Chris Sununu is 45, and he was the youngest governor in the nation when he was first elected. Last election, it was the Republicans, not Democrats, who nominated two people of color to the state’s pair of US House seats. In the First District, Eddie Edwards, an African American man, won the primary. In the Second District, Steve Negron, a man of Hispanic heritage, was the nominee. Negron will likely be the Republican nominee for the same seat again in 2020.

To be fair, both local parties are recruiting candidates in a state that is overwhelmingly white. And while there may have been a systemic or personal bias against younger candidates, women or people of color in the past, leaders in both parties today do see a political advantage in getting more diverse voices on the ballot.

However, the specificity of the state Democrats’ type is to not just run candidates in the political mold of US Senator Jeanne Shaheen, but those who come from her demographic as well.

You can see why. For nearly a quarter-century, it has been a winning formula. However, there is a nagging question about what comes next. Should Democratic candidates expect to win if they are not at least 60 years old?

Or is it just a baby boomer thing? The recent Democratic presidential primary featured the most diverse field of candidates ever seen, including age. Yet, in the end, it came down to Joe Biden and Bernie Sanders, among the oldest people ever to run for
president, only to face off against Donald Trump, who was the oldest person to ever become president.

And they were all straight white men.