Our FITN primary is 100 years old, but we're spry 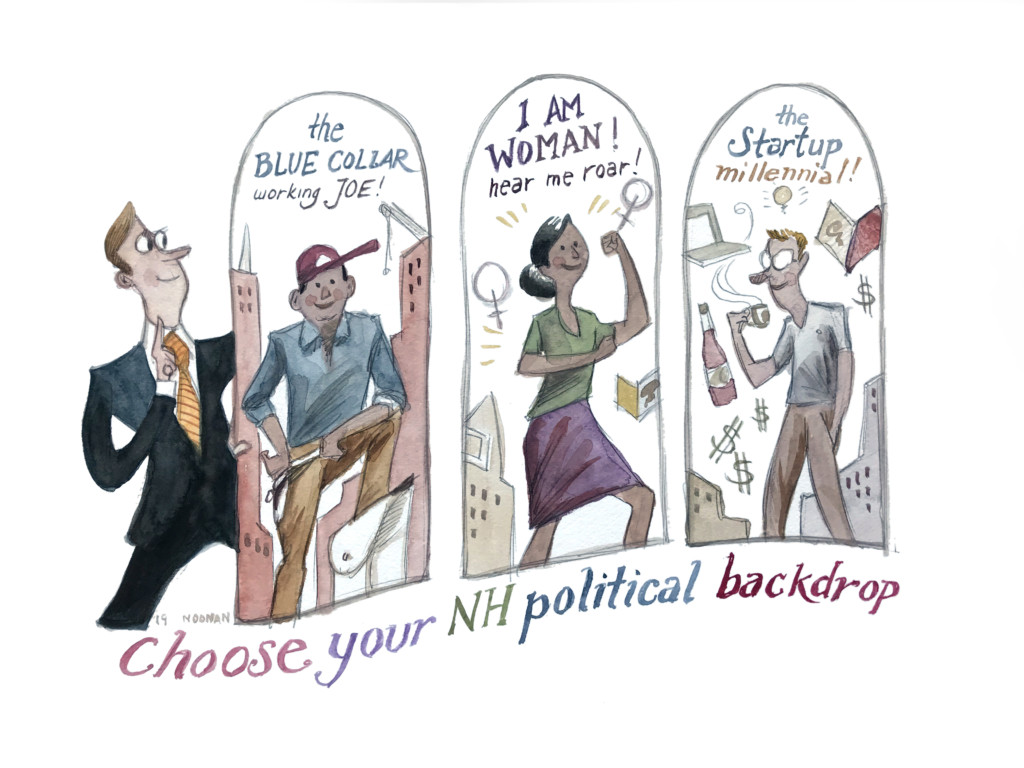 Here’s some bad news and good news as we celebrate the 100th anniversary of New Hampshire’s first-in-the-nation presidential primary.

First, the bad news: The primary is no longer what most of us romantically conjure up in our minds. No major candidate will move here or suggest this is the state where he or she is solely focused. In fact, the 2020 New Hampshire presidential primary will take place in what is probably the most nationalized election we’ve ever seen. Blame this on technology, and logistical media considerations such as the fact that the nation’s two largest states will hold their primaries three weeks after us.

Candidates are already visiting, but they are less concerned with staying at your house or lingering, as the old joke goes, to meet you three times before earning your vote. Here is the harsh reality: Our state has become backdrop for candidates to use for their social media feeds and cable news hits.

The good news: If candidates want a backdrop, then just think of the possibilities.

The state already has a lot going for it when it comes to political backdrops. A satellite uplink that has “Anytown, New Hampshire,” in the corner of the screen indicates that the candidate is serious and on the hustings.

And if backdrop is what these candidates want, then, by golly, let’s provide more added value. For instance, the Concord Republican Committee started the “Politics and Pies” series for presidential candidates at a charming old snowshoe lodge. A gun club in Londonderry let candidates show their Second Amendment bona fides.

In 2020 the ACLU and the University of New Hampshire School of Law will partner on a presidential candidate series called “Civil Liberties and the Presidency.”

But local operatives could do so much more to reinforce a candidate’s “messages of the day.”

Want the feel of the common man? Why not, as Massachusetts senator Elizabeth Warren has already done, hold a town hall meeting at the so-named Common Man in blue-collar Claremont? Have a jobs plan and want to show how people and businesses can reinvent themselves? Visit the repurposed mill section in any number of cities. Want to stress female empowerment? Just go to Girls Inc. for a press conference, as our US senators Maggie Hassan and Jeanne Shaheen do every campaign season.

Want to be considered pro-military? Why, we have a major defense contractor in Nashua where there is already a stage, a built-in crowd of employees and probably great Wi-Fi. And is there really anything better than an outdoor summer event at Portsmouth’s Prescott Park overlooking the naval shipyard? That setting was good enough for John McCain’s announcement of his 2008 presidential campaign.

A similar trick worked in 2012 when Mitt Romney announced his presidential campaign at a farm on the Seacoast. He looked all “down home” (with large American flags behind him), and staged national television interviews inside an old farmhouse. How charming! Romney became the nominee that year also.

How to appeal to young people? Go to a brewery somewhere in the White Mountains. Go even farther north, if you care, where New Hampshire conveniently has a border with a foreign country. Hello, border wall speeches!

All snark aside, the national media created the notion that the New Hampshire primary was a thing in the first place. Clearly the state is too small to have much direct impact on who wins a presidential nomination at the convention months later. But how candidates do in New Hampshire can give them momentum or help winnow down the field.

If campaign needs are forcing New Hampshire to change, then the state’s residents should begin to figure out how best to do that. Some imagination and flexibility will be required if people want to keep New Hampshire first in the nation for another century.