It’s definitely not business as usual in 2020 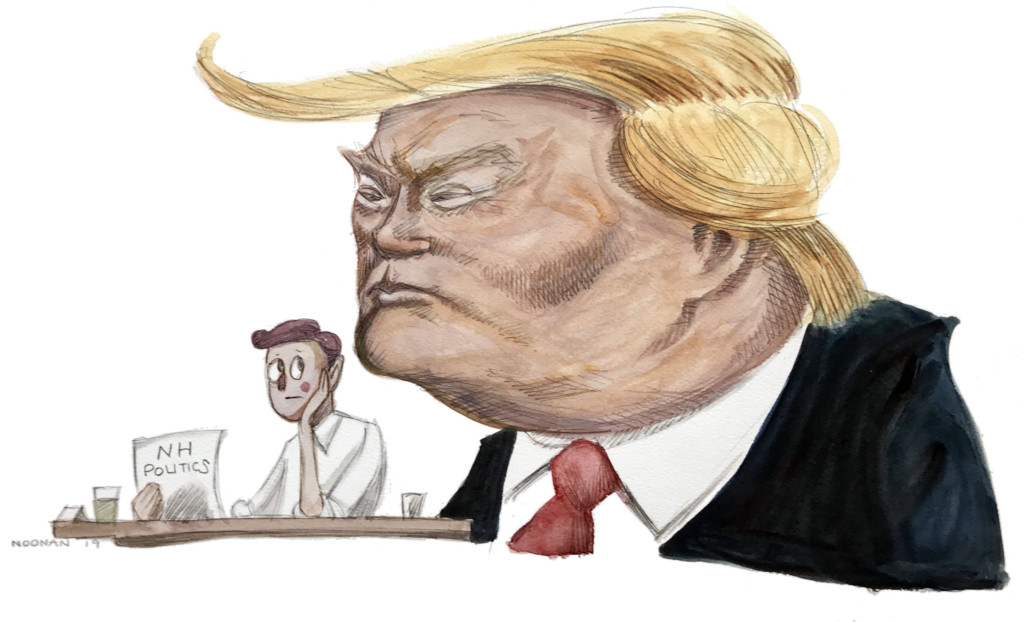 The 2020 New Hampshire Primary will mark a century as the nation’s first presidential primary. And this year might be one of the weirdest.

As of press time, it was unclear exactly when the US House of Representatives might vote to impeach President Donald Trump, but quite probably it will be around the time you’re reading this issue.

Without getting into what is or isn’t a high crime or misdemeanor, it is safe to say that New Hampshire could be a big victim in all of this.

After all, once every four years the Granite State gets to capture the attention of the world. Cameras are focused in Derry and Hollis and Hopkinton as regular, everyday people get to attend a town hall meeting with the potential next leader of the free world and discuss what is on their minds. But this time around the only thing on a lot of people’s minds will be impeachment.

This preoccupation impacts the primary two ways: First, if a hypothetical voter, let’s call her Mary, asks a question in Hopkinton about childhood poverty, it’ll likely go largely uncovered, as the national press is in Washington. And if, for some reason, both the candidate and the press are in town, then Mary’s question is probably going to be about impeachment.

Then there are the logistics. Get this: Should the House vote to impeach the president — and the votes are apparently there — then under Senate rules every member is required to be available in Washington for session from Monday through Saturday. That might be a big problem for a number of sitting US senators who are running for president, including Elizabeth Warren, Bernie Sanders, Amy Klobuchar, Cory Booker, Kamala Harris and Michael Bennet.

Then there is the whole matter of Trump himself, who is supposed to appear on the New Hampshire ballot.
There have only been two American presidents impeached and one — Richard Nixon — resigned as it became clear he would be impeached. For all of them, the impeachment drama began in their second term, not their first.

What is happening with Trump, a likely impeached president who is running for reelection, has never happened before in American history. The same could be said for New Hampshire voters picking an indicted president to win the state’s presidential primary. All year, the other Republicans running against Trump — former Massachusetts governor William Weld, and former congressmen Mark Sanford and Joe Walsh — were given no shot. Could one of them now emerge as a protest vote?

That assumes that Trump is still president and on the ballot. Secretary of State Bill Gardner just completed the filing period for candidates to appear on the primary ballot in early November. Should Trump be removed from office by the Senate or decide not to seek reelection, then what? Will there be a way for Vice President Mike Pence to appear on the ballot or will the Republican primary essentially be irrelevant for the first time in a lifetime?

If the Trump era has taught us anything, it is to expect the unexpected and, at the same time, understand that very few news developments actually have much impact. After all, Trump’s approval rating stands at the same level it was a year ago.

All that being said, these are shocking times — and New Hampshire primary voters have been known to deliver some shocking results over the years. Also, as with impeachment, there’s a first time for anything.