What's so Incongruous about filming a reggae music video in downtown Manchester in the snow? 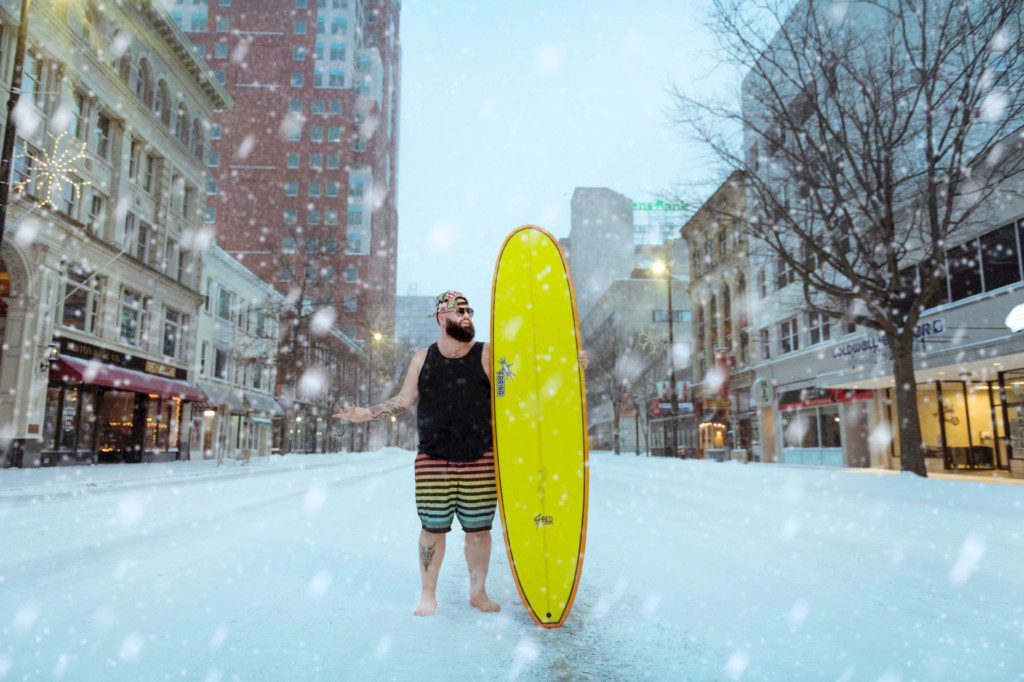 Joe Sambo’s songs sound like they’d be right at home on a breezy, bright beach in the Caribbean — but his musical roots were planted in New Hampshire.

The 27-year-old reggae artist from Salem developed his ear for rhythm in the drumline of the Blue Devil Marching Band, devoured jazz albums while working at the local arm of Bull Moose Music, and recorded his debut album at Revelry Studios, inside a refurbished mill building in Manchester.

And that album, “The Wrong Impression,” is catching the attention of fans far beyond the Granite State. Sambo just landed a No. 1 spot on the Billboard reggae charts and has made several cameos in the top echelon of the iTunes reggae charts in the last few months.

“The response even out of state has been really big,” Sambo says. “I’m blessed. I’m pumped. It’s cool to see the analytics and see where people are actually listening to it, it’s like all around the world.”

Sambo knows his status as a burgeoning reggae star from a place better known for maple syrup and mud season than its music scene is, in his words, ”random.” But rather than downplay his connections to New Hampshire, he embraces them.

His debut music video — for his song “How We Do” — features scenes of Sambo toting a boogie board in the middle of a blizzard on the patio of Manchester City Hall, shimmying down snow-covered alleys, carrying a tiki drink down Hanover Street, and lounging in a beach chair outside what appears to be the WMUR-TV mothership.

“It was in the middle of February. We were planning to get snowed in at the studio that night,” Sambo recalls, “and we were like, yo, let’s just film a video.” Luckily, despite the impending snowstorm, Sambo just so happened to have all of the necessary beach supplies on hand.

Sambo says he wanted to use this single to show people “where I’m from, what I’m all about,” but he’ll be aiming for a more “universal sound” in his future songwriting.

“All walks of life can enjoy it,” Sambo says, “no matter if you’re from New Hampshire or San Diego or Texas or wherever, the goal is to make something for everybody.”

If you want to sample some of Sambo’s music in person, you’re in luck: He’s got gigs lined up across New Hampshire, Massachusetts and Maine all throughout the summer. One of those shows will even find him singing alongside some reggae legends and former bandmates of Bob Marley, The Wailers.

But even if you can’t catch one of his sets, Sambo recommends checking out some of his favorite spots for live music: Bernie’s Beach Bar in Hampton Beach, Marty’s Driving Range in Mason, Stone Church in Newmarket or Pipe Dream Brewing in Londonderry.