What is, “farewell to a beloved figure?”

When news of Alex Trebek’s passing broke on Sunday, Jenn Reilly — an English teacher at Exeter High School and a former “Jeopardy!” contestant — realized the long-running show would be forever changed.

“It felt a little bit like the end of an era,” Reilly says. “I mean, the show will go on — he wasn’t the only host ever — but it does feel a little bit like the show won’t be the same without him. He was such a big figure outside of the show, culturally. I’m also a big ‘Saturday Night Live’ fan, so when you look at how he’s been spoofed there, it shows his reach.”

Reilly is one of a number of Granite Staters who have had brushes with the beloved host, who died Sunday after battling pancreatic cancer for nearly two years. Lisa Rogak of Enfield, the author of “Who is Alex Trebek?,” a biography released in July, says Trebek’s on-screen persona was authentic. 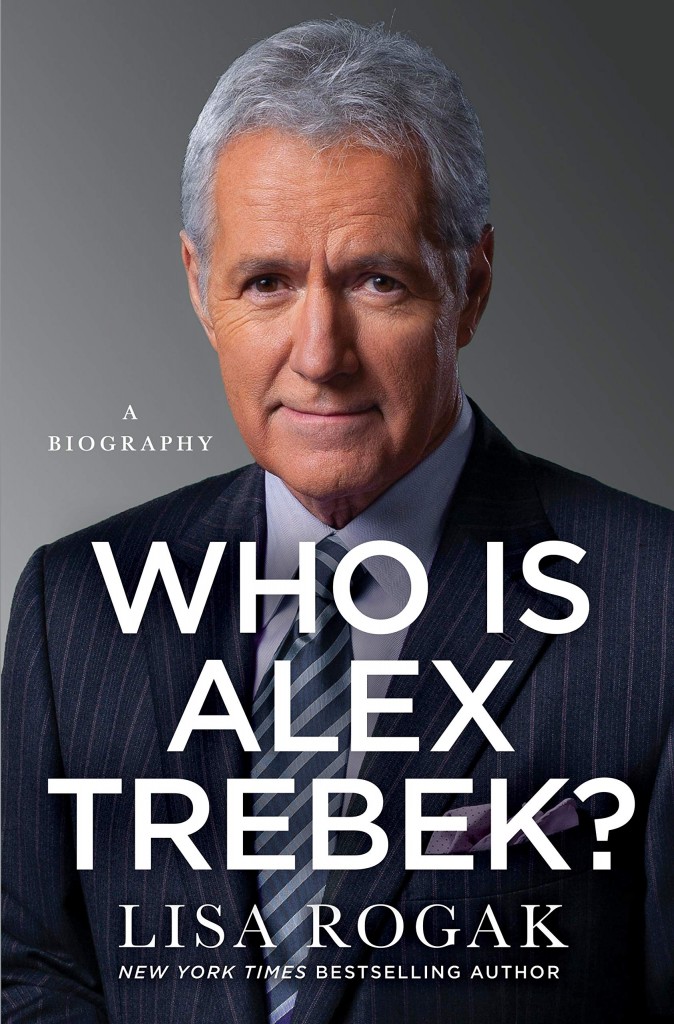 “Who is Alex Trebek?” by Lisa Rogak, of Enfield, NH

“Who he is on-camera, but even more so off camera, is who he is,” Rogak says. “Or, he was. I have to switch into past-tense now, which is difficult for everybody.

“He was a man of integrity in Hollywood, and that’s a rare combination when it comes to show business of any kind. He maintained that integrity throughout his very long career. Even though he never spoke of it, it radiated off of him in how he hosted the show and how he regarded and treated the contestants, and also by injecting a little bit of occasional humor. It’s a very rare combination.”

It’s something Reilly, a mother of two from Lee who appeared on the show on February 1, 1999, saw firsthand. And while her time in and around the TV personality was short, he did leave an impression. Reilly says Trebek was “very professional and polished.” She says the persona of keeping everything together and even-keeled was accurate, and she found his demeanor calming.

“If you’re a ‘Jeopardy!’ person, it’s kind of a thrill,” she says. “That’s the moment it feels real, because when you’re up there in the moment, it feels very surreal. Then he walks out and it becomes clear, ‘I’m not watching this from my living room — I’m actually here.’”

Reilly’s lasting impression of appearing on the show?

“It’s been a little bit of a brag for years,” she says, laughing. “I tell my students and they don’t believe me.”

“It would be hard to imagine ‘Wheel of Fortune’ without Pat Sajak in the same way. These people are icons and they become figures that you associate with your youth.”

Reilly still watches the show with her two sons, 15 and 11.

“The joke is that I’m priming them to appear on the show so I can recover a little bit of my ego,” she says laughing. “Maybe they can take over the mantle.”

While she did nail a few questions (“Cosmo Kramer,” “Yangtze River,”), she ultimately didn’t do as well as she hoped.

“I did not win,” she says. “My undoing was probably the Daily Doubles. I hit at least one, if I recall correctly, and I didn’t make it a true Daily Double, but I bet too much.” 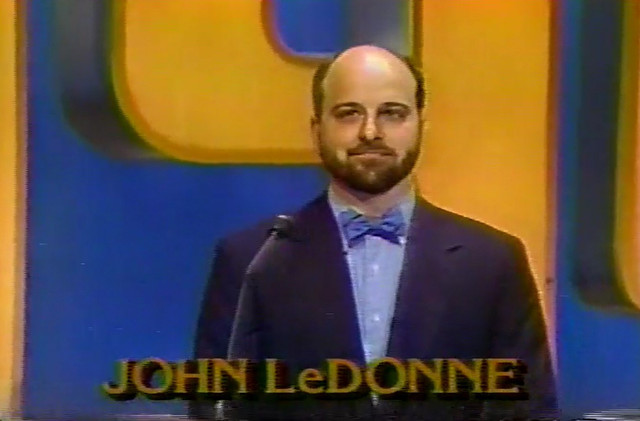 John LeDonne, of Concord, during one of his appearances on “Jeopardy!”

John LeDonne, a buyer/manager at Gibson’s Bookstore in Concord, fared slightly better. LeDonne was a five-time “Jeopardy!” champion and also participated in the Tournament of Champions in 2004.

“You got to chat with him a little,” LeDonne says. “At the end of the show he’d come over and say ‘congratulations’ or a few things about how the show went. He seemed, to me, very nice. I didn’t expect him to spend any time with me because he’s very busy and he seems many contestants every day.

“Later, in the Tournament of Champions, he was much friendlier. I think he enjoyed doing that a lot and appreciated that these were the better players. Afterward, they had a little party and we got to chat with him more and take a picture with him.”

As for the longer-lasting benefits of being a “Jeopardy!” champion: LeDonne was once recognized in Paris for his appearance on the show, and admits that friends stopped asking him to play Trivial Pursuit.

He says that during the taping, if a break was necessary or something needed to be fixed, Trebek would interact with the audience, make jokes, ask where people were from and keep them entertained until taping could resume.

“I was very saddened when I read about his death online,” LeDonne says. “He was a good guy and I think, especially as the years went on, he commanded so much respect. He was an admired figure. Someone said he was even compared to someone like Walter Cronkite, and I think there’s some validity to that.”

The outpouring of support since his death is a reflection of the affection fans had for Trebek, who began hosting “Jeopardy!” in 1984, Rogak says.

“He was sincere,” she says. “He wasn’t putting on an act, and he really loved what he did.”

Trebek, who was uncharacteristically public about his ongoing health struggle, continued taping shows until shortly before his death.

“He gave it to us straight,” Rogak says. “And I keep going back to this, but how rare is that? He was old-school. That was his generation. He also had an innate sense of decorum, and people loved him for that. All of that.”