N.H. Democrats Are in a Funk…and It’s About To Get Worse 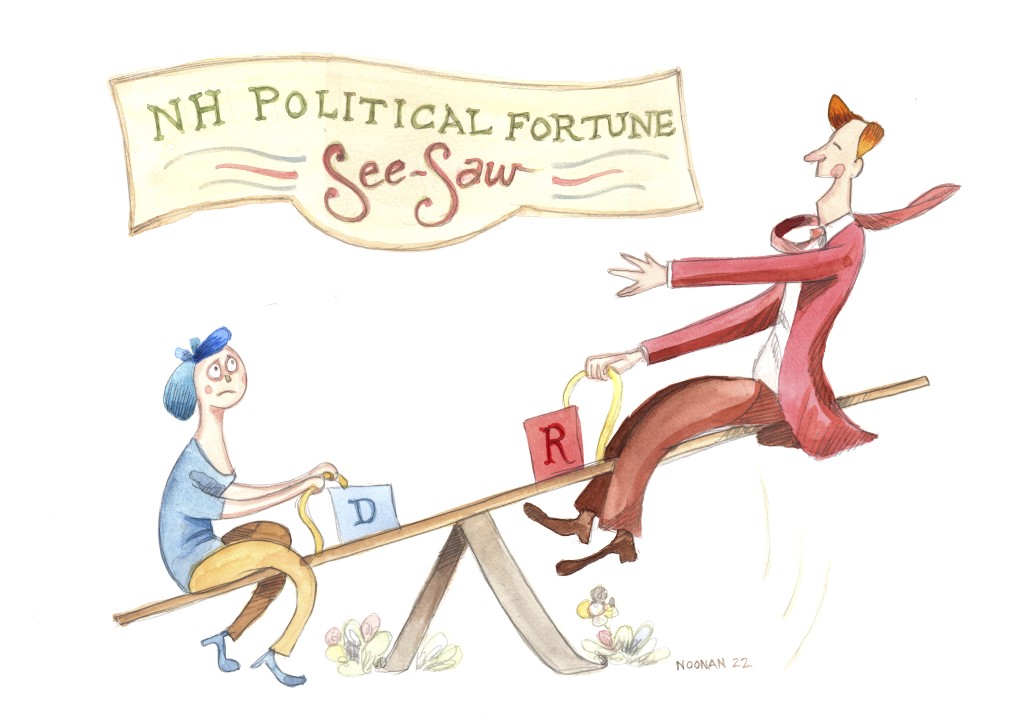 The 2020 election was uniquely bad for New Hampshire Democrats.

Sure, Democrat Joe Biden easily won the state on his way to becoming president. Yes, Democratic U.S. Sen. Jeanne Shaheen won a third term over a random carpetbagger. And, OK, both Democratic representatives won reelection, albeit one by the skin of his teeth.

Those are not insignificant accomplishments.

But partisans in no other state in the nation watched both their statehouse and state senate cede control to the other party the way New Hampshire Democrats did as Republicans rode the coattails of popular Republican governor Chris Sununu — who won reelection by a 2-1 margin.

Indeed, Granite State Republicans haven’t had it this good in two decades. Conversely, Democrats haven’t had it this bad since then either. However, the hurt for Democrats was especially emotional. Since 2004, they have had the momentum, holding the governor’s office for a dozen years straight and often holding majorities in the Statehouse. The question wasn’t even about whether the Granite State would join the rest of New England in being a reliable Democratic state. The only question was when that would happen.

But after the 2020 elections, all of that momentum stopped. The makeup in the Statehouse began to resemble the days when Republicans dominated state politics for a century. After the whiplash, a quiet reality sank in among local Democratic activists. Next, they descended into a funk.

There were even calls for state Democratic Party Chairman Ray Buckley to either resign or just not run again. Buckley, the longest-serving Democratic Party chair in state history, has been a transformative figure in state politics, significantly increasing the amount of funds raised in local races. His methods were so effective, state Republicans discussed Buckley’s model at their own state conventions as a way to modernize their party to compete with Democrats.

Republicans had some good election years recently, including 2010. But Democrats still had a Democratic governor in office who could veto items like the state budget. That Democratic momentum is all gone after the 2020 elections. And it’s about to get a lot worse for them.

Republicans were fully in charge of the redistricting of Statehouse and congressional seats for first time since 2002. They have used that power to essentially cement a Republican majority in both the Statehouse and the State Senate for the next 10 years. They also made it much more likely they will pick off the 1st Congressional District, held by Rep. Chris Pappas, a Democratic Party rising star.

Importantly, Sununu is seeking reelection. It took months for a Democrat to even step up to challenge him. It is unclear if that Democrat, State Sen. Tom Sherman, will even face a primary, given conventional wisdom that the Democratic nominee will lose badly to Sununu.

There are, of course, policy implications. During the first year of a Republican-run House and Senate with a Republican governor, they passed bold laws relating to abortion, school funding and taxes. Democrats could do nothing but protest to a rapidly shrinking local press corps.

While politics in a swing state like New Hampshire will continue to ebb and flow, the deck is particularly stacked against Democrats in Concord right now, and there really isn’t much of an end in sight.