The head brewer at this Merrimack spot talks shop 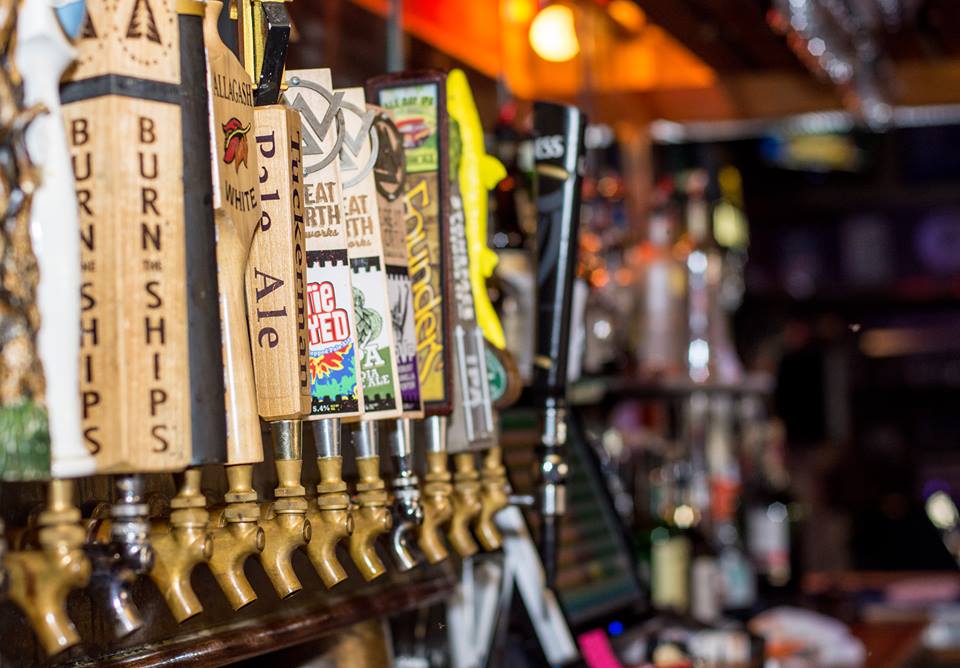 With more than 80 craft breweries spread across the state (and new ones opening seemingly every week), it’s no secret that New Hampshire is home to some great beer. To help you get to know some of the Granite State’s favorite sudsy spots, we’re continuing a series of “Meet the Brewer” profiles to introduce you to our top-notch New Hampshire breweries and the men and women behind them.

For our latest profile, meet Michael Frizzelle. Michael is the co-founder and head brewer of Able Ebenezer Brewing Co., a veteran-owned and operated brewery that’s been operating in Merrimack since 2014. Read on to learn all about the 1,200 barrel-per-year capacity facility and their head brewer.

New Hampshire Magazine: What is your title at the brewery?
Michael Frizzelle: I am the co-founder and head brewer.

NHM: How did you get into the brewing business?
MF: When I left the Army and moved back to southern California, I fell in love with the beer scene. I went to a homebrew store, which happened to be owned by an Army veteran, and was shown the ropes of how to make beer in my kitchen. I’ve kept at it ever since.

NHM: Why did you choose to work in New Hampshire? What do you appreciate about the craft beer scene here?
MF: My buddy from the Army, Carl Soderberg, convinced me that New Hampshire was better than California to start a brewery because it was much less saturated. In the last five years, I feel like that has changed though with so many breweries opening up. I was also drawn to New Hampshire by that classic “Live Free or Die” attitude.

NHM: What style(s) of beer are you personally most fond of?
MF: My gateway style of beer was red ale, like the Red Trolley from Karl Strauss Brewing and Anchor Steam from Anchor Brewing. I love India pale ales, whether they are from the West Coast or they are New England-style. I also gravitate toward Mexican-style lagers, which probably comes from growing up in southern California and the fact that my grandma was a Tecate model back in the day.

Find It
Website: www.ableebenezer.com
Phone: (844) 223-2253
Address: 31 Columbia Circle, Merrimack
Hours: The taproom is open daily for beer to-go from 11 a.m. to 7 p.m.
You can also order online for delivery. Delivery is available in Merrimack and the surrounding communities. Place an order and find more information here.

NHM: What’s your annual production size, in barrels?
MF: We have a 10-barrel brewhouse, and produce around 1,200 barrels annually.

NHM: When did you open to the public?
MF: We opened on June 14, 2014. My business partner Carl Soderberg and I are former Army officers, and coincidentally, that is the U.S. Army’s birthday. We tried to open as fast as we could, and it just happened to be that day.

NHM: What sets you apart from other New Hampshire breweries? What’s unique about your style or mission?
MF: We are veteran-owned and operated. We are also the largest self-distributing brewery in New Hampshire. We love telling stories with each of our brands that embodies what “Live Free or Die” means and how they’ve inspired us. We also have an amazing group of patrons that I can’t say enough positive things about.

NHM: How many beers and what styles do you offer at any given time?
MF: We have six beers available at any given time. Outside of our two flagship beers, Burn The Ships (cherry wood smoked IPA) and Victory Nor Defeat (double IPA), we always have a rotation of nine other styles. We’re constantly exploring new styles and flavors to expand that rotation. Our website gives time frames of when people can expect a particular beer to be released. Following us on Facebook & Instagram is also a great way to keep up to date on our beer releases and events. We always have events at the brewery during the summer.

NHM: What’s your most popular beer?
MF: Burn The Ships, a cherry wood smoked IPA. It was voted “Best Beer NH Made Beer” for 2019, so we’re very proud of that. The name is a tribute to the military tactic of cutting off your means of retreat so you’re focused on the task at hand. That was the mindset Carl and I had when we started the brewery (quitting jobs and moving across the country), so it will always have a special meaning to us.

NHM: What’s next for your brewery? Any expansions/changes or upcoming milestones or events to note?
MF: We just bought a labeling machine so we’ll be able to package more our beer styles beyond our flagship beers. We also have plans to renovate and update the taproom at the brewery.