Dan Beaulieu is the co-founder and artistic director of Seven Stages, a merry band of players dedicated to bringing Shakespeare out of the mists of the past into the midst of common spaces in our modern world. They hold performances anywhere they can, but the most popular are staged at local bars under the title “ShakesBEERience,” where regular folks are encouraged to leave their tables, grab a script and assume a character alongside seasoned actors. So, Seven Stages invites you to head for your favorite watering hole wearing nothing but hose and cotehardie, because “Ale the world’s a stage.” And always remember, “Two beers or not two beers; that is the question.” 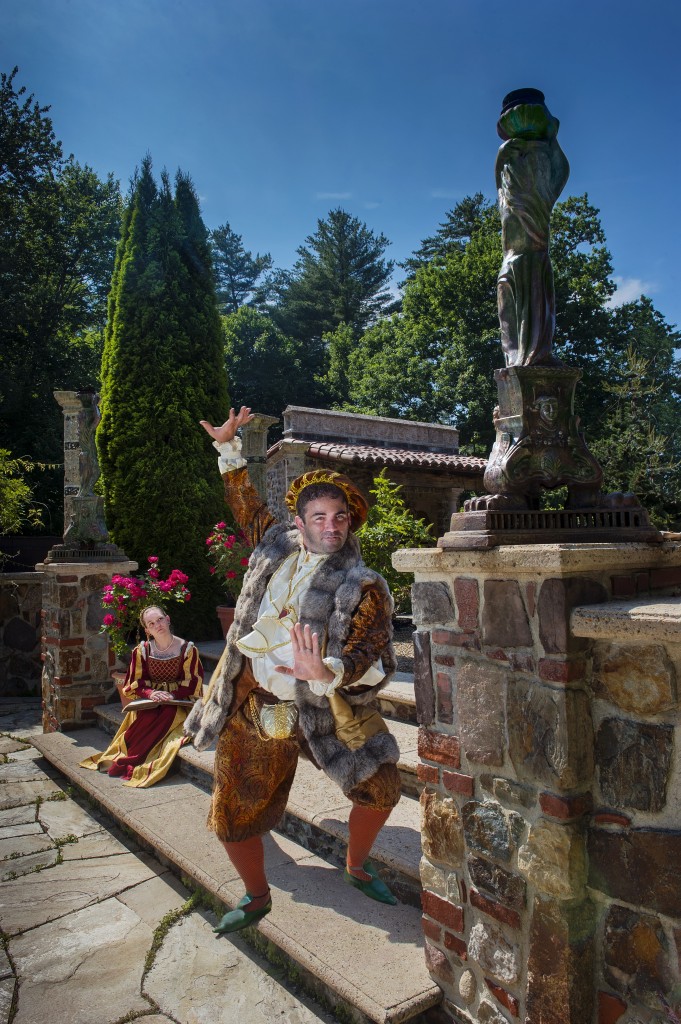 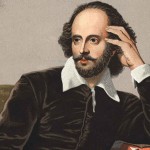 In Shakespeare’s time, water was unhealthy, so alcoholic drinks were basic hydration, says Richard Ross, writing for The Drinks Business magazine: “Each of Shakespeare’s 38 plays has at least one mention of alcoholic drinks, so they’re deeply embedded in his writings.” Ross notes that drinks were indicators of social position. Ale was a peasant drink that was popular with the Bard. Wines were imported, thus expensive, so William caught a vicarious buzz by having his more princely characters guzzle them.

ABOUT THE PHOTO: Thanks to the award-winning Erika Cook for playing Portia in this scene from “Merchant of Venice.” Thanks also to Gay Bean and Heather Vitale of the Community Players of Concord for wardrobe and assistance, and to David Pelletier of Rye for the location. Finally, thanks to Jeanne McCartin for the idea for this installment of “Transcript.”