New Hampshire has no love for mayors 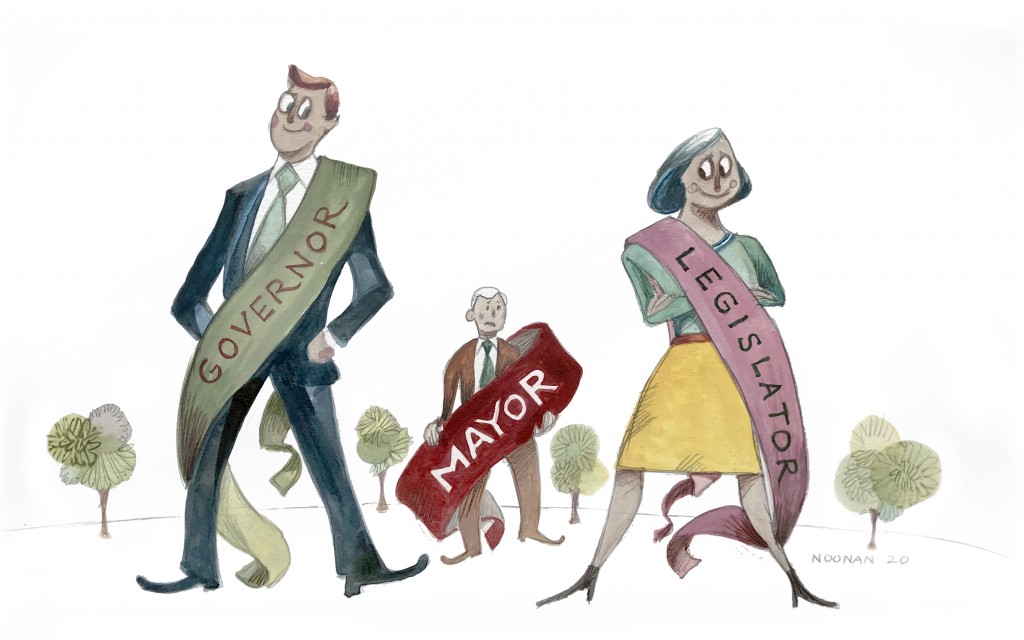 It’s no secret that New Hampshire residents get to meet some of the biggest names in politics. As we just witnessed a few weeks ago, when the state’s first-in-the-nation presidential primary rolls around, there are governors and senators and presidents and former presidents who visit the state hoping to meet and talk with everyday people.

This reality, combined with the Granite State’s laws of extreme checks and balances limiting power from everyone from the two-year term governor on down, has served to prevent many a local politician from developing an ego.

After all, if someone like John McCain walked up to a woman in Derry three different times and directly asked for her vote, is it fair to expect this same woman to be amazed to meet her state senator? Then again, at least her state senator isn’t a mayor. In New Hampshire, mayors are essentially given zero respect and largely never discussed outside of their city.

This is not a column singing the praises of mayors as unsung heroes who step up in their local communities. Someone else can do that. This is a column pointing out how weird New Hampshire is when it comes to those who carry the title of mayor. In my travels around the country as a political reporter, this second-class politician status for mayors is basically unique to the Granite State. It is not that mayors in other states deserve more respect. It’s just that they often do get respect in ways that has to make the average New Hampshire mayor quite jealous.

By definition, the role of mayor only exists in cities and not in towns. In towns, which make up nearly all municipalities in the state, the loftiest role might be chair of the select board. There are only 13 cities and they can elect mayors in all types of ways. Lebanon, for example, lets the city council pick one of its members and it is largely a ceremonial role. In Portsmouth, everyone runs for city council as a group, and the top vote-getters are named mayor and assistant mayor. Most of the 13 cities hold nonpartisan mayoral elections every two years, though rarely do these races get covered in statewide media outlets. This despite the elections usually happen when there are no other races going on in the state.

There are two exceptions to this. First, the mayor’s role in Nashua is structurally the strongest statewide. Mayors here serve four-year terms as opposed to the usual two. They also have a lot of staff they hire and fire as they please. Oh, and they almost never, ever lose reelection.

The second exception is Manchester. The mayor of the state’s largest city gets more attention than any other mayor. Some of that is logical enough, especially when one factors in that statewide news outlets like WMUR-TV and the Union Leader newspaper are based there. But even with all of that press, when Manchester mayors try to go to some higher office like governor or Congress, their win-loss record is notoriously bad. In fact, Frank Guinta is the only former Manchester mayor to win one of those high offices (US House of Representatives).

Typically, mayors will always lose those positions to someone elected to a position in Concord, no matter how much easier their day-to-day jobs are.

The odd twist in all of this is that New Hampshire is a parochial place. Residents believe there is a huge difference between small towns like Chester and Sandown. So is it true that even people who pay attention to politics in Concord probably cannot name their own mayor, much less name who leads Somersworth or Berlin?

Last year, some dynamic new mayors were elected in Laconia, Dover, Portsmouth and Keene. At a time when the Statehouse is full of partisan gridlock, maybe it’s time to pay more attention to what these folks are doing.