Apologies, Marie Kondo, but let’s not all rush to tidy up 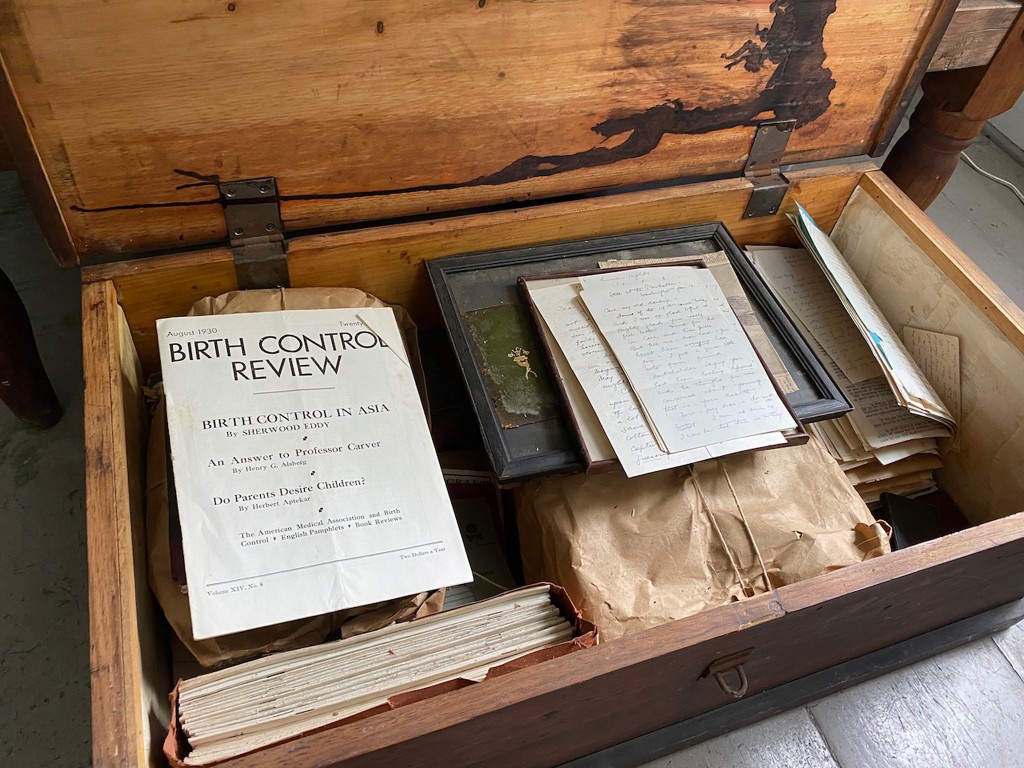 There’s an emotional angst and urgency swirling in my soul — and it’s not directly related to COVID-19. It’s a nagging sense of obligation and a question every time I look under my bed or open my basement closets: “To toss or not to toss?”

Until Marie Kondo, the tidying guru, came along, those unorganized piles didn’t tug at my conscience. Maybe I’m just getting older and don’t want to leave my kids a house filled with stuff they don’t want. Or perhaps it’s hard to say goodbye to the memories that are stuffed inside the boxes in my closets. But while I’m all for what Marie calls “sparking joy,” I’ve also learned that, sometimes, procrastination is the better path.

Often, mundane objects are the ones I cherish the most. Tattered photographs can instantly conjure a memory, a smile, a sound, bringing something — or someone — to life. Those scrawled love notes from my then-4-year-old trace not only the archeology of our existence, but also the human heart.

Have you ever thrown something out, then regretted it?

When my mom died, I became Ms. Efficiency on steroids. Her clothes were either tossed or donated. Months later, after my best friend died, her kids transformed her clothes into cozy lap quilts. I regretted my haste with my mother’s things. When my father passed, I grabbed his well-worn, red-and-black flannel shirt. Although it looks out of place hanging in my closet filled with mostly Ann Taylor-style clothing, simply seeing that shirt each day evokes the smell of my father’s aftershave and warm memories of him wrapping me in his arms.

On a recent evening, two of my three adult children and I cleaned out a chest of drawers in an old house in Alstead, New Hampshire, that has been in my husband’s family for more than 100 years. We’ve spent every summer here since they were babies. As children, they’d run wild and barefoot in its fields of clover, Queen Anne’s Lace and milkweed. Together, we’d rise at 2 a.m. to watch meteor showers streak across the sky like fireflies, and play weeklong games of Scrabble, Canasta and Monopoly.

This same old house had steamer trunks in the attic that taunted me for years, trunks filled with letters, papers and journals dating to 1848. As my husband and I continued the tradition of annual visits, I began to leave my summer reading at home in favor of digging into those trunks. What I discovered was the life story of an extraordinary woman, one who brought about some of the most significant changes in equal rights in the early 20th century, and then was quickly forgotten. Although chances are slim that you’ve heard her name, that woman, Mary Ware Dennett, was recently celebrated by Time magazine as one of nine women in American history that everyone should know. 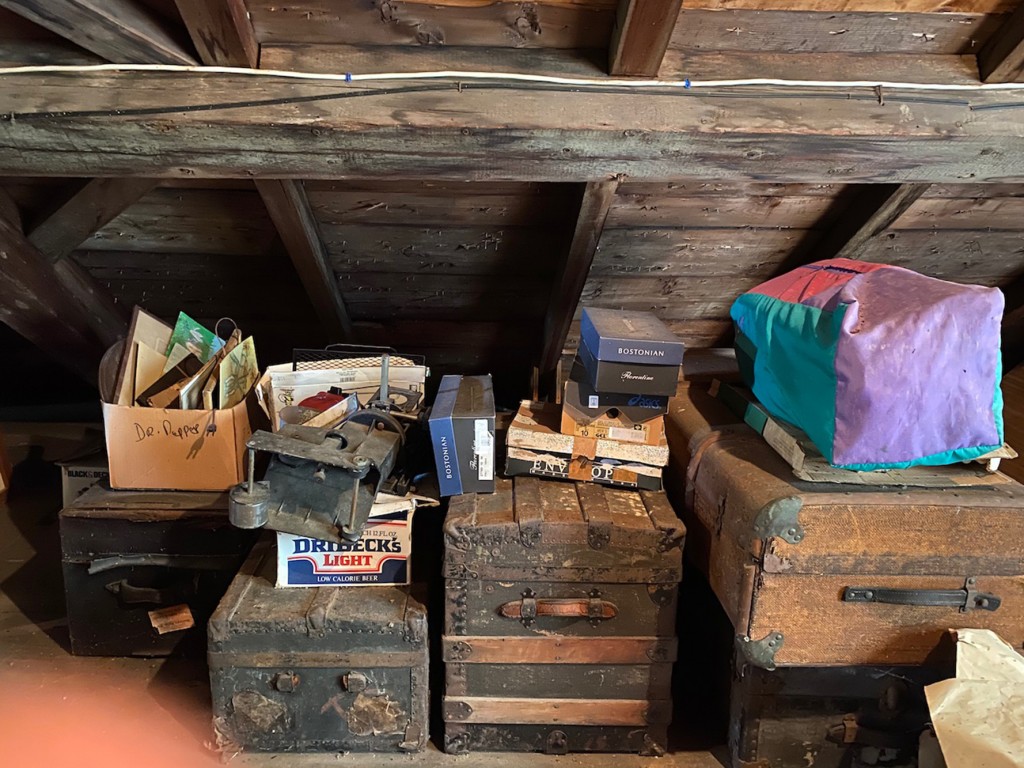 The attic where Spaulding found Mary Ware Dennett’s journals and papers dating back to 1848. Courtesy photo

Dennett was a reproductive rights advocate, an artist, the second-in-command of the National American Woman Suffrage Association, a pacifist, and an outspoken defender of Black women’s rights. She was a contemporary and bitter rival of Margaret Sanger because Dennett was devoted to making the world better for all, not just a few. Like her relative, Lucretia Coffin Mott, who teamed up with Elizabeth Cady Stanton to launch the women’s movement at Seneca Falls in 1848, Dennett’s aim was nothing less than fulfilling the original promises of the Declaration of Independence.

At the 1913 women’s march on Washington, D.C., intended to upstage the inauguration of anti-suffragist Woodrow Wilson, it was Dennett who reprimanded parade organizer Alice Paul for discriminating against Black suffragists.

“The Suffrage movement stands for enfranchising every single woman in the United States and there [is] no occasion when we would be justified in not living up to our principles,” Dennett said. And in a second rebuke, she said, “All colored women who wish to march shall be accorded every service given to other marchers.”

Believing the “first right of every child is to be wanted,” it was Dennett, not Sanger, who in 1915 started the first national birth control organization in the U.S. It was also Dennett who battled the U.S. government in a landmark case over sex education and censorship. Her victory in 1930 soon after enabled publication of previously banned books such as James Joyce’s “Ulysses.” A pacifist, there is even evidence that Dennett co-founded what later became the American Civil Liberties Union.

At the end of her long career, in the 1940s, Dennett offered her extensive files to the library at Harvard. These chronicled women’s suffrage from 1908-1915, the battle for reproductive rights from 1915-1930s, the founding of the Women’s Peace Party and the World Federalist Society prior to World Wars I and II, plus her work on First Amendment issues. Silly girl. Harvard, that all-male bastion of elite education, declined and this precious record of history ended up in my family’s attic.

Eventually, in the late 1980s, my mother-in-law donated most of the papers to the Schlesinger Library at Radcliffe College, but not Dennett’s private journals, those that chronicle her hopes and fears, her struggles to rise again and again in the face of public ridicule. These papers now form the basis of a book I’m writing about her life. 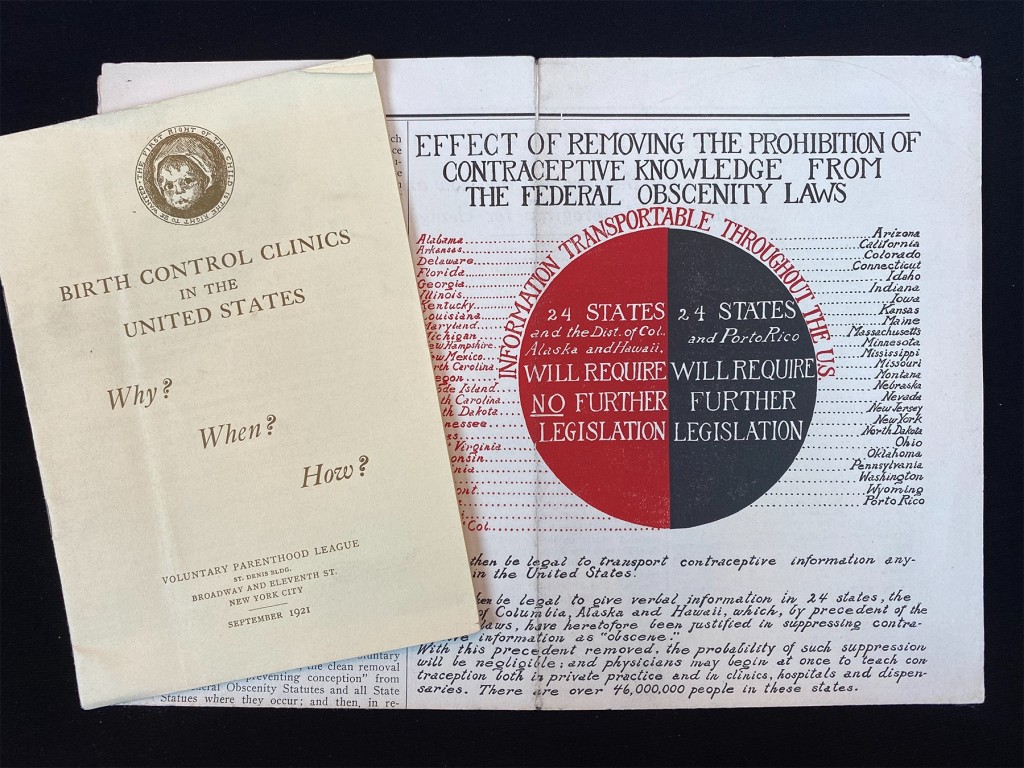 Dennett advocated for, among other things, women’s right to vote and reproductive freedom. Courtesy photo

Imagine if a Marie Kondo-style cleaning had been done and the trunks unceremoniously dumped. Her voice would have been forever silenced. We would have missed the unfolding of her life not only through her words, but also in the mementos she saved — a scrap of material for a new dress, a favorite poem, a ticket stub from a symphony. Across the centuries, these and other trinkets resurrect a fully living, breathing woman, not merely a list of accomplishments.

Amid the most mundane chatter about the clothes that needed mending, the weather, or the pesky gray hairs that were emerging about her face, are references to the deep disappointments of a failed argument in Congress or the humiliation of lies promulgated by her opposition in the press. It all makes Dennett’s voice more approachable and relevant to the battles we’re still fighting today.

Had her children rushed to tidy up when she died and tossed the remnants of her life, none of us would know her name, her story. None of us would know on whose shoulders we stand or discover from her just how she managed to juggle the many hats she wore. I’m learning more from Mary Ware Dennett today than I could ever have imagined. It’s why I now sort my piles with less haste.

Sharon Spaulding has spent 10 years researching the life of suffragist and sex-ed activist Mary Ware Dennett. She is working on a book about Dennett’s life, and also publishes a monthly newsletter, “Women Make History: Stories We Should Have Learned in School.” sharonspaulding.com