Man Out of Place

A small, strange grave in an out-of-the-way cemetery is a clue to a tragic tale 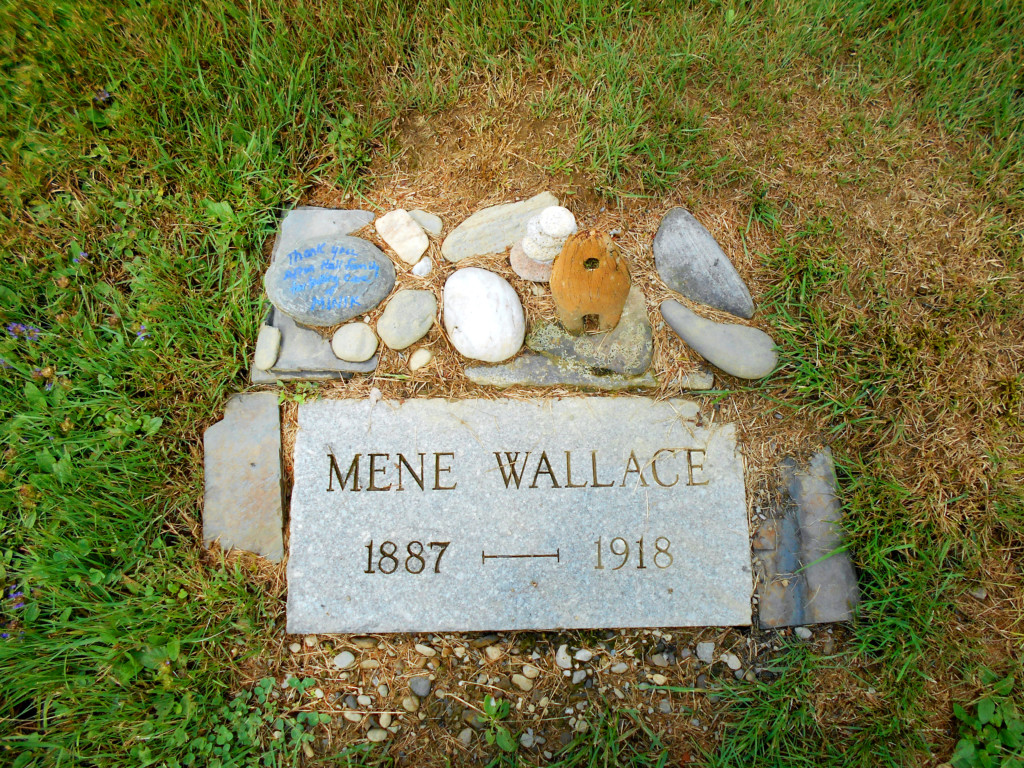 In the corner of New Hampshire once known as the Indian Stream Territory, there exists a small cemetery snuggled up against an iconic dairy farm’s pasture. The cemetery is typical of the many old graveyards scattered throughout rural New Hampshire, except that there is an unusual story tucked away inside this one.

In the back row, where the paupers were buried, is a flat headstone bearing only the inscription, “Mene Wallace 1887-1918.” Standing guard beside this headstone is a small, shapeless man holding a fish, which presents a clue to the hidden story.

The story begins in 1897 with Admiral Richard Peary, who was in trouble. Peary had tried unsuccessfully several times to be the first white man to reach the North Pole. He had failed at each attempt, and had now failed once again. The short summer season in polar Greenland was over, and it was time for him to sail back to New York. Peary was worried that his financial backers would not sponsor him again for another attempt the following year. It did not appear that Peary could reach the North Pole, and even if he were to be successful, his financial backers were now questioning the potential return on their investment with a claim to an inhospitable land of frigid temperatures. Peary needed something exciting to continue his investors’ support.

In his previous attempts, Peary had returned home with stories about the native people who lived in this land of ice and snow near the North Pole. He said they lived in houses made of snow and paddled the Arctic Ocean hunting whales in tiny one-man canoes. Without wood for cooking fires, they ate fish, whale blubber and seal meat raw. They wore only fur and they hunted polar bears with spears. While nobody called Peary a liar, they were skeptical of his stories.

Peary concluded he should bring some of these Eskimos back to New York. He wanted to show that his stories were not exaggerated, and that humans could live and thrive in the extreme conditions of the Arctic.

Hopefully, these natives would generate interest and financial backing for another attempt at reaching the North Pole. Peary convinced six Eskimos to sail with him to New York, promising they would return the following year. Among the Eskimos who agreed to travel with Peary was Qisuk, who had just recently lost his wife, and Qisuk’s 10-year-old son Minik, also known as “Mene.” The Eskimos were curious to see the cities that Peary described. Buildings that reached to the sky with many families living in them, and horse-drawn trolley cars that pulled people about the city.

Peary sailed into New York and proudly displayed the Eskimos. He set them up in the basement of a museum as kind of a living exhibit. The general public paid an admission fee and toured the museum looking at dinosaur bones, relics and other oddities. Then they continued down into the basement to view the Eskimos in a zoo-like display of living human beings.

The Eskimos were trapped in a strange world they didn’t comprehend and couldn’t navigate. They didn’t speak the language and were dependent upon Peary and the curators of the museum for their food, comfort and other needs. They were continually gawked at by strangers as they tried to live their lives. This exposure to the outside world brought an unanticipated consequence, as the Eskimos had no natural immunity to the diseases carried by the throngs of onlookers. Minik’s father died of tuberculosis, and most of the others soon followed. Within a short period of time, only 10-year-old Minik was left.

Peary was embarrassed by the incident and chose to pretend that it never happened, essentially abandoning the young Minik. Minik was now an orphan, alone in a land where he didn’t speak the language. Fortunately, a museum curator named William Wallace brought Minik into his home. Wallace attempted to teach Minik to speak English and learn the American culture in which he now resided. Minik was sickly and often confined to bed, resulting in him being slow to grasp the English language, and he was many years behind boys of his own age when he attempted to go to school. Minik grieved for his father and his Eskimo way of life. 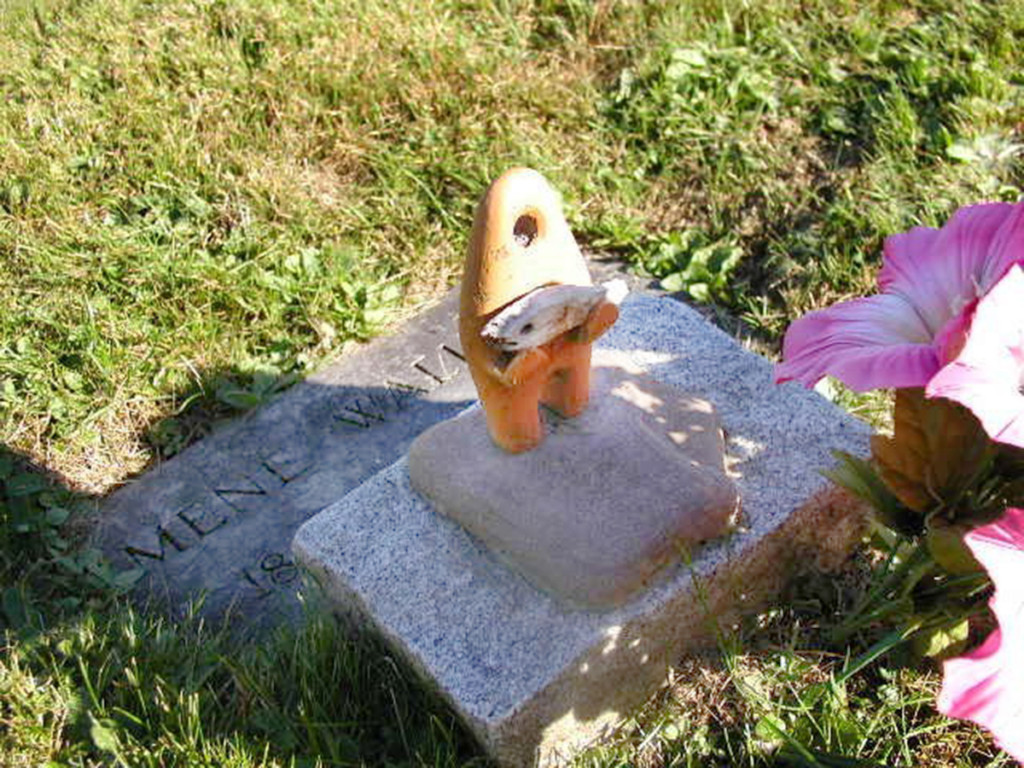 As Minik grew older he pleaded with Wallace, Peary and others to put him on a ship and return him to his home, but few ships sailed toward the North Pole and none had desire to take on an unpaying passenger. Eventually Peary made arrangements to send Minik back to his people. Peary says he was sent back “laden with gifts.” Minik says he had only the clothes on his back. In his native land, he was now faced with a new set of problems. He had forgotten much of his native language and had not learned the skills necessary to survive in the Polar Arctic. Although a native, he was now an outsider in his own world. Slowly Minik worked his way back into his native culture. He learned to hunt and fish, and had a brief marriage, but his life was not a happy one. He missed Wallace, his few friends in New York, and he had grown accustomed to warmer climates and softer beds.

When the Crocker expedition came to Greenland, Minik was hired as their interpreter. After completing his service for the expedition, Minik was given the opportunity to return to New York and accepted. Back in the US, Minik once again found himself unsuited to live in the world he was now in. His benefactors had written him off when they returned him to Greenland. He lacked marketable skills to support himself. His language and health were poor, so attending college was not practical. Completely lost and not knowing what to do, he started wandering.

Somehow Minik wandered into a logging camp in northern New Hampshire. For one of the few times in his life, he fit in and found happiness. Most of the men in the logging camps were misfits, outlaws, refugees, immigrants, or men that just didn’t fit into civilization. This was ideal for Minik as he didn’t fit in either.

Swedes, French, German, Polish, Irish and others, all worked together in the remote logging camps. There were so many different languages spoken that Minik’s broken

English wasn’t noticed. Minik worked in the camps in the winter and when the summer layoffs came, he moved into the home of a friend in Clarksville.

In 1918 when the Spanish flu pandemic swept the nation, tragedy struck again. Minik caught the flu and died. His logging companions pitched in and collected the money to bury him in this Indian Stream cemetery. The cemetery is now the final resting place for the homeless Eskimo named Minik, and is a silent witness to his story.